Uniting as never before

Never before have we seen so many people uniting around the world to protest against a single corporation and everything it stands for. Marching “for food freedom” against a company that has been dubbed the ‘most evil company in the universe’, even outdoing its 2011 World’s Worst Company award. MAM now represents the increasingly vociferous grassroots movement against seed dictatorship and genetic manipulation/patenting of our food supply for profit by the biotech corporations, the most controversial of which is Monsanto. Representing ANH-Intl, Yvonne England reported a great atmosphere at the London MAM event, which, despite strong messaging and the passionate desire of protestors to see change, was well organised and conducted in a spirit of peace and unity. 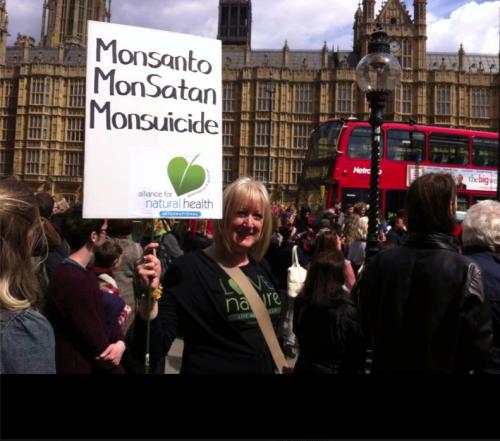 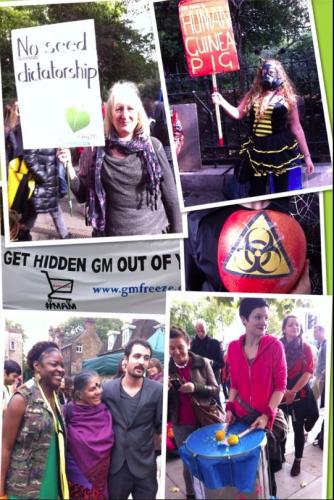 MAM marchers in London were treated to a special added bonus — a presentation by Dr Vandana Shiva, as part of the Fortnight of Action for Seed & Food Freedom. Dr Shiva is an immensely inspirational environmental activist, physicist and author, who has worked tirelessly for seed sovereignty and food freedom. Also speaking were representatives of GM Education, EcoNexus, the London Freedom Seed Bank and War on Want. 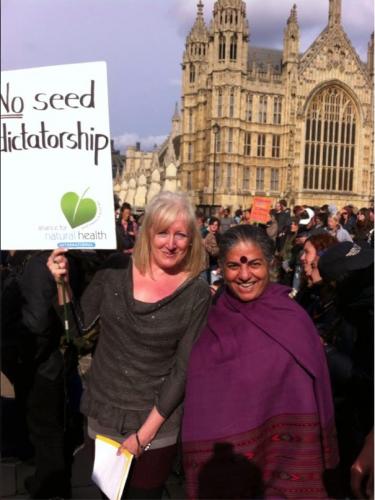 The chemical weapons inspectors of our future

She referred protesters to a report coordinated by her organisation, Navdanya. Entitled The GMO Emperor Has No Clothes. A Global Citizens Report on the State of GMOs – False Promises, Failed Technologies, it parodies the Hans Christian Andersen fable to illustrate what is happening to our food and agriculture since the advent of GMOs.

Dr Shiva emphasised that, “They [Monsanto] pretend they are inventors of seed, owners of seed and can collect royalties,” but that, “Our seed still belongs to our gardens and our hearts”. She told the protesters, “Seed, life, is about freedom! Any law that says you cannot have life, and you cannot have freedom is a criminal law that should be disobeyed!” Dr Shiva also reminded listeners that, “Ghandi said we will make our own salt and we will not obey your law. We say the same about using seed”.

Reality bit deeper as she continued speaking about the tragedy of Indian farmer suicides in the areas that grew GM cottton. She pointed out that there was, typically, a huge reduction in costs when farmers reverted to traditional growing instead of using GMO seeds – from 275,000 rupees down to 9,000 rupees. She said, “Small farms produce more,” declaring, “We are liberating the farmers by liberating the seed”. 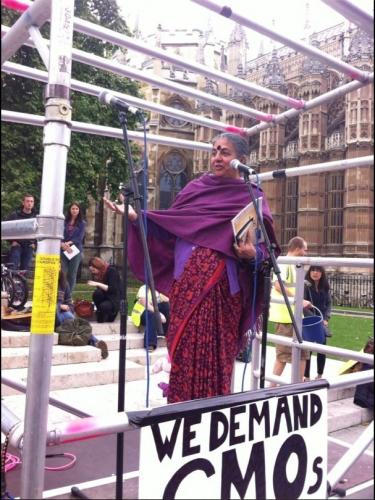 She warned that, “Our governments have been hijacked by Monsanto,” and that scientists, “Are being sacrificed by the Monsanto empire...We need to identify every scientist who has sold his mind and soul”.

Finally, rallying the enthusiastic crowd, she said: “It’s time for us to ‘Roundup’ Monsanto!. She said the seed freedom/anti-GMO movement needed, “Real people, real love and solidarity...we have to bring our relationship with nature back and most importantly we have to bring our freedom back”. 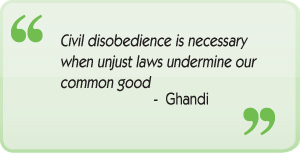 We strongly support Dr Shiva’s call for EU citizens to join the European appeal for Seed Freedom and Food Democracy. Launched on 2nd October 2013 on Ghandi’s birthday, we are reminded that civil disobedience is necessary when unjust laws undermine our common good. If you live in the EU, please sign this petition and share it as widely as you can. 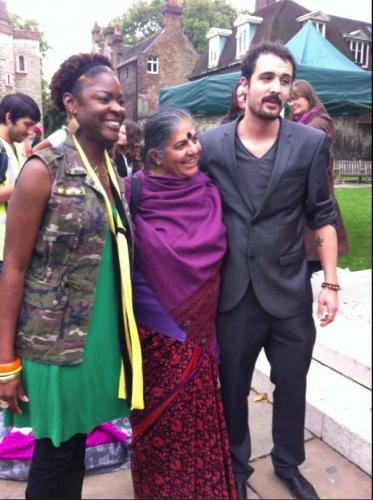 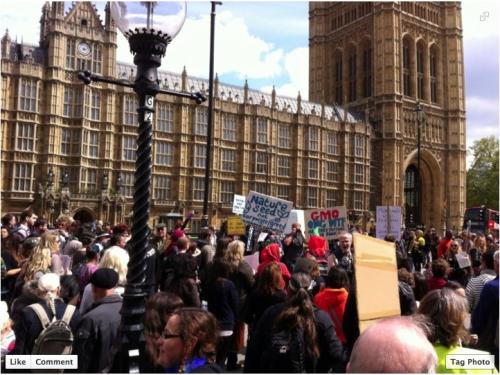 “March Against Monsanto” along the Embankment, London, October 2013 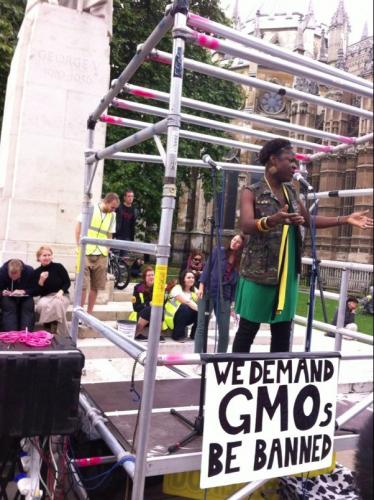