Home News How contaminated are your food supplements? 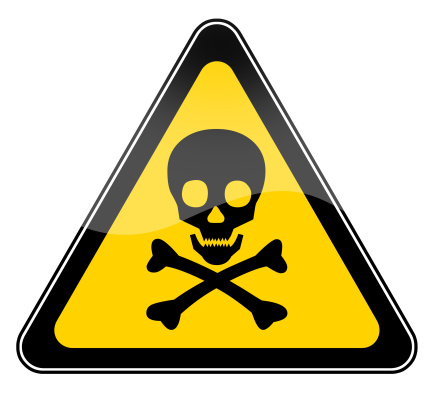 How contaminated are your food supplements?

As a much publicised investigation reveals the presence of heavy metal contamination in a broad sample of vegan protein products sold in the US, we look at the thorny question of whether heavy metals and other ‘nasties’ may be lurking in your favourite natural healthcare products.

Ever a favourite topic of the mainstream media – whether justified or not – contamination of natural healthcare products was recently catapulted into the public eye once more. When Mike Adams of Natural News went public with his findings of heavy metal contamination in vegan protein products sold in the USA, the companies involved responded rapidly by committing to improving the quality of their products.

But heavy metals are only one form of contamination potentially affecting the products that many of us take every day. Herbs and food supplements are among the safest substances that we consume. Some of them are taken specifically to enhance our natural detoxification capacity, a subject that has been subject of extensive research over many years. Today, Mike Adams was again on the offensive, suggesting that there are a small group of heavy metal denialists in the industry.

In the European Union (EU), contamination of foodstuffs, including herbs and food supplements, is governed by a bewildering array of official bodies rejoicing in an alphabet soup of acronyms. Central to these is the European Food Safety Authority (EFSA), which highlighted the need for “information on maximum levels for possible contaminants including e.g. heavy metals, mycotoxins, pesticide residues, and polycyclic aromatic hydrocarbon (PAH) residues” in its 2009 guidance on botanical safety assessment. Unfortunately, as part of its approach, EFSA developed a Compendium of botanicals reported to contain naturally occurring substances of possible concern for human health when used in food and food supplements – thereby casting suspicion on botanicals with a long history of safe use.

When it comes to botanicals, EFSA’s efforts are focused on two main types of undesirable substance. On the one hand, it’s anxious to minimise public exposure to substances that occur naturally in plants that may pose a risk if their concentration is too high and they are consumed regularly. This includes substances like aristolochic acids – originating from the unfairly maligned Aristolochia species – or pyrrolizidine alkaloids, that provide a diverse range of plants natural protection against insect herbivory, and may accumulate in products such as honey. 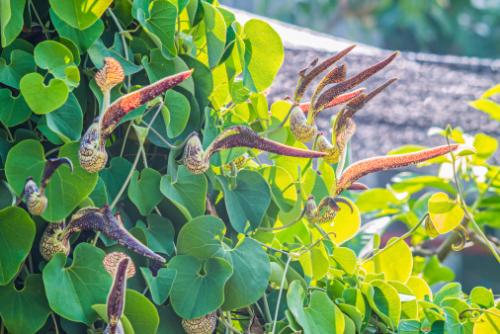 EFSA’s other focus in relation to botanicals, and our focus here, is their contamination with foreign substances, such as heavy metals, dioxins and pesticides.

It’s hard to find the plus side of being exposed to polycyclic aromatic hydrocarbons (PAH). They are a large group of organic compounds comprised of two or fused aromatic rings.  They originate from incompletely burnt organic matter, such as petrochemicals, but are also formed as a result of volcanic activity, forest fires, cigarette smoking, high temperature cooking and the smoking of foods.

One of the best studied PAHs is benzopyrene. Confirming just how unpleasant this hydrocarbon is, it is rated as a ‘proven’ (Group 1) human carcinogen by the International Agency for Research on Cancer (IARC). But at least 13 PAHs found in foods have been identified as clearly genotoxic and carcinogenic by the Joint FAO/WHO Expert Committee on Food Additives (JECFA). While analysis of benzopyrene was long used as a marker for the occurrence of PAHs in foods, more recent studies have shown that many foods had other genotoxic and carcinogenic PAHs in them, even if benzopyrene was absent. This led to EFSA’s 2008 decision to use 4 different PAHs — namely benzo[a]pyrene, chrysene, benz[a]anthracene and benzo[b]fluoranthene — as markers for the worst offending, carcinogenic compounds. The term ‘PAH4’ represents the sum of these compounds in a given food or ingredient.

Where do we find PAHs?

PAHs are ubiquitous, being present in the air we breathe and the food we eat. But where do we get most of them from? EFSA’s 2008 study involving nearly 10,000 analyses of 33 different food categories or sub-categories revealed that Europeans consume on average around 1000 ng of PAHs a day, with those in the highest consumption bracket downing over double this amount. The two foods groups with the highest levels were: cereals and cereal products and seafood and seafood products. Other important sources are high-temperature cooked meats and smoked fish and meats.

And are some of the herbs and supplements we choose to help support our health inadvertently contaminated? And are the total amounts we are exposed to a cause for concern?

It seems the answer to all three questions is: yes — at least sometimes. That’s especially if we’re not careful about which products we select, or, perhaps more importantly, which ingredients are selected for inclusion in products by manufacturers.

A major study in Holland, that was the subject of a PhD thesis by Martijn Martena completed in 2010, showed that 1500 Dutch herbal food supplements investigated between 2008-9 were contaminated with PAHs.

But like all pollutants or contaminants, it’s the dose that makes the poison.

Overall, Martena’s study showed that more PAHs are consumed in foods, than supplements. But what his research stressed, was that many supplements also had non-detectable levels, or levels below the threshold of 10 μg/kg. Martena therefore makes the salient point that such exposures to PAHs in food supplements are therefore preventable. And if maximum levels for these contaminants were made mandatory, it would force a clean-up and a shift to cultivation, drying and processing methods that minimised contamination.  In the meantime, reducing our exposure to PAHs has to be part of a game plan for living a long, healthy life.

There can also be issues with PAHs in herbal products and ingredients based on algae and cyanobacteria, such as Chlorella and Spirulina, respectively.   Whether or not this contamination is present in significant amounts depends largely on how the herbs are dried as well as their natural propensity to accumulate airborne PAHs. Spirulina and Chlorella are high up the list in this particular regard, hence their long-standing role as detoxifiers in the natural health arsenal. If the herbs are dried using diesel or oil dryers, the problem can be particularly pronounced since herb drying rooms are frequently heated using oil or diesel. 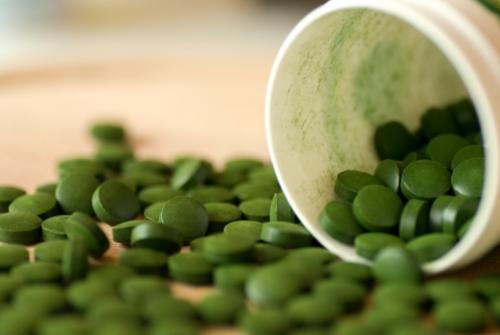 Martena found the highest levels of PAHs (in the range of 38-705 ng/day, including benzopyrene) in a relatively limited range of types of products. These included:

The relative amounts of PAH4 in various food supplements tested in 2008 and 2009 are shown in Fig 1. 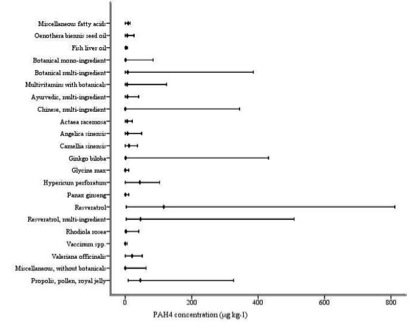 In 2011, the European Commission instigated a series of maximum permitted levels (MPLs) for different food categories, but not food supplements. These included MPLs of 35 mcg/kg PAH4 for smoked muscles and other molluscs, and 20 mcg/kg for coconut oil.  While a MPL of 30 mcg/kg was given for various forms of smoked fish and seafood, EU authorities have seen fit to make dropping this level to just 12 mcg/kg by 31 August 2014 mandatory.

So while Martena found some food supplements contained over 900 mcg/kg of PAH4 (Fig 1), the fact that high levels were limited to a small range of food supplement types and these are consumed in small quantities compared with conventional foods, he concluded: “Use at maximum recommended dose levels of individual food supplements, especially those with botanicals or propolis, can contribute significantly to PAH exposure, whereas collectively, PAH intake resulting from food supplement use will be at the lower end of the range of contributions of main food groups to PAH exposure of consumers of these foods.”

Now the lid is off the issue, manufacturers, formulators, suppliers and importers are increasingly testing for PAH4. It’s a good reason to buy products that you know are subject to this kind of testing and that reveal non-detectable (or very low) levels, especially if they are one of the types of products at risk of being contaminated. It may be more than worthwhile to request evidence of testing before buying more.

EFSA has long pointed out, heavy metals have historically been most prevalent in herbal products originating from Asia.  Some of the most relevant heavy metals to human health are cadmium, tin, lead, mercury, arsenic and aluminium, the first four of which are the subject of EU-wide MPLs courtesy of Regulation 1881/2006 (as amended).

Heavy metals are certainly more to the forefront of public consciousness than PAHs. But are they really a problem in the context of botanicals, or is it a case of media hype or misunderstanding of the forms found? It’s worth again looking to the substantial work of  Martena, who sampled 292 food supplement products from the healing traditions of Indian Ayurveda, traditional Chinese medicine (TCM) and traditional Tibetan medicine (TTM) on the Dutch market between 2004 and 2007. His group used inductively coupled plasma mass spectrometry (ICP-MS) to determine levels of mercury (Hg), arsenic (As) and lead (Pb) in mostly multi-ingredient products containing herbs and minerals. 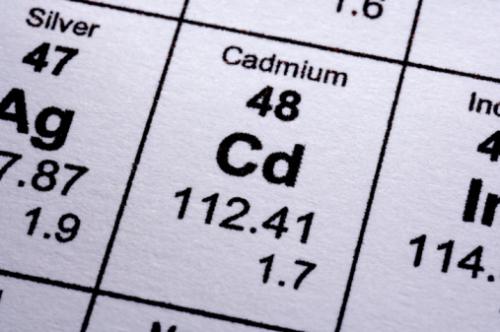 The EU’s heavy metals MPLs were introduced after Martena’s results were collected, but the author did put his findings into an EU context prior to publication. Of the total of 292 products, 101 (35%) exceeded the EU MPL for lead and 130 (45%) for mercury. Considerable numbers of products exceeded various safety levels for heavy metals proposed by different national and international bodies. His findings stand in stark contrast to those of a more recent Canadian study.

‘Bhasmas’ are specific preparations made according to the over 2000-year-old Ayurvedic ‘Rasa Shastra’ tradition and they use heavy metals as active ingredients. An increasing body of evidence suggests that if they are correctly prepared, as a result of the forms and the synergy of other ingredients within the formulations, there is no significant toxicity of these preparations.

However, there is also evidence that not all bhasmas are made correctly – and these may present some toxicity to consumers.

Acknowledging this, Martena tested 19 of the Ayurvedic preparations for their less-toxic organic mercury content, but 11 of 19 contained forms other than organic mercury suggesting some imported products may not meet traditional standards.

The alga chlorella – usually either Chlorella vulgaris or Chlorella pyrenoidosa – and the cyanobacterium spirulina – Arthrospira platensis and Arthrospira maxima – are both consumed as food supplements. Both are prized for their ability to chelate heavy metals in the body as well as their nutritional value. It is ironic, therefore, that heavy metals such as arsenic, aluminium, cadmium and lead have all been found in chlorella samples from around the world. Because it is a powerful chelator, chlorella is easily able to pick up pollutants from its environment, namely the atmosphere and water in which it grows.

The message is again clear: choose your products carefully – and purchase from manufacturers who understand the risks, and are prepared to source ingredients carefully and test for such contaminants. While this inevitably leads to a small premium in the price paid, it seems it’s a premium worthwhile paying.

Looking at contaminants in food supplements, as we have here, is not intended to make you feel that consuming food supplements is like engaging in a game of Russian roulette! At the same time, burying one’s head in the sand is hardly an option either.

Here’s what we advise.