Home News In search of true organic food — outside the supermarket 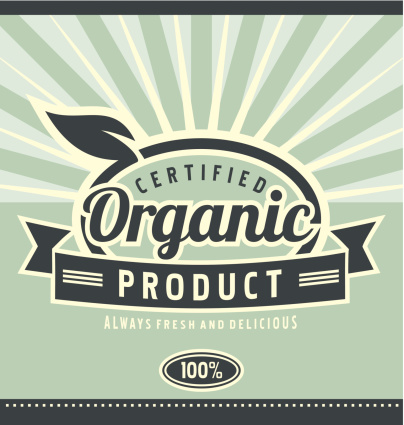 In search of true organic food — outside the supermarket

While Big Ag and Big Food continue to water down organic standards - how can you be sure to get wholesome organic food?

If you’ve got itchy feet, a hankering for organic and a desire for a bit of a life change, then WWOOFing may just be just what you’re looking for. WWOOF stands for World Wide Opportunities On Organic Farms, and it’s just that: a scheme that allows you to travel the world and work on organic farms. WWOOFing works just as well the other way round too. If you’ve already got an organic farm, allotment, community garden or similar scheme, you might want to consider inviting in some WWOOFers to help out!

But there are a host of other options available if this is one step too far.

If some globe-trotting WWOOFing isn’t an option for you right now, then here’s the skinny on high quality organic options closer to home.

People choose to go organic for a variety of eminently sensible reasons. Concern about the environment and perceived health benefits are usually top of most people’s list of reasons. Flavour and taste can also be important, as can be a desire to avoid consuming genetically modified (GM) crops. Appropriately grown organic food contains higher concentrations of key micronutrients than conventionally grown food, whatever the media and certain scientists try to say. Organic food is far less likely to be sprayed with pesticides, is guaranteed not to be GM, is usually the product of a more sustainable farming system than conventional agriculture and holds to higher standards of animal welfare. 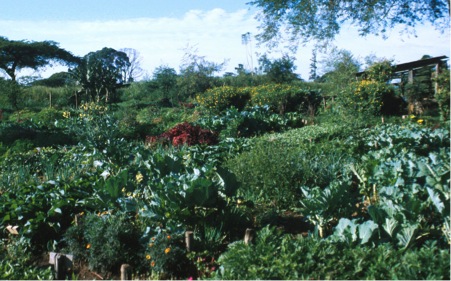 With certain honourable exceptions, some types of supermarket ‘organic’ food is not the same as organic food grown in a truly sustainable system based on ecological principles. When the profit motive intervenes above all else, high standards always suffer. Inevitably, the big boys sniffed profit in the air and leapt aboard the organic bandwagon. Almost as inevitably, they immediately began to worry at the very foundations of the organic system: the strict organic production standards and the cost of maintaining them. UK supermarkets’ shaky commitment to the organic ideal can be gauged from their decision last year to allow GM material into their non-organic animal food chains. Waitrose, the honourable exception, is also the only UK supermarket investing significantly in its organic offerings.

In the US, the organic sector is increasingly owned by fewer and larger corporate entities, and organic standards have been under threat for some time. Fortunately, the resistance has been at least as strong as the corporate assault.

All of which begs the question: What are the options for those seeking ‘true organic’ food? 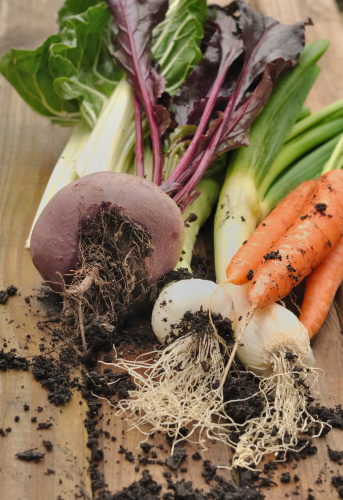 Vegetables fresh from the ground

ANH-Intl’s founder, Rob Verkerk PhD, based on his long history of involvement with organic farming as a researcher, upholds that organic certification has become more about what’s left out of the system, rather than what’s put into it. As a result, while large-scale production systems used to supply supermarkets can ensure products are free from synthetic pesticides and fertilizers, that’s not to say the soils they grow in are managed optimally to yield the healthiest crops.

As a result, some people are taking things directly into their own hands.

Over the 15 years that Pammy Riggs has been running Providence Farm in Devon, UK, with her husband Ritchie, none of her 100% organic, award-winning, pasture-fed chickens, ducks and geese have required even a single dose of antibiotics or deworming medication. 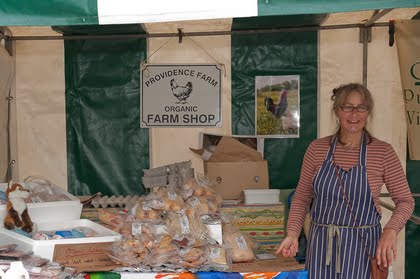 Pammy believes that their model is ideal for anyone wanting to produce organic meat for themselves and others, but who may not have the ready cash needed to purchase an entire farm. Instead, the budding organic farmer rents land from a larger, established organic farm. “We’ve made it work on a 9-acre rotation, but this can be expanded or shrunk to accommodate the individual,” says Pammy. “Finding a host farm with organic registration is important. Soil type is less important as the poultry will be an improving feature and the system ‘trains’ the poultry to adapt to the existing herbage and foliage. The idea is to make better use of organic land by creating another viable business on the same land.”

Pammy says there are three vital ingredients to her success.  “First, rotation of the bird houses and fencing as needed, which requires a portable setup. Second, low numbers of birds in each house for good welfare. And finally, training the birds to eat grass at an early age, as young as 2 days old, to establish good gut flora, along with grit to set up their gizzards.”

The Riggs may just have developed an ideal way for newcomers to begin producing great, organic food – and as Pammy says, “The model’s not in question – 15 years of no antibiotics attests to that! – even if it requires a special sort of multi-tasker to implement.”

UK organic farmer, and ANH-Intl supporter Oliver Dowding had this to say about Pammy's model:

"The Riggs' model is excellent, although as Pammy says, people would need to understand what they're getting into in order to make a 9-acre rotation work. The nine acres would have to be carefully selected, e.g. heavy clay is hard work when wet. Have a look at what Joel Salatin is doing in the USA. He is the example of what the Riggs are trying to do on a much larger acreage. Salatin is a contributor to my magazine of choice, Acres USA.

"All initiatives that bring more people closer to the land, to the source of their food, are to be encouraged. Food For Life is trying to do this, among others. There are farms where they have integrated a whole mini-society, such as with many Community Supported Agriculture (CSA) projects.

"Let's encourage as many as possible to do like the Riggs, but let's also enable others to do as well as they can wherever with whatever, meeting the current organic standards".

For those who don’t want to become full-time farmers, there are plenty of other options. Dedicating a section of your garden to growing organic fruit and vegetables is an obvious one. For those living in cities, particularly inner cities where gardens are at a premium, this may not be possible. Here, innovative thinking and community action can result in something beautiful: Growing Communities in London’s Hackney district, for example, has its own organic box scheme, apprentice programme for budding growers, its own ‘starter farm’ and farmers’ market. Similar initiatives are active all across the USA and worldwide. And of course, there’s the trusty allotment.

Think inside the box!

Even in the midst of a global economic slump, organic box schemes – both meat and fruit/veg versions – are booming. Wherever you are, a quick Internet search will bring up a satisfying list of options, some specific to the local area, others nationwide.

Farmers’ markets are springing up everywhere nowadays and are a great way to buy organic, locally produced food and connect with the producers. Even some supermarkets are getting in on the local action: for example, the UK’s network of Budgens stores are independently owned and stock locally sourced produce – so even if you can’t source organic produce, you may be able to find the next-best thing. Waitrose has a similar focus on local suppliers. Wherever you live, it’s worth checking the website of your local supermarkets to find out their policies on organic and stocking local. 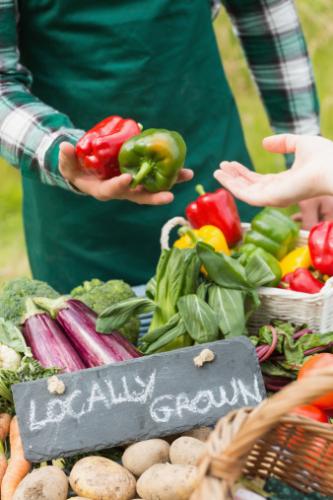 Going organic has never been easier and more inventive options are springing up all the time.  Please let us know if there’s anything we’ve left off the list and we’ll be happy to help get the word out.