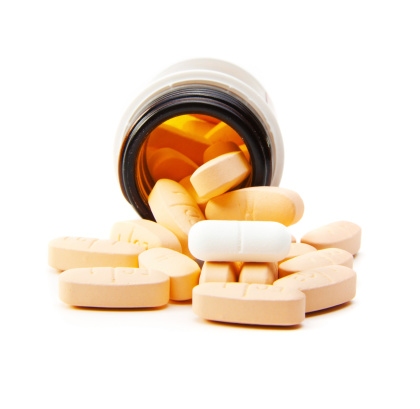 Insights on the FDA&rsquo;s latest proposed rule changes for labelling of foods and supplements

The USA: the bastion of (health) freedom, as well as of therapeutically active supplements that help reduce the US population’s burden of chronic disease. The EU: home of overly restrictive regulation that increasingly prevents its citizens from managing their health naturally. 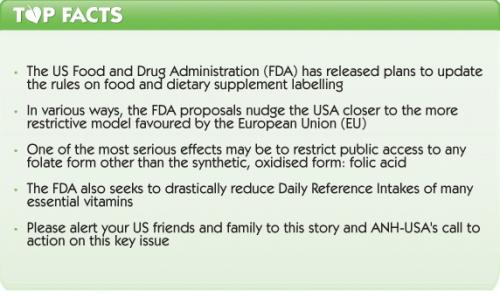 Both are huge generalisations, and of course neither are fully accurate reflections of most people’s reality. When the tyrannical rule-makers decided to infringe the US people’s freedom to choose how they manage their health in 1994 and on other occasions, it led to a huge outpouring of disdain by the US public. This culminated in the current version of the Dietary Supplement Health and Education Act (DSHEA), which did indeed create one of the world's most liberal regimes for dietary supplements. One that effectively turned the US into the R&D capital of the world for these kinds of ‘natural medicines’. But there have been many attempts to reign in the US industry since. The imposition by the US Food and Drug Administration (FDA) of the Current Good Manufacturing Practice (CGMP) rule is one such initiative – and its requirements, being both unclear and generally onerous, have already hit many of the inspected companies hard.

The EU is also far from a homogeneous trading bloc when it comes to food supplements. Only vitamin and mineral forms used in the manufacture of food supplements are so far harmonised EU-wide. The fates of other nutrients in the EU’s 28 Member States are down to the vagaries of national ‘competent authorities' – and these vary hugely, creating substantial and variable barriers to trade within and into the EU.

Earlier this month, the FDA released its views on how it wants to change rules over the labelling of foods and dietary supplements.

Those of us concerned about unnecessary, over-zealous regulation, especially when aimed at creating disadvantages for those choosing to manage their health by natural means, like to keep a very careful eye on such rule changes. While proposed rules, as is the case in this instance, may be subject to some consultation with industry, they entirely bypass the democratic law-making process. Worse than that, there is no obligation for the FDA or any other government agency to consider inputs from the consultation if they choose not to. And, when the rule changes oppress a given sector of the population – sadly, all too commonly including natural health interests – it amounts to nothing less than tyranny. This kind of FDA tyranny is succinctly laid bare by leading constitutional lawyer and FDA dragon slayer, Jonathan Emord, in his insightful book on the subject, The Rise of Tyranny.

Lurking within the 108 pages of the FDA’s proposed rule changes are some deeply concerning issues. We’ve worked with our colleagues at ANH-USA to flag some of these in yesterday’s release.

Here is a far from exhaustive list of concerns:

Together with our colleagues at ANH-USA, we’ll be submitting a detailed technical response to the FDA consultation on the proposed rule changes for food and dietary supplement labelling by the 2nd June deadline.

As you’ll see, there are clear signals of a strong desire by the FDA to edge ever closer to the much more restrictive approach long associated with European regulation. None of this should be a great surprise, given the enthusiastic nods the US delegation, headed by the FDA, has been giving in the direction of EU-led initiatives at successive annual meetings of the Codex Committee on Nutrition and Food for Special Dietary Uses (CCNFSDU).

But, as the US government found back in 1994 when it had to face one of the most powerful and effective political campaigns ever launched in the USA, the people can stop this railroading of liberty. US citizens, probably more so than any other population, are not willing to stand by when the tyrannical rule-makers decide to infringe the US people’s freedom to choose how they manage their health.

Watch this space. Rest assured we’ll keep you posted, but in the meantime, make sure you alert your US friends and family. If the FDA gets away with this sleight of hand, it will seriously affect the availability of reduced, bioactive forms of one of the most interesting, important and multi-functional vitamins: folate.