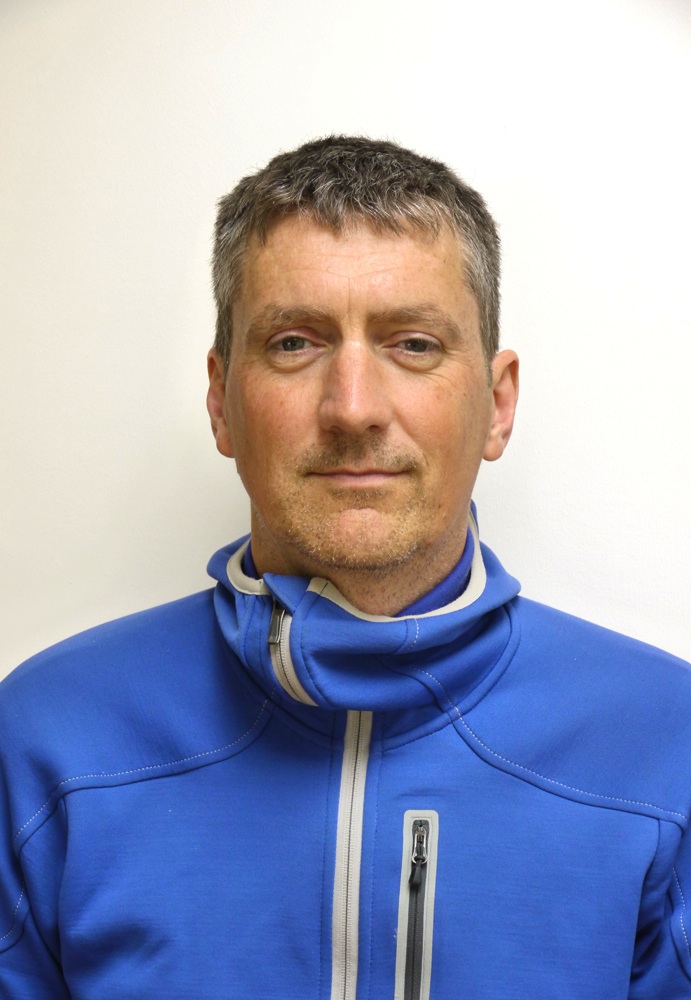 “Why didn‘t someone think of this before?” will, we suspect, be many people’s reaction to Bristol, UK-based nutritionist and clinical psychoneuroimmunology (cPNI) practitioner Jamie Richards’ latest idea, in collaboration with Wild Oats Natural Foods. After all, there’s nothing revolutionary about gathering together some of the brightest and best of natural healthcare and mainstream medicine, putting them on a panel and giving them some interesting topics to discuss in front of an audience. After all, if the British political television program Question Time can become a national institution by following a similar model, what better way to spread the news that natural healthcare can debate science and practice on an equal footing with the orthodoxy? Excited to learn more, we caught up with Jamie in this exclusive ANH-Intl interview.

ANH: Can you tell us a little bit about your background please, Jamie?

Jamie: I initially trained as a nutritional therapist at the Institute for Optimum Nutrition (ION) in the UK. While this was a wonderful start, if you like, it didn’t take me too long to find that it didn’t fulfil many of my clients’ wishes or how I wanted to deal with people. So I went on a ‘big search’: instead of following continuing professional development (CPD) in the conventional way, I sought out practitioners whose work I admired and spent some time with them instead. This winding path eventually brought me to the Natura Foundation, where I signed up for the 2-year cPNI course. In a nutshell, cPNI answered many of my questions as to ‘why’ health challenges occur, as opposed what we can do to put them right. And this may sound odd, but despite the fact that I qualified as a nutritional therapist, with over 50% of my clients I don’t discuss nutrition at all – that’s not the focus they require.

ANH: Describe your current practise model for us.

Jamie: Nowadays, I run clinics all over the southwest of the UK; for example, Bristol, Portishead, Cheltenham and Gloucester. I tend to work with other practitioners, especially osteopaths and physiotherapists, specialising in non-responders – people who simply don’t get the desired benefit from whatever therapy my colleagues prescribe. Typically, these guys have shuttled from practitioner to practitioner on the orthodox side and they’ve been ‘in the system’ for a long time. Nothing seems to be wrong with them, but they’re not right.

The other side of my practise is to do with sports performance. I’ve built up a reputation for working with ultra-endurance athletes and explorers/expeditionists – people who are doing transcontinental walks or climbing Everest, for example. The crossover between the two sides of my practise is fascinating and I think it’s a very healthy place for me to be at the moment.

ANH: Can you please describe what cPNI is and how it can be used to unravel complex health problems?

Jamie: That’s a tricky one! Even the best non-cPNI practitioners have difficulty describing what cPNI practitioners do, and I have a tough time marketing myself as a cPNI practitioner. What it boils down to, I think, is that cPNI opens the possibility for very, very small solutions to solve very big problems. Compare this attitude with that of mainstream medicine, which is always on the lookout for the next big solution, the next silver bullet!

To put this into context, one of my clients was a builder with polymyalgia. He’d had this condition for 6 years and had been to seen numerous specialists, and came to see me after being referred by a physiotherapist. One day, after we'd had a long and in-depth conversation about his health picture, we were chatting and the conversation turned to whether there was anything he was ashamed of. It turned out that his doctor had put him on antidepressants, and that he hadn’t told anyone about it – not even his wife. Because he was so ashamed, I suggested that he go home and have a conversation with his wife about it, which he did; and although I still work with him, he hasn’t had a day’s pain since then. His polymyalgia pain was intrinsically linked to his feeling of shame.

ANH: Let’s move on to your new venture. What’s it all about?

Jamie: I’m incredibly excited about this! I’ve been giving talks on nutrition and health with Mike Abrahams, the owner of a health food shop called Wild Oats in Bristol, for about a year now. I recently decided to change the parameters of these events to include National Health Service (NHS) representatives as well as natural health practitioners. What we’re going to do is base our events on the format laid down by Question Time: a four-person panel discussion controlled by a chairperson, all taking place in front of an audience. Each panellist will have 15 minutes to present their case, with topics chosen by Mike and I beforehand – last time, it was ‘Age and cognitive decline’, for example. The next one will be ‘Food intolerances and allergies’. No-one’s given any restrictions or guidance on what they talk about, beyond the overall title. Once everyone’s finished speaking, we throw the meeting open to questions from the floor, some of which are pre-submitted and others are spontaneous. We had around 100 people at the last event, and we reckon it could get a lot bigger. As I say, very exciting!

I can exclusively reveal that the panel for the next meeting, on Wednesday 21st May, will be myself, George Cooper – who’s a Chinese acupuncturist and herbalist who’s just written a book called Be Your Own Nutritionist – Sebastian Pole of Pukka Herbs and Dr Jens Rohrbeck of the Helios Medical Centre. The Helios Centre is an anthroposophic medical practise, which Bristol is incredibly lucky to have as there’s only one other in the UK, I think.

ANH: What do you want to achieve with these panel meetings?

Jamie: In a word – choice. I’m trying to give people choices. What I’ve discovered in my practise and through learning and using cPNI is that, in the process of getting sick, people’s viewpoints tend to become very narrow. And not just the people who are ill, but their friends and family as well. I liken it to someone in an abusive relationship. Many of these people are in complete denial, even though the evidence is all around them. You can sit and talk to them about the situation and they’ll agree, agree, agree with everything you say – and then carry on as if nothing had ever happened. People can be very reluctant to give up their illnesses, and what I want to do is to give people choices, to help them see that there might be a better way. Whether that’s conventional NHS-style medicine, homeopathy, acupuncture, cPNI – I don’t care!

ANH: What are your future plans for the events?

Jamie: We’ve had great feedback from these events, in both formats, and I reckon the new format can go a lot bigger. The May meeting is booked out already, and I can genuinely see 400–500 people attending in future. Anyone wishing to attend can book through Wild Oats or contact me via my Twitter account. We’re also looking to expand the format and take it to other towns and cities, so anyone who wants to do this can contact me!

ANH: To round things off, can you highlight any emerging schools of thought or therapies that really interest you at the moment?

Jamie: Something with great implications for health, I think, is the concept of doing more on less. Of being able to push the body to overcome problems and find solutions even when those solutions aren’t immediately obvious. Concepts like training to improve mitochondrial function – which can find energy when there seemingly isn’t any energy to be found – really interest me. One final thing I’ll say is that, the more I do this job, the less I’m concerned with what people are eating and the more concerned I become with the way people live their lives, how much they’re eating and when they’re eating it! People get too hung up on the minute detail. In cPNI, health is defined as our ability to support ourselves during spontaneous physical activity, which is a definition I like. I worked with Jamie McDonald recently, who ran across Canada. At the start of the run – when he was sleeping in a little tent by the side of the road, drinking filtered water from a puddle, eating butter and tinned fish – he got stronger and stronger. Later, when the Canadian public took him under their wing and fed him, gave him a comfortable bed and a place to stay, that’s when he became prone to injury. Our modern luxuries are not necessarily promoting our health.

For more information on Jamie and Mike’s next panel discussion, ‘Food intolerances and allergies’,on 21st May 2014 in Bristol, contact Wild Oats or Jamie via Twitter. And if you’re not local to Bristol, think about organising an event in your area.