Home News Negligence and nanny-state tactics in childbirth and parenting 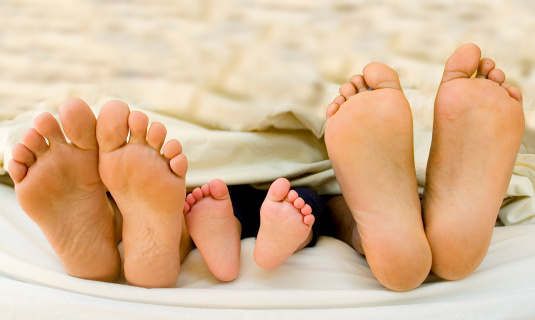 Negligence and nanny-state tactics in childbirth and parenting

Parenthood is one of the defining aspects of humanity; nature has ensured that the bond between parent and newborn child is sacred, deep and inviolable. Yet several lines of evidence indicate that governments in the UK and elsewhere may be slowly and stealthily inserting themselves between parent and child. Is it time for us to wake up and stand up for our rights – before the State redefines the parent–child relationship forever?

Breastfeeding has fallen off the health agenda. In the UK, less than 50% of mothers are breastfeeding by their first 6- or 8-week checkup —that's 327,000 British babies that are on infant formula in the absence of breast milk from this young age. Worse than that, less than 1% are breasfed after 6 months, one of the lowest rates in the developed world.  There's simply not enough priority for it in the healthcare system, and not enough midwives, or lactation nurses to go round. There's also a strong desire to not make mothers feel guilty if they can't or don't want to breastfeed. For us, there's actually a big difference between not being able to, and not choosing to, breastfeed—especially if the latter decision is made without full possession of the facts.

Yet the science tells us consistently that breastfeeding exclusively to 6 months is one of the most important gifts we can give our children, helping them to build resilient immune systems, grow and develop optimally and suffer a lower risk of chronic disease in later life. And while mastitis and commonly prescribed antibiotics may be the trigger that stops some mothers breastfeeding, continuing breastfeeding and using antibiotics that don't pass through breastmilk is recommended, at least on paper, by the UK's NHS. For those who want a more natural approach, it's a little known secret that there are a whole host of immune supporting natural health strategies that can help mum's through this difficult time, enabling them to overcome the infection and continue feeding their little one. Parents wanting more on this should consult a qualified natural health, herbal or nutritional practitioner with experience in this field for more information or a consultation.

But are there other examples of healthcare relating to our youngest and most vulnerable members of society – whether state-provided or not – of governments acting negligently or overstepping the mark?

Meddling with independent midwives in the UK

The rate of UK home births is currently one in 50 and may soon rise if draft proposals from the National Institute for health and Care Excellence (NICE) are implemented.  Ironically, government policy on independent midwives may make this impossible.

While many home-birthing mothers can be supported by a National Health Service (NHS) midwife, with hospital admission as an emergency backup, many other women choose to give birth outside the hospital system entirely – particularly those opting for a more natural birthing method and those with traumatic prior experience of hospital birth. For these women, and those deemed at high risk of birth complications for whom NHS guidance recommends a hospital birth, independent midwives are a godsend.

Unfortunately, the UK government may not see it this way. Its interpretation of the European Union (EU) Cross Border Healthcare Directive (Directive 2011/24/EU) has resulted in legislation that says that midwives require professional indemnity insurance (PII) to practise legally. Fair enough, you may think – it’s the same for all other health professionals, including NHS midwives – and independent midwives would agree. The problem is that, because there are so few independent midwives and consequently little profit to be made, no UK insurance company has offered them a PII policy since 2002 – despite the fact that the independent sector receives the same training as NHS midwives. But the problems go further than the UK, according to Sam O’Brien of Independent Midwives UK. “Independent midwives in France, Germany and Spain are also suffering because of this new Directive,” she confirmed to ANH-Intl.

Even when Independent Midwives UK (IMUK) found a potential solution, the government refused to support it. The result? “Some areas of the UK, like Norfolk, have already told mothers that home birthing isn’t an option as there simply aren’t enough midwives,” said Ms O’Brien.  It’s difficult to escape the conclusion that the UK government wants an end to independent midwives altogether, along with another ancient, long-standing and optional practice, placentophagy—the consumption by the mother of the placenta after birth—courtesy of the EU’s Novel Foods Regulation.

Vaccination, education and medical treatment: three aspects of parenting where most of us instinctively feel that choice should be sacrosanct. Governments worldwide increasingly disagree.

In Australia, the media viciously demonised non-vaccinating parents under the banner ‘No Jab, No Play’, following which the government of New South Wales introduced legislation to ban non-vaccinated kids from daycare facilities. A similar bill was defeated in Queensland, and the debate continues countrywide. The government is now ratcheting up the pressure on Australian non-vaccinators by threatening to withdraw certain tax entitlements for low-income families. A similar picture is repeated elsewhere in the region and in the USA.

And in medical treatment of their children

Parents of severely ill kids are increasingly finding that their treatment options are limited or non-existent. The cases of Neon Roberts in the UK in the UK and Daniel Hauser and Sarah Parisian in the USA, among others, show how quickly parental choice can evaporate in the face of medical authoritarianism.

These developments are worrying from two perspectives. From a purely natural health point of view, we believe that the UK NHS and local authorities are insufficiently prioritising breastfeeding support and not providing young mothers with sufficient information about the potential consequences of not breastfeeding.

At the same time, each new governmental restriction on parental choice subtly reframes the relationship between parent, child and state. Whenever parents lose their absolute right to choose whether to give their kids the MMR vaccine, to refuse chemotherapy in favour of the natural route or – even more fundamentally – to bring their child into the world as they wish, the spectre of government interference solidifies between parent and child. Each little erosion of parental responsibility means an equal accretion of state power over the growth and nurturing of our children.

Looked at this way, it’s impossible to dismiss concerns about natural healthcare and health choice as “none of our concern”. It’s time to get aware and get involved – whatever your views on natural healthcare.