Home News Is the EU preparing to dumb down your supplements? 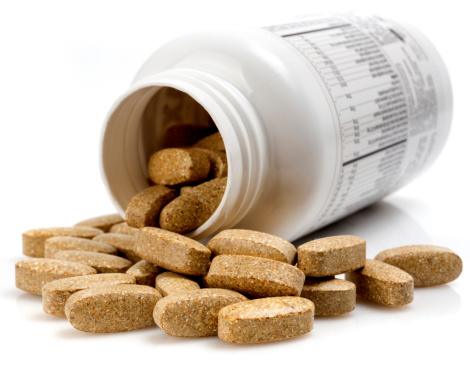 Is the EU preparing to dumb down your supplements?

ANH-Intl petition against EU-harmonised maximum permitted levels (MPLs) closed by European Commission with no right of reply. What's next?

Why has the European Commission (EC) suddenly dismissed several long-standing petitions on vitamins and minerals submitted by ANH-Intl and others? Is it clearing the decks for its proposals on maximum permitted levels (MPLs) of these substances in food supplements?

Protecting Europeans from vitamins and minerals

One of the most disconcerting aspects of the European Union (EU)-wide web of legislation affecting natural healthcare is its long-standing commitment to set a ceiling on the maximum dosage on vitamins and minerals allowed in food supplements (and fortified foods, as it happens).  To ensure Europeans are supposedly protected from excessive intakes by capping maximum levels, the European Commission is also committed to setting EU-wide minimum levels.  Given the EU fondness for acronyms, this process is referred to as MPLs, i.e. maximum – and minimum – permitted levels (MPLs).

The commitment to establish MPLs EU-wide was legitimised back in 2002, when the Food Supplements Directive (FSD; Directive 2002/46/EC) narrowly passed into EU law.  While it was initially expected that MPLs would be set in around 2007, it’s taken another seven years for the Commission to make the push for harmonisation of levels an apparent priority.

One of the big stumbling blocks to progress has been the lack of agreement over what methods should be used to determine maximum levels.  The FSD states the key criteria that should be taken into account, and so far there have been two main efforts to develop methods to do this. Each has significant weaknesses.  However, ANH-Intl has been at the forefront of exposing the scientifically flawed nature of these methods.

While the main driver to harmonising MPLs is meant to be safety considerations, the misuse of science in the process could actually prevent many Europeans from reaping the numerous health benefits of safe levels of micronutrients.  And let’s not forget that the European Commission has previously indicated that food supplements are not intended to have therapeutic effects – the sole preserve of drugs.

Earlier this week, the Commission successfully dismissed five petitions submitted by ANH-Intl, the Irish Association of Health Stores (IAHS) and others.  The Commission had tried this before, unsuccessfully.  These petitions pointed out numerous problems that MPLs would likely cause for European consumers and the natural health sector alike. Despite having been successfully defended by ANH-Intl’s executive & scientific director, Robert Verkerk PhD on two previous occasions, the EC’s successful dismissal was abrupt, to say the least.

We wonder whether the EC’s unheralded rejection of the relevant petitions represents a ‘clearing of the decks’ prior to the MPL proposals being released – a way to remove public objections to the EC’s plan for food supplements prior to railroading those plans into law.

If this turns out to be the case, we’ll be ready. The Dutch research organisation TNO will soon be publishing the results of a ANH-Intl commissioned project designed specifically to find more scientifically rational methods of determining maximum safe levels of vitamins and minerals to be used in food supplements.  These will be based on dual consideration of risks and benefits, as well as taking into account variations between different forms of vitamins and minerals.  We are hopeful that the results will clearly demonstrate that a more scientifically valid method for determining MPLs could do the job far better than the methods currently on the table. With these data in the public domain, we believe it will be much harder for the EC to argue that it’s ‘our way or the highway’.