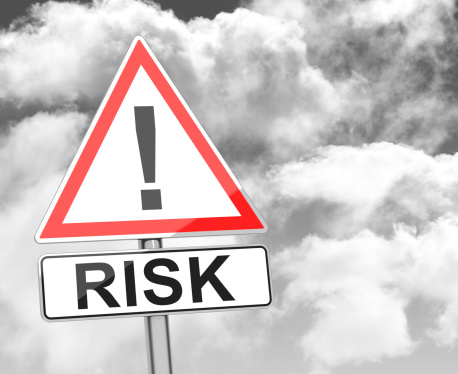 In April of this year, ANH-Intl and others submitted evidence to a UK cross-party parliamentary inquiry into “GM foods and application of the precautionary principle in Europe”.  All the submissions received have now been published on the website of the Parliamentary Committee on Science & Technology – and they throw the divisions between pro- and anti-GM camps into sharp relief.

As we observed in April, “The biotech industry has long argued that it’s the use of the precautionary principle in Europe that is hampering the approval process”. Accordingly, Andrew Miller MP reflected the position of the consistently pro-GM UK government when introducing the consultation as Chair of the Commons Select Committee: “GM technology potentially offers an array of benefits, but concerns are being expressed that it is being held back by misuse of the precautionary principle.  In this inquiry we will be looking at whether such restrictions are hampering UK scientific competitiveness and whether they are still appropriate in light of the available evidence on the safety of GM.”

The consultation sought answers to the following six questions. One clear point of difference that emerged between the pro- and anti-GM camps was their view of the effects of the precautionary principle (PP). GM proponents felt that the PP is either an unnecessary burden altogether or that it is being misused to needlessly delay approvals of GM technology in Europe. On the other side of the fence, GM opponents regard the PP as a vital safeguard for the environment and public health against the unknown effects of GM. Interestingly, some pro-GM responses advocated a move toward a regulatory system that assesses potential benefits of GM at the same time as hazards; a proposal that we see as having inherent dangers. After all, a similar system for pharmaceutical medicines has done nothing to prevent death and injury to millions. Since virtually all of the proposed benefits for GM crops have so far proven illusory, it seems inevitable that such a system would prompt an avalanche of biotech company PR, much of it ‘scientific’, to bolster their claims of benefit.

1.    Are current EU and UK regulations intended to assess the safety of genetically modified (GM) foods fit for purpose?  If not, why not?

ANH-Intl replied that current EU and UK regulations are not fit for purpose, and stated “these industry-agreed, regulator-approved approaches are based less on objective scientific criteria than they are on a protectionist agenda”.

The UK Food Standards Agency sang from the UK government’s GM-friendly hymn book: "The framework for the regulation of GM foods and the basic procedures is sound...the FSA will support the authorisation of GM products where there is a positive risk assessment from EFSA’s GMO Panel”.

The Royal Society replied: “The current European regulatory framework for GM does not define environmental harm, and thus prevents the appropriate identification and management of risks.  Safety assessments would be improved if they focused on testing clearly defined hypotheses of how a trait of a novel crop or its use could represent an environmental or health hazard.  This requires a more coherent understanding of what constitutes unacceptable harm from the outset and a plausible pathway linking the novel trait to a harmful effect”.  The Royal Society appears to overestimate the degree to which we understand and can predict the downstream effects of transgenic events, something that the precautionary principle takes into account.

2.    How have EU and UK regulations on GM foods affected the UK’s international competitiveness?

ANH-Intl observed: “A far greater factor in the UK’s international competitiveness in relation to GM foods is public perception of GM foods and the widespread, justified distrust of the technology”. The UK and EU publics have repeatedly rejected GM technology, a fact their politicians seem unable or unwilling to grasp.

GM Freeze said: “Research suggests that non-GM farming in the EU has outperformed GM farming in the USA and that Europe has maintained a greater diversity of seeds by avoiding GM cultivation...Introducing GM crops to any part of the UK would...increase food production costs and reduce competitiveness”.

Predictably, the UK Department for Environment, Food and Rural Affairs (DEFRA) and the Department for Business, Innovation and Skills (BIS) replied: "The dysfunctional nature of the EU regime threatens our competitiveness because it is deterring investment and innovation in new GM crops in Europe, and discouraging applications for EU approval of commercial planting."

3.    Does the current EU and UK regulatory framework allow for GM foods to effectively contribute to the delivery of the UK Agricultural Technologies Strategy? If not, why not?

ANH-Intl responded: “There are numerous, proven or highly promising scientific and technological developments that can assist the UK’s growth in this sector that do not involve genetic modification based on the introduction of genes from unrelated species”.

Bayer CropScience Ltd replied: “The current apparent impasse on approvals for cultivation, together with slowness of the implementation of import and food use files does nothing to foster a positive image of Europe when it comes to innovation in agriculture.”

UK consumer organisation Which? said: “The Agricultural Technologies Strategy is currently focused very much on economic and commercial needs, without recognising wider consumer acceptability issues.  There is no consumer representation in the Leadership Council, for example.  It is essential that this is changed by taking steps to ensure a more open debate about the different options on offer for UK agriculture, their potential risks and benefits and the role that different technologies may be able to play.” While it is clearly the job of Which?, it’s refreshing to see the views of citizens being given the weight they deserve in the GM debate.

4.    What are the particular barriers to the conduct of research on GM foods in the UK?

Swiss agribusiness company Syngenta replied: “The criminal activity around illegal destruction of field trials in the UK continues to serve as a deterrent to performing field trials since the cost in security is excessively high”. Such “criminal activity” is a reflection of the public’s distaste for GM technology and its anger at field trials being performed in the face of widespread opposition.

5.    Is the EU’s application of the precautionary principle in relation to GM foods appropriate? Does the EU recognise and handle properly the concepts of hazard and risk?

ANH-Intl responded: “More important than the PP itself, interpretation of which may be highly variable, is what criteria and thresholds of safety and risk/hazard assessment are considered adequate for validating safety of a given food, and what types of data, or lack thereof, may be sufficient to trigger the PP”.

The UK Food Standards Agency “the difficulties faced in completing the authorisation procedure for new GM products are largely related to the reluctance of many Member States to support the authorisations.  In most cases, the opposition to authorisation proposals is not based on evidence of risks to health but reflects additional considerations such as the political stances of national Governments and/or public opinion”. Here, the FSA seems to bemoan the inappropriate attitudes of UK voters and taxpayers – otherwise known as its employers.

Professor C J Pollock, a retired academic with considerable experience in genetics, plant breeding and GM regulation, wrote: "De facto prevention of the cultivation of GM crops by regulatory inertia moves us towards hazard management. This is neither justified by the inherent nature of the technology nor proportionate to the residual risk generated by cultivation.” Prof Pollock goes on to recommend a regulatory system that takes into account both the hazards and potential benefits of GM crops, a system that has failed to prevent millions of deaths when applied to pharmaceutical drugs.

Notoriously pro-corporate science charity Sense About Science replied: “The EU is using the precautionary principle only to consider the risks of doing something but not to consider the risks of not doing something which may have done some good.  And it only looks at risks and not at benefits.  Restricting the view only to risks, and in some cases only to hazards, is the opposite of responsibility.” Sense About Science clearly agrees with Prof Pollock and others advocating a risk–benefit regulatory system for GM.

6.    Are there other examples of EU regulation in which the precautionary principle has not been applied appropriately?

ANH-Intl replied: “Given that the PP is implicit on all EU food regulation, it applies also to food supplements.  In order to ensure consumer safety, Directive 2002/46/EC requires use only of chemical forms of vitamins and minerals for which safety has been evaluated…This ‘positive list’ of permitted vitamins and minerals includes some substances that would not normally be regarded as minerals suitable for food supplements, nor would they be viewed as safe at higher levels of inclusion.  Examples of such minerals include: sodium fluoride, potassium fluoride and sodium monofluorophosphate”.

The UK Department for Environment, Food and Rural Affairs (Defra) and the Department for Business, Innovation and Skills (BIS) wrote: “Decisions do not always follow the established decision-making process.  The recent negotiations on neonicotinoids are a case in point.  The neonicotinoids met the existing regulatory requirements.  New studies suggested sub-lethal effects that were not fully considered by the existing regulatory studies.  The European Commission’s response to this situation did not follow the approach set out in its own Communication on the precautionary principle published in 2000”. The UK government was one of the few not to vote for the partial EU ban on neonicotinoids enacted in 2013.