Home News ANH-Intl Feature: The UK’S NHS — a crisis in the making 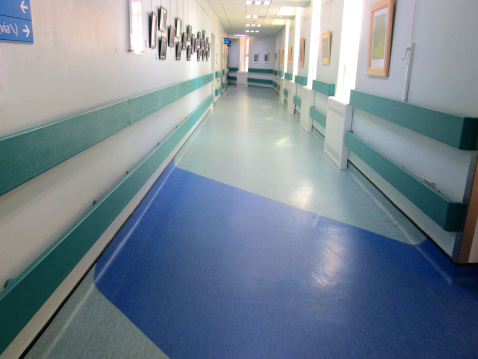 ANH-Intl Feature: The UK’S NHS — a crisis in the making

ANH's founder considers whether the British public could save not only the NHS, but themselves

Too big for it’s own good?

The UK’s National Health Service (NHS) is the 5th largest employer in the world. Its 1.7 million employees put it behind two armed forces of countries many times larger, and two US-headquartered food suppliers, Walmart and MacDonald’s (see table below). You’ll no doubt note the irony the types of foods and drinks sold by Walmarts and MacDonald’s are themselves so linked to the dietary-related diseases that now so burden the NHS.

But bigger isn’t always better. The King’s Fund and others are warning that the NHS — this behemoth of a disease management service — is set to run out of money, possibly in as soon as two years. 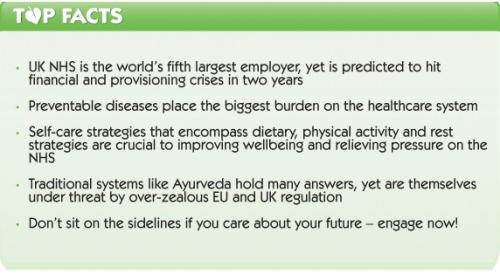 With such a large organisation, how does the per capita spend work out? You may be surprised that the UK spends less on healthcare per citizen than virtually any other EU country, with only Italy spending less.

While some belated progress is being made with reducing spend, there’s little evidence that performance is improving — and GP referrals, emergency admissions and A&E admissions continue to rise.

This is a crisis of unprecedented proportions waiting to happen. Ever increasing demand, chequered performance (in those areas where it is being measured) and lack of funds don’t make happy bedfellows. Resolving any of these is a tough ask. Given a choice, most of us would be far better off avoiding unnecessary use of the NHS, especially given the extraordinarily high risk of preventable medical injuries from hospitalisation. The best way of relieving pressure on the system has to be by minimising the population’s risk of preventable chronic diseases (cancer, heart disease, diabetes, obesity, osteoporosis, Alzheimer’s disease, anxiety, depression, etc), these placing by far the greatest burden on the healthcare system.

Self-care now – or it’ll be too late

At ANH, we have long advocated that one of the difficulties society faces in getting more people engaged in diet and lifestyle based disease prevention strategies is down to inconsistent, contrary, ineffective or excessively limited advice or guidance. For any one interested in self-care — of achieving the highest level of vitality — it’s about getting it right on several fronts at the same time. Following are some of the key priority areas:

Ayurveda: more relevant than ever

And what’s so interesting is that these basic approaches, albeit in some form or another, are all part of the millennia-old Indian, traditional ‘science of life’, Ayurveda.

So it was a pleasure last week to have been involved with the establishment of the inaugural meeting of the All Party Parliamentary Group (AAPG) on Indian Traditional Sciences in Westminster. Ayurveda represents a truly holistic system of healthcare, that has evolved continuously over the last 4,000 or so years. It puts the individual at its centre, and takes into account the physical body, the mind and even our spiritual state. An ancient Ayurvedic proverb puts things admirably into perspective, saying: “When diet is wrong, medicine is of no use. When diet is correct, medicine is of no need.”

There has never been a more relevant time for Ayurveda and other traditional systems of medicine. Such traditions are relatively undistorted by the profit motive, or by the reductionist Western mind. But we must also be very mindful to pay these traditions their due respect and not allow them to become fragmented. Yet, one of the main reasons this AAPG has come together is because this tradition faces so many challenges from European and UK regulators. Frankly, it’s an absurd situation and thankfully there is a political will to do something in Westminster.

We have already sometimes relegated ‘panchakarma’ into exclusive spas fit only for the wealthy, and many yoga classes are conducted in fitness centres as if they were solely for the sport-inclined, and were only a form of physical activity. Other Westerners, including the UK’s medicines regulator it seems, think Ayurveda is just a form of herbal medicine. It is, in fact, an entire philosophy for life and wellbeing, and as such, it incorporates a huge diversity of approaches – the very things that are typically so deficient in the advice given by Western medicine-trained GPs during their 10-minute (or less) consultation.

So, where do we go from here? Forwards obviously! But there is no doubt in my mind that we need to do everything we can to take responsibility for our own health and maintain access to the information we need to give us this freedom to choose. It is also my belief that this freedom will be something we will need to continue to fight for. I implore you to not put your head in the sand and wait for someone else to protect your future choices – or those of your children. We must stand together, in groups or communities, as a force of both social and political change. Remember that our elected representatives can’t be where they are without your vote. So tell them what you think. Engage with your health, engage in your community, and engage with the political system that has the capacity to change how we go about doing healthcare.

Power of the people – call to action

If we do this right — and if we are persistent — one day your community GP might be able to deliver proper healthcare. What’s more the crisis in the NHS may be averted – and the service will then be in a position to deliver unparalleled services to those Brits who really need it when faced with road accidents or other emergencies.

This transition is within our grasp, and we must remember it’s up to us to make it happen. Next year we’re organising a conference, along with our friends at Yes to Life, especially targeting NHS decision- and policy-makers, politicians and others, especially with this aim. We’re bringing in international experts with a wealth of experience in the area, people we can all learn from.

When it comes to your health and your future, don’t expect someone else to do the work for you. Don’t procrastinate and tell yourself you’ll pull things together after the summer break, or in 2015. Start today.  And all of this applies whether you’re living in Britain or anywhere else.

But returning to the theme with which we started, the British public must wake up to the fact that it has the capacity to change the NHS from the somewhat ineffective disease management system it is today, one dominated by drug prescription, to one that is genuinely fit for purpose — leaner and meaner than at any time in its 65-year history.