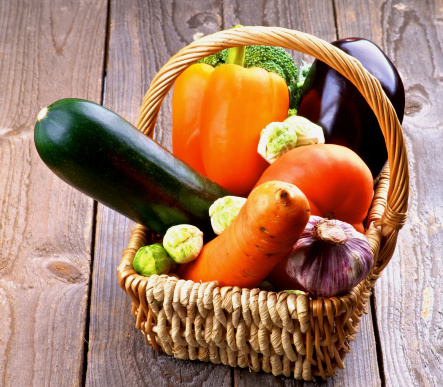 When ‘organic’ doesn’t mean organic in the European Union

Is the EU on a quest to dumb down organic standards?

What does it mean to buy European Union (EU)-certified ‘organic’ food when the EU passes laws that undermine the very principles of organic production? Support true organic agriculture with our Call to action!

‘Organic’ food, including products certified by the EU’s reassuringly green and leafy official organic logo below, can mean different things to different people. Many people go organic to avoid pesticides. Many make the switch in order to obtain a wider range of healthful nutrients than can be found in conventional produce. And, of course, organic agriculture is the go-to method for those with an interest in the humane treatment of animals and sustainable farming. However, what isn’t found anywhere in the overarching principles of organic agriculture is a commitment to include non-organic feed or organisms in the organic production process.

You might think that doing so would make a mockery of the entire concept of organic food. Yet this is exactly what the EU is doing; has, in fact, been doing since 2009. The unpalatable truth lurks in Section 2 of Commission Regulation (EC) No. 889/2008, which defines circumstances where certain non-organic inputs – poultry, feed, beeswax, seeds and other propagating material – may be used in EU organic production. Articles 42 and 43 of Section 2, covering poultry and feed respectively, originally expired on 31st December 2011 but were extended to 31st December 2014. The approaching expiry date prompted consternation from certain quarters of the organic industry, followed by a swift response from the EC: thanks to implementing Regulation No. 836/2014, these derogations will remain in place until 31st December 2017.

As a result, EU-certified organic farms will be allowed to use non-organic poultry for meat and egg production and up to 5% non-organic, protein-based feed for their pigs or poultry. In the case of animal feed, a case can certainly be made for a non-organic allowance to make up for the difficulties faced by organic producers when sourcing organic feed. According to Chris Atkinson, head of standards at the UK Soil Association, “Our aim and preference is for all inputs that can be organic to be organic. Organic livestock production has only been regulated on a common basis in Europe for a relatively short period of time – EU-wide livestock standards were introduced in 2000. However, organic poultry production is very different from the vast majority of contemporary poultry production, for both meat and eggs.

“The EU Standards have made rapid progress in moving the production systems for organic poultry closer to fulfilling organic principles. However, the small number of issues that are now being tackled, through carefully controlled and monitored use of exceptional production rules, are technically more challenging. While some producers can and do already meet the 100% feed and pullet requirements, we need to be careful to ensure that these can be achieved throughout Europe before making it the law.”

We suspect that many of you will agree with John Lang, founder and co-owner of Good Wine Online, when he says: ““EU organic certification” now isn’t worth the paper it’s written on...For a wine to be labelled “organic wine” and carry the EU organic wine logo, the grapes must be farmed according to organic practices, and now the wine must also be made according to organic methods...But the procedures are far too relaxed with 43 different additives permitted including large amounts of potentially harmful sulphites.”

With EU-certified ‘organic’ products potentially nothing of the sort, a European Commission that remains unswervingly in favour of genetic modification (GM) and the Transatlantic Trade and Investment Partnership (TTIP) on the horizon, organic standards in the EU are under threat of being dumbed down beyond recognition. It remains to be seen how proposed updates to the legislation will affect the situation. Fortunately, there are things everyone can do that will make a difference – so please get involved with our Call to action!