Home News Challenging the thinking behind the Ice Bucket Challenge 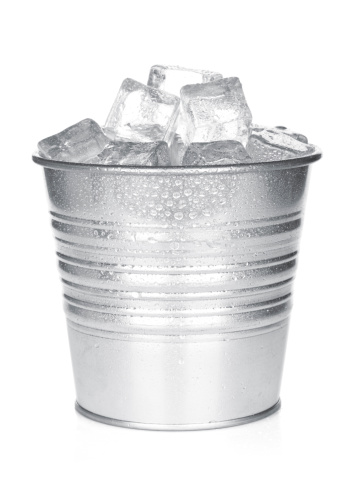 Challenging the thinking behind the Ice Bucket Challenge

Raising money for charity is all very well &ndash; but where is it going and how will it be spent?

Everyone loves a good dare – especially one that’s linked to a good campaign that tugs at your heartstrings and ups the feelgood factor from taking part. There’s no doubt that the ‘Ice Bucket Challenge’ currently sweeping the globe ticks all those boxes.  It’s gone viral at warp speed.  No-one can deny it started with the best of intentions for an extremely worthy cause: to raise awareness about a life-challenging illness and “create a world without ALS”.  So a campaign challenge to raise awareness and funds to find a cure sounds like a win–win all round – but is it turning out like that?

Amyotrophic lateral sclerosis (ALS) is also known as Lou Gehrig’s disease, or Motor Neurone Disease (MND) as we call it in the UK. ALS/MND is a progressive, neurodegenerative disease that affects nerve cells in the brain and spinal cord.  Voluntary muscle action is progressively affected, and patients in the later stages of the disease generally become totally paralysed.  As many as 30,000 Americans have the disease at any given time, and it’s portrayed in the mainstream media as fatal with no known cure. As such, it’s a disease that strikes a resounding 10 on the fear factor scale.

Willing participants for the Ice Bucket Challenge are invited to pour iced water over themselves – or give someone else the pleasure of doing it for them – while encouraging donations to the ALS Association and, at the same time, nominating three other people to take up the challenge within 24 hours.  Those that decline the challenge have to pay a forfeit of a $100 donation to the ALS Association or equivalent in their country.

Some variations exist.  In one, participants were to expected to donate $10 if they poured the iced water over their head or donate $100 if they didn’t.  In another, the act of pouring the iced water meant that the participant didn’t have to donate.  The latter has been roundly criticised as being a form of slacktivism, which frankly does little for anyone except get you a freezing cold dousing and waste a lot of water.

On August 25th, the US ALS Association alerted the world that the Ice Bucket Challenge had so far raised $79.7 million, compared to $2.5 million during the same time period last year. In one day alone, the organisation raised more than $10 million! An obscene amount of money that surely makes you stop in your tracks and ask why so many people literally have to have a bucket of cold water thrown over them to inspire generosity. “Any means to an end!” you might answer. But where is all that money going to go?  And once it gets there, what will it be doing?

It doesn’t take much digging to find that the ALS Association itself admits that only 28% of its funds go toward research.  However, a look at their 2013 tax returns reveals that the CEO took home a whopping $339,475.00 (£204,766.00) in remuneration last year.  Joined by the Chief Financial Officer on $201,260, the Chief Public Policy Officer on $182,862 and the Chief Care Services Officer on $160,646. In fact, over 50% of the ALS Association's income is spent on salaries and labour costs, rather than research, making the ALS Association a pretty desirable place to work. A hefty $6.2 million was used for ‘Grants and other assistance to governments and organizations in the United States,’ many of the recipients being medical schools with strong ties to the pharmaceutical industry.

If you’ve supported the ALS Association, you’ve got plenty of company.  There are some pretty big players also contributing to their funds.  Corporate partners who have donated sums between $10,000 and $50,000+ are listed on their website, and include pharmaceutical giants such as Avanir Pharmaceuticals, Biogen Idec, Sanofi-Aventis and Pfizer Inc.

ALS research – behind the veil

With such a lineup of pharma interests, chances of any of the ice-bucket $80 million funding further research into natural solutions and support for ALS are slim. Yet there has already been significant research in this area. Sayer Ji, founder of Greenmedinfo.com, posted: “Let's stop pretending like pouring ice on ourselves means anything until we can acknowledge the research that some of the causes and cures for ALS already exist – none of them involving pharmaceutical intervention.”  Greenmedinfo.com has spent years finding and amalgamating studies obtained through the US government's own biomedical research database on around 3000 ailments. The focus is specifically to amass data on “the biomedical research available today on the therapeutic value of natural substances in disease prevention and treatment”. The ALS page makes very interesting reading, as does their 96-page PDF that references 50+ published and peer-reviewed studies into ALS. All good reasons to indicate that it’s awareness and education levels that need raising, rather than cash – which may end up where you would least like it to.

Former Baywatch star and animal rights activist Pamela Anderson did some digging of her own, and consequently decided to refuse the challenge. Instead, she challenged the ALS Association to stop inhumane vivisection and testing of their drugs on animals.  She hasn’t been alone in her stand – others have declined the challenge for varying reasons, including water wastage and ALS’s use of embryonic stem cell research.

Health Impact News reports that, since the Association was started in 1985, “they still have not invested in any new cures for ALS.”  Pamela Anderson described the methods that ALS are using as “outdated and ineffective,” imploring them to “pour their time and resources into advanced, promising, human-relevant cures.”  A look at the ALS Association’s ‘Research’ section supports these accusations: all of the research ‘milestones’ it trumpets are discoveries of genes and proteins, not treatments, while the proposed therapies for ALS are just that: proposed. None are yet available to ALS patients, despite $99 million having been spent on research. Compare this with the vast potential of natural strategies – none of which is likely to receive a penny from the Ice Bucket Challenge.

More from the critics

The Ice Bucket Challenge has been under fire from other critics, too.  Concern has been cited over whether the campaign trivialises something serious, and encourages people to simply do one superficial, unrelated activity, rather than get involved in ongoing and meaningful charitable activities.  Tom Peck from the UK’s Independent newspaper points out that many of the celebrities failed to even mention ALS or the aim of the challenge in their clips.

As with any dare or challenge, there are those that want to do it bigger and better than their peers. Exposing the body to extreme cold is not without adverse health implications, more serious for some than others.  Dr JVS Vidya Sagar, head of department of orthopaedics and sports medicine at Aware Global Hospitals, said, “The biological activity of the cell stops at low temperatures.  There could also be risk of breathing difficulties.  Being exposed to prolonged cold can result in shock and harm people with heart problems or airway diseases such as asthma and can also lead to sudden death.”  Dr. Brian O’Neill of the Detroit Medical Center also advises that participants should proceed with caution to avoid the significant dangers inherent in having cold water thrown over the face and head.  There have already been injuries, and two deaths: the first from a 40-year-old in New Zealand who went into cardiac arrest, and the second, a teenager from Scotland, who appeared to be trying to do it bigger and better.

Stop now – it’s all going to end in tears!

How many times did your mother say that to you when you were having fun as a child? And how many times was she right? Let’s do this right and save ourselves the tears. With the right pressure from all of us applied in the right places, this campaign, which started with utterly good intentions, can be a roaring success – in the way it was intended. To look for ways to prevent, alleviate and cure ALS.

Surely, we don’t need to waste such a precious commodity as water to donate to just causes? There are too many places in the world where water is at a premium. And surely we can afford to spend the time getting properly educated about what’s out there and working for ALS, instead of watching clip after clip of the same thing?