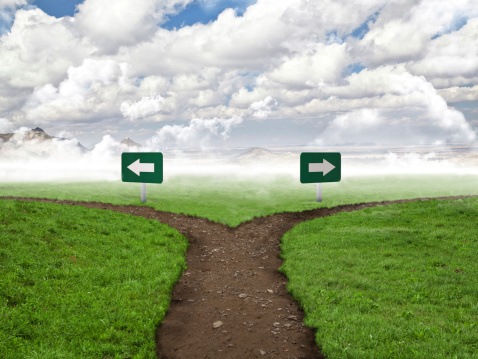 In 2014, commercial freedom of speech in the European Union (EU) is so restricted that manufacturers of foods and food ingredients are severely limited in what they can say about the health benefits of their products.  The key culprit is, of course the EU health claims legislation and its scientific arbitrator, the European Food Safety Authority (EFSA). So how are some companies bringing products to market as medical devices that contain naturally derived ingredients and carry approved medical claims – rather than health claims? And could it represent an opportunity for the natural products industry?

When cranberry becomes a medical device

A good example of this Alice Through The Looking Glass scenario is a cranberry extract called Cranberry Active, manufactured by Medical Brands and found in its i say: range of products. Cranberry Active is, its maker proudly proclaims, the “1st self-care medical device for the treatment and prevention of urinary tract infections,” with a “proven anti-adhesion capacity against the bacteria and is an effective treatment that does not burden your body”. It’s also a medical device.  By comparison, poor old cranberry itself has a grand total of zero authorised health claims on the European Commission’s (EC’s) official register of health claims on foods and food ingredients, despite 16 attempts.

This bears repeating: we are not allowed to hear of the potential health benefits of cranberries themselves, nor of any food supplement products derived from cranberries. This arises from the EC’s professed desire, expressed in the Nutrition and Health Claims Regulation (NHCR; No. 1924/2006), to protect consumers from “false, ambiguous or misleading” health claims, and from EFSA’s slash-and-burn approach to scientific substantiation. Yet cranberry products sold as medical devices can carry claims to both prevent and treat urinary tract infections. Nice work!

The critical piece of legislation is Council Directive 93/42/EEC. This defines a medical device as “any instrument, apparatus, appliance, software, material or other article, whether used alone or in combination...intended by the manufacturer to be used for human beings for the purpose of diagnosis, prevention, monitoring, treatment or alleviation of disease...”, among other uses. To classify as a medical device and not a medicine under the terms of EC Directive 2001/83/EC, Directive 93/42/EEC states that a product must “not achieve its principal intended action in or on the human body by pharmacological, immunological or metabolic means, but which may be assisted in its function by such means”. Translated, this effectively means that medical devices must have primarily physical mechanisms of action, and Cranberry Active ticks all the boxes.

Medical devices: loophole or an example of sane EU regulation?

One particularly interesting feature of EU medical devices legislation is its classification of devices according to the risk they pose to the user: “based on the vulnerability of the human body taking account of the potential risks associated with the technical design and manufacture of the devices,” as Directive 93/42/EEC puts it. Class I medical devices are considered low risk, and the manufacturers themselves can perform the ‘conformity assessment procedures’ necessary to ensure that it meets the Directive’s requirements. Anything higher than Class I requires progressively more comprehensive input from a ‘notified body’. Notified bodies are private companies certified to carry out the assessment by each Member State’s competent authority – for instance, the Medicines and Healthcare products Regulatory Agency (MHRA) in the UK. They need not be located in the applicant’s home territory.

All this means that the legislative framework for EU medical devices ends up being far more sensible than that for health claims on foods or botanicals.  There are three main reasons for this:

How long these advantages will remain in the face of renewed EC and Parliamentary scrutiny is anyone’s guess, however.

Implications for the natural products industry

Not surprisingly, the marketing of naturally derived products as medical devices has stirred its fair share of controversy. While the Netherlands-based Medical Brands has been remarkably astute in its product development, even applying to a German notified body, toys have been seen issuing from the prams of other, less successful, operators.

Some of this success may be related to Medical Brands’ membership of the Association of the European Self-Medication Industry (AESGP) – an arm of the pharmaceutical industry and one of the prime movers behind the unfit for purpose Traditional Herbal Medicinal Products Directive (THMPD). That said, the medical devices route does presently offer a parallel, alternative path to market for naturally derived products, albeit limited to products that can demonstrate a primarily physical mechanism of action.

But since disproportionate, irrational and unnecessary restrictions have been applied to health claims on foods and food ingredients, it is inevitable that the medical devices route will become more frequently used – as long as it remains both feasible and available.