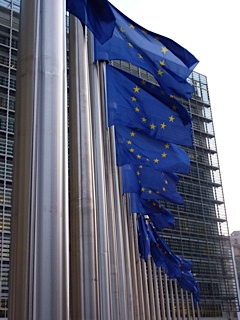 The European elections recently saw a fresh influx of Members of the European Parliament (MEPs), and we now know who will comprise the new European Commission (EC) under Jean-Claude Juncker of the European People’s Party (EPP). We know it’s early, but are there any indications as to how this new collection of (mostly) men in suits may affect natural healthcare over its 5-year term?

Who is the Juncker Commission?

The European Parliamentary committees are currently vetting EC President-elect Juncker’s 27-strong Commission in a process that is due to end on 7th October. So far, we know that the makeup of the new EC reflects the political ascendancy of Germany’s Chancellor, Angela Merkel, and that Juncker likes to allocate political responsibilities to those team members apparently least suitable for the job. But are there any clues as to the EC’s intentions as regards natural healthcare and related issues?

We’ve found clues in two places: Juncker’s Political Guidelines for his 5-year Presidency, and the Mission Letters of his 27 Commissioners. We’ve waded through these (so that you don’t have to) and this is what we’ve been able to glean so far:

Further clues from the Italian Presidency

Just to make things more complicated, each EU Member State holds the Presidency of the EU Council for a 6-month period, on a rotating basis. The current incumbent is Italy, and the programme for the ‘trio’, i.e. Italy and next two countries to take over the Presidency, contains some interesting tidbits. So, during the next 15 months, we can expect “special attention...to the promotion of healthy life style, focusing on encouraging physical activity and healthy nutrition” – whatever that may mean. Less ambiguously, “The three Presidencies will focus the work on the adoption of the new Regulation on Novel Foods submitted by the Commission in December 2013...Special emphasis will be placed on examining the Commission proposal for a review of the Regulation on organic farming”.

Unfortunately, on such issues of vital importance to natural healthcare in the EU as maximum and minimum permitted levels (MPLs) of vitamins and minerals in food supplements, recommencement of the assessment of health claims for botanicals and clarification of the food/medicine borderline, there are few clues as to exactly how the Commission will proceed, but proceed it will.

The view from elsewhere

If we include the views of others with a beady eye on the Commission, there is reason to believe that the new EC will be more beholden to corporate interests than ever before. Corporate Europe Observatory (CEO), for example, has produced several infographics on the corporate backgrounds of several new Commissioners – although the key Commissioners noted above are, so far, absent. The ‘Green 10’ group of environmental NGOs has raised concerns with the new EC’s commitment to environmental matters.

It will certainly be interesting to see whether Juncker continues the slavishly pro-GMO position of his predecessor, and whether he heeds calls to abolish the controversial position of Chief Scientific Advisor, currently held by Professor Anne ‘GMO lover’ Glover.

After years of financial and political turmoil within the EU, it appears from its public pronouncements to date that the EC wishes to concentrate on the ‘big issues’, like jobs and political and financial union. It will be up to all of us to ensure that our new and returning MEPs do their best to hold the new Commission to account on natural-health related matters over the next 5 years.