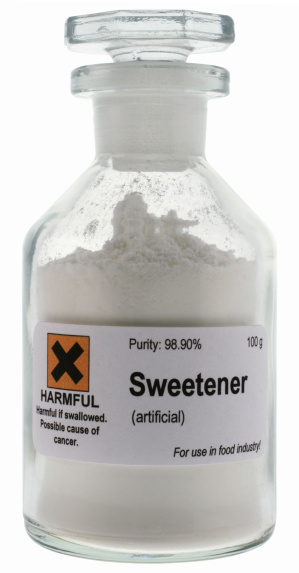 Find out why the sweeteners that diabetics and the overweight have been persuaded to use for years are contributing to rather than helping to resolve diabetes, obesity and related diseases

How often do we see overweight people drinking diet soft drinks? It’s a common phenomenon that’s been driven both by medical advice and persuasive advertising campaigns. But, for many, the question of whether the diet drinks are a contributing factor, or simply a response to, overweight or type 2 diabetes has been elusive. Until now.

A study led by Dr Eran Elinav of the Weizmann Institute of Science in Rehovot, Israel, published last month in the journal Nature, provided a remarkable new insight: artificial sweeteners trigger glucose intolerance by disturbing the physiology of the bacteria in the gut. This is especially interesting following research published in Science last year that obese and lean individuals have a markedly different composition of their microbial communities in their guts.

Because glucose intolerance is the precursor to metabolic syndrome, obesity and type 2 diabetes, the Israeli study provides the first evidence suggesting that artificial sweeteners are likely causative or contributory factors in our current metabolic epidemic. The three sweeteners investigated were saccharin, sucralose and aspartame and the research was performed both on mice and on human subjects.

Senior European Correspondent for Nature, Alison Abbott, provides a useful summary of the research. The piece also indicates that the European Food Safety Authority (EFSA) will make a decision in due course as to whether to ask its panel on additives to look into the relationship between artificial sweeteners and metabolic disturbances. Given the repeated green lights given by EFSA on aspartame, despite evidence indicating serious health concerns, we suggest your don’t hold your breath. EFSA has a much publicised revolving door with Big Food.

When you piece this new information together with what is already known from previous studies highlighting the relationship between increased diet soda consumption and being overweight, it’s no longer possible, in our view, to uphold that the jury is out on the issue. Simply put: artificial sweeteners are not safe and diet drinks contribute directly to obesity, metabolic syndrome and eventual type 2 diabetes.

Among previous findings of note are:

And it’s a despicable situation that doctors, dieticians and other health professionals, let alone pushy advertising by soft drink manufacturers, continue to direct diet drinks towards the very people who need them least.

All this doesn’t bode well for kids who drink fizzy beverages or sodas. And it seems most do. The take-home here is that kids who are overweight may be worse off drinking diet versions than the ‘full fat’ versions. Couple this with physical inactivity and it’s a health time bomb in the making.

But as we discovered in this audio recording of an 8-year-old in the UK, some young kids are already shunning fizzy soft drinks. How long is it going to be before, as a society, we regard fizzy drinks, whether sugar-filled or sugar-free, in much the same light as cigarette smoking.

Has the revolution begun?