Home News Now’s the time to up your vitamin D! 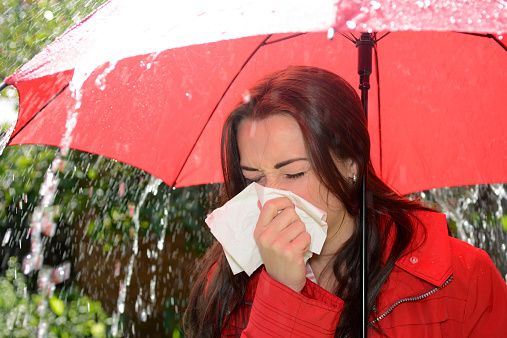 Now’s the time to up your vitamin D!

The cough, cold and flu season fast approaches in the northern hemisphere. Most respond by going to the local pharmacy to manage the symptoms. Decongestants, expectorants, analgesics, cough drops and NSAIDs fly out the door like there’s no tomorrow. Far fewer look at bolstering the immune system before the ‘season’ begins. And even fewer seem aware that the so-called ‘flu season’ may in fact largely be down to a serious deficiency in vitamin D caused by a lack of exposure to sunlight during the long, dark and cold winter months. Read on for how you can prepare for those winter bugs.

Many assume that the prevalence of colds and flu in the winter is caused simply by the cold weather. The argument for inadequate sunlight and resulting vitamin D deficiency being the underlying cause for the ‘flu season’ was made powerfully back in 2008 in the journal Virology by Professor John Cannell and colleagues.

There are increasing reports that rickets, one of the most severe expressions of vitamin D deficiency in children, is re-emerging in Western countries, especially among ethnic minorities in industrialised areas. The Vitamin D Mission claims an over 200% increase in deficiency among children in the last 5 years.

There are many reasons why most children (and adults) don’t get enough vitamin D:

These issues are magnified by the fact that Recommended Daily Allowances (RDAs), also referred to as Nutrient Reference Values (NRVs), are set too low. This is largely because they are set at a level that aims to prevent the development of rickets but fails to consider adequately the amounts needed for other processes, such as optimum function of the immune system.

In Europe, the European Food Safety Authority (EFSA) has set maximum intakes from all sources (so-called ‘Upper Safe Levels’) at 25 mcg (1,000IU) for children 0-12 months and 50 mcg (2,000 IU) for children 1 or over through to adults. A very thorough risk analysis by Hathcock and Vieth in 2007 suggested these values are far too precautionary and may prevent most people achieving optimal circulating levels; these authors proposed an ‘upper level’ of 250 mcg vitamin D (10,000 IU).

The EU proposes an extremely low adult RDA – 5 mcg (200 IU) – that simply does not allow most people to optimise circulating vitamin D.

How much vitamin D should you take?

Consideration of benefits for micronutrients is of course something ANH-Intl has been at the forefront of for many years. We have strongly advocated the need for risk/benefit analysis, rather than just risk analysis which often ends up being grossly over cautious while also preventing large sectors of the population from consuming levels of micronutrients that benefit them. Last year, ANH-Intl commissioned TNO to develop a new approach for risk/benefit assessment that is in the process of being submitted to a major peer-reviewed journal for publication.

Practice also has shown that, short-term, levels around 10-fold greater than this can be used where bacterial or viral infections have taken hold. Generally these very high levels need to be managed under medical supervision and should not be maintained for more than a week, before returning to levels of 250 mcg (10,000 IU) or less.

Is your winter war chest ready?

Don’t forget – there should be a lot more in your winter natural medicine chest than just vitamin D. Other vitamins including C and A, and minerals zinc and selenium are key, as also are botanicals like Andrographis, curcumin and Scuttelaria. Omega-3s and 1-3,1-6-beta-glucan, are also on the list of many natural products that will help your immune system to beat the winter bugs!