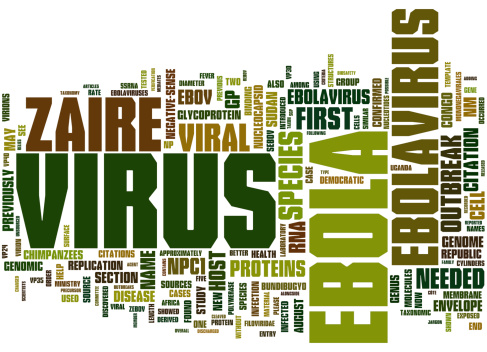 There is no doubt about the uniqueness of the current West African epidemic of Ebola Virus Disease (EVD). Previous outbreaks in humans, even of the same EBOV (Zaire) strain that have occurred in the Democratic Republic of Congo, Sudan, Gabon, Republic of Congo, and Uganda, have typically lasted just 2-3 months with limited spill-over and human-to-human transmission. A good body of research has now devoted itself to understanding the disease and its origins. The most plausible hypotheses explaining previous outbreaks suggest that transmission to humans occurs following their exposure to body fluids (probably saliva) from animals that act as natural reservoirs of the virus, with three species of fruit bat being the most likely candidates. These outbreaks were sometimes also associated with decline of non-human primates such as chimpanzees and gorillas in Gabon and the Republic of Congo. 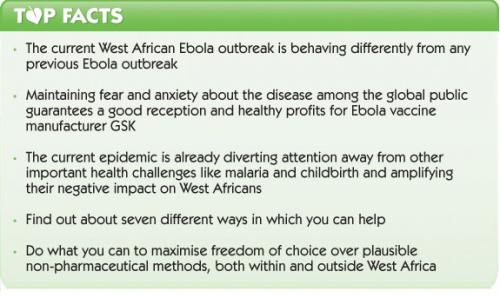 This one is different

The current West African epidemic exhibits key differences compared with outbreaks before it. One difference is that the haemorrhagic element of the disease is relatively less common. Even more importantly, human-to-human transmission is being maintained for much longer periods of time, with the epidemic still gaining momentum since its first appearance in Guinea in March. Hence the terminology epidemic, rather than outbreak.

Fortunately, the current infection rate is now beginning to plateau and substantially betters some of the worst case scenarios predicted by the likes of the Centers for Disease Control and Prevention (CDC) in the USA, the World Health Organization (WHO) and Imperial College London. This is likely, at least in part, due to the scale and effectiveness of on-ground response to the virus in affected countries, especially better early detection and isolation of cases. This very point was emphasised by Dr Craig Spencer, the Médecins Sans Frontières (MSF) doctor released from a New York hospital yesterday after he was declared Ebola-free.

All of this, rightly or wrongly, serves to fuel the view in the minds of some that ebolavirus has been manipulated by humans. Focus has been drawn also to the CDC’s patent, but it’s worth noting that the strain of this patent (Bundibugyo [EboBun]) is different from the Zaire strain responsible for the current West African epidemic.

None of this is to say that companies like TKM, GSK and others couldn’t profit massively from the continuing epidemic. Especially if the media can keep large parts of the world on red alert and in a state of fear over risk of the disease. It may be that we never get to know conclusively how the virus gained sustained human-to-human transmission in West Africa. As with HIV-AIDS, evidence continues to circulate that casts some doubt on the official explanation of cross-species switching given by governments, health authorities and establishment scientists.

Impact on other diseases

The diversion of healthcare attention towards Ebola and away from other diseases and healthcare challenges in West Africa is already amplifying the crisis. Malaria, for example, is the leading cause of death among both children and adults in many parts of Africa, with over 2 million cases occurring annually, with over half a million deaths, 90% of which occur in sub-Saharan Africa. The WHO regards malaria as an “entirely preventable and treatable mosquito-borne illness”, yet its effects are devastating. If the disease is both preventable and treatable, can the continuing burden of this disease be down to anything other than a political will to remedy it? Ebola has already had a direct impact on anti-malaria efforts. Could this failure to deal with malaria be down to anything other than a lack of financial incentive for its effective prevention and treatment?

A prediction made by charities involved in Ebola-stricken countries has suggested that as many as 1 in 7 of the 800,000 women expected to give birth in Sierra Leone, Liberia and Guinea may die owing to insufficient support during labour.

These are just two examples of the indirect effects of Ebola — there are a gamut more, all of which conspire to create even greater challenges from some of the most resource-deprived people on the planet. Most importantly, Western and industrialised governments, the media, international agencies and all of us who are driving this singular focus on Ebola in West Africa — whether through fear, concern or profit motive — must take some of the responsibility for what is happening.  The question is, morally and practically, what might be the most helpful response?

While there are countless things that could be done, the following is our short-list of some of the key priorities for members of the public outside of West Africa that we think could make a big difference:

Ebola has already morphed into a political disease, one which threatens to make everyone in the world a potential target for vaccines. In January, GSK’s vaccine will be trialled on West Africans. Pending its apparent success, results about which we should be very careful to interpret given past misinformation on vaccine success, it will be more widely available. And let’s not forget GSK is also developing a vaccine for malaria. In its 2013 Corporate Responsibility report the company states: “Alongside other interventions, an effective vaccine could really help reduce the burden of malaria for Africa.” Yes, but only if it was to be effective.

At ANH, we believe passionately in freedom of choice in healthcare. There is nothing we have yet learned about Ebolavirus that would suggest that enhancing the resilience of our immune systems and implementing appropriate sanitation and hygiene practices are not viable options when stacked against GSK’s fast-tracked vaccine.

We hope communities, governments and healthcare providers, both inside and outside of West Africa, will work hard to keep as many options as possible open in the face of pressure to limit them. If options other than pharmaceuticals end up being shown to have played a significant role in the resolution of the current Ebola epidemic, this would give hope for improved outcomes for other devastating diseases like malaria, the effects of which are still primarily moderated by non-pharmaceutical methods.