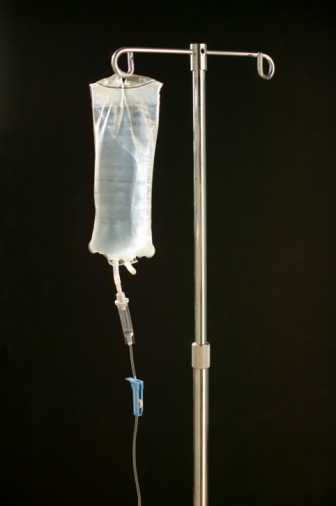 Many deaths from basic dehydration rather than Ebola could be avoided

A new report entitled “Ebola virus disease: clinical care and patient-centred research” has just appeared in The Lancet by Professor Ian Roberts of the London School of Hygiene and Tropical Medicine, and Professor Anders Perner of the University of Copenhagen. It begins with a strong opening statement, “It is often stated that there are no proven therapies for Ebola virus disease but that potential treatments, including blood products, immune therapies, and antiviral drugs, are being evaluated. This view is inaccurate”.

Due to the nature of the disease and the symptoms associated with Ebola, i.e. vomiting, diarrhoea and haemorrhage, patients can lose as much as 5 to 10 litres of fluid a day, making dehydration a highly probable outcome.  Add to this the natural heat of the climate and the inability of severely ill patients to be drinking and eating, and the risk of dying of dehydration rather than Ebola becomes more than a high certainty.  Sadly this wholly avoidable situation is proving true.  On his last visit to Sierra Leone, Rob Verkerk PhD reported on the difference that enhanced care has made to survival rates.  At the Sierra Leone-run Hastings treatment facility headed by Dr Santigie Sesay, intravenous (IV) support for dehydration and basic multivitamins are provided, which has increased survival rates by over 20% almost overnight.  Dr Sesay has implemented protocols that are contrary to WHO guidelines, which recommends against IV to lower the risk of need-stick injuries and infection of health workers.  His centre now has the highest success rate in Sierra Leone.

The authors of the new The Lancet report state clearly that profound water and electrolyte depletion leads to circulatory collapse and death, but which have proven treatments.  For additional clarity, they accompany their report with a supplementary video entitled “Parenteral access for fluid administration in patients with Ebola virus disease”. It’s made clear in the video that “dehydration and low potassium levels are common treatable causes of death. Fluid administration is a proven treatment for dehydration, and potassium supplementation is a proven treatment for low potassium…  Many patients in West Africa are not receiving these treatments”.  Not only are West African Ebola patients missing out on basic lifesaving treatments due to WHO treatment protocols, but the Minister of Information and Communications, the Hon. Alpha Kanu, reports back that Sierra Leonean health workers are also being refused entry to the British built facilities in Kerry Town!

An article on the BBC News website announced just last month that, “At the moment, medics can only treat the symptoms of Ebola, giving people pain relief and keeping patients hydrated in the hope they will be strong enough to fight the virus off themselves.” And yet, despite having all of this information, Sierra Leoneans are being denied hydration, and “…missing out on basic care that could improve their chances of survival.”

Following the results of his treatment protocol, Dr Sesay concurs, saying, “the effect on patients has been dramatic”. Treatment for dehydration is a relatively simple and cheap method of immediately improving Ebola patients’ health and also giving them a chance of fighting the disease. The Lancet report also points out that sufficient priority has not been given to overcoming the risk to health workers, shortages of IV-trained nursing staff and other barriers that are associated with giving intravenous fluids, nor the implementation of practical protocols for managing fluids and electrolytes.  However, the Hastings treatment facility is proof that it can be done, and done successfully.

Excluded from the WHO money

All the heartfelt and valuable donations pouring from the Western world are being channelled directly into the WHO coffers for onward distribution.  So far, in excess of $500 million has been raised and it’s still pouring in.  However, as we’ve reported, it’s a complete travesty that despite all the money flowing through the hands of the international aid agencies, none of it is getting to some of the community treatment and holding centres in the hardest hit Ebola areas.  This is where you’ll find ANH-Intl – at the coalface.

If you’d like your donation to really make a difference, then please:

NB: Please type ‘ISRE’ in the ‘Note to Seller’ field, which will show on the Paypal payment page whether you are using your own Paypal account or paying by credit card.