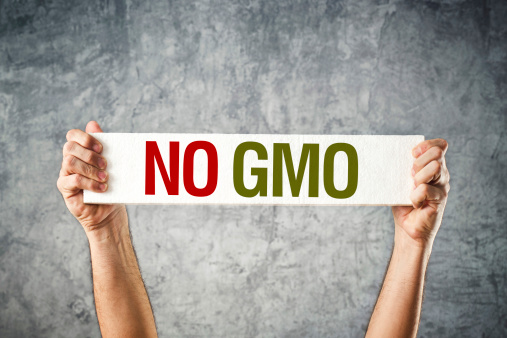 Guest writer, Jessica Linder from Sweden, along with ANH&rsquo;s Rob Verkerk, tell us why Europeans continue to reject GM crops despite a massive pro-GM propaganda
&nbsp;

According to the World Health Organization (WHO), Genetically Modified Organisms (GMOs) are "organisms in which the genetic material (DNA) has been altered in such a way that does not occur naturally". GMOs are often promoted by governments and the biotechnology industry, as the best solution to feeding the world’s 9 billion population by 2050 and protecting the environment.  We are promised that the genetic modification of food is safe, will increase crop yields, reduce pesticide use, solve problems caused by climate change and – the big, emotionally-charged one — alleviate world hunger. If all of these claims were true, why is it that European public and farmers continue to reject GMOs?

Proponents of GMOs proclaim that their offerings are perfectly safe and that there is no evidence of any associated environmental or health hazards. However, there is a large and growing body of peer-reviewed articles that cast serious doubt on this presumption. There is also emerging and disturbing evidence that the world’s number one weedkiller, glyphosate (RoundUp®), along with adjuvants added to the formulation, is highly disruptive. The use of glyphosate globally is intimately linked to herbicide-tolerant GM crops, which now make up over 60% of all GM crops planted, and over 70% of the world soya crop.

As often claimed by the pro-GM lobby, there is consensus among scientists that GM crops are safe both to the environment and humans. It of course depends which scientists you ask. Over 300 leading scientists, physicians, academics and other relevant experts in Europe alone, strenuously reject the claims that there is scientific consensus on the safety of GM crops.

A further 400 scientists from 60 countries working as part of IAASTD under the auspices of five United Nations agencies, the World Bank and the Global Environment Facility over 5 years, evaluated the best way of ensuring global food security in the face of climate change. They chose to reject GMOs, supporting instead community-based, agroecological farming approaches that reduced dependence on international biotech, seed and agrochemical companies.

These broad concerns warrant, in our view, application of the precautionary principle (PP), an issue that has been subject to fierce debate. Legally, the PP is built into the fabric of EU food law, however, it’s vagueness can be widely interpreted and it has yet to result in a moratorium on outdoor cultivation, one we believe to be justified.

In a recent modelling analysis on the applicability of the PP to nuclear energy and GM crops, by a group of risk management scientists from the USA, France and UK, the authors argued that the PP should be applied in relation to GM crops and their cultivation limited. By contrast, they found inadequate justification to limit nuclear energy, even in the wake of Fukushima.

Another common argument in favour of GMOs is that it is the most important technology to ensure higher yields required to feed 9 billion by 20150. However, according to a report by the Union of Concerned Scientists in the US entitled Failure to Yield, genetic engineering has failed to consistently increase crop yields. The report shows that despite huge efforts and expenses on the part of the biotech industry, “No currently available transgenic varieties enhance the intrinsic yield of any crops”. Intrinsic yield increases were seen in some major crops during the twentieth century, however these have been associated largely with improvements in conventional breeding techniques, rather than through GM technology.

Proponents also like to claim that GM crops will reduce the need for herbicides and pesticides. This is another inaccurate claim, since the introduction of GM crops has actually led to a significant increase in the use of pesticides, especially herbicides. This is problematic not only because of the harmful impact these chemicals have on humans and ecosystems, but also because increased use of pesticides cause pests and weeds to develop resistance. This legacy of GM crops, and the creation of ‘superweeds’ and ‘superpests’, has led to additional increases in pesticide input, with consequent risk to the environment and humans.

GM crop protagonists often advocate their use to reduce climate change. The argument is that GM crops can be adapted to extreme weather conditions, such as extreme droughts for example. The evidence for this working is very limited. Most of the work on drought tolerance and yield increases comes from conventional plant breeding, not GM.

This is the emotional button that the biotech companies, their associations and the governments pushing GM love pushing most. It appeals to our hearts, and we must remember is has nothing to do with GM foods on our own plates. It has a lot do with the dismantling of tried and tested, highly diverse, sustainable, agroecological systems in the so-called developing world, and replacing them with low-diversity monocultures with GM ‘staples’ like soya, maize and rice.

But it’s food security in he developing world and the notion that GMOs might be some kind of a silver bullet that can resolve the anticipated world hunger crisis that’s really being heralded by the pro-GM camp.

But it’s just not that simple, and there have yet to be any silver bullets for highly complex social, political and environmental issues of this nature, many of which harp back to problems initiated during the colonial era.

Let’s a look at a few of the issues. As already established above, GMOs do not produce consistently higher yields, and therefore there will not be more food around as a result of GM crops. Also, the majority of GMOs produced are either for animal feed or biofuels, rather than for human food consumption. Additionally, the cause of hunger is not a lack of food, but a lack of access to food. Hunger is a result of poverty, food distribution and inequality. If the goal was to actually end world hunger, there are other, more viable, low-cost methods. As was found from a 5-year IAASTD study mentioned above which plugged agroecological farming as having the greatest potential to feed our expanding population on a warming planet with limited resources. Organic, low-input, small-scale agriculture is increasingly threatened by agribusiness and GM crops, yet is actually the best means of feeding the world – while maintaining food security and sovereignty for the majority.

Absence of evidence vs evidence of absence

Pro-GMO advocates, including the editors of influential magazines like Scientific American, often continue to dismiss concerns about GMOs as unscientific and an obstacle to progress. This is born out by the narrow-focus and self-interest of the pro-GM lobby, that is unable to differentiate between what it sees as an absence of evidence, which is interpreted as evidence of absence. Neither, of course reflect reality, given the scientifically plausible basis for concerns about GMOs. There are also robustly-proven alternatives that are also dismissed, in particular the most widely practiced, yet most threatened agriculture today: agroecological farming.

It is both arrogant and insulting to the public’s intelligence to continue to claim that public resistance to GM crops and foods is unreasonable, or based on ignorance or even paranoia. It is equally unreasonable to not respect the desire among many to regain sovereignty over their food supply.

Please share this article widely, especially among those who sit on the fence over the GM crop issue, or consider the technology either safe or necessary.