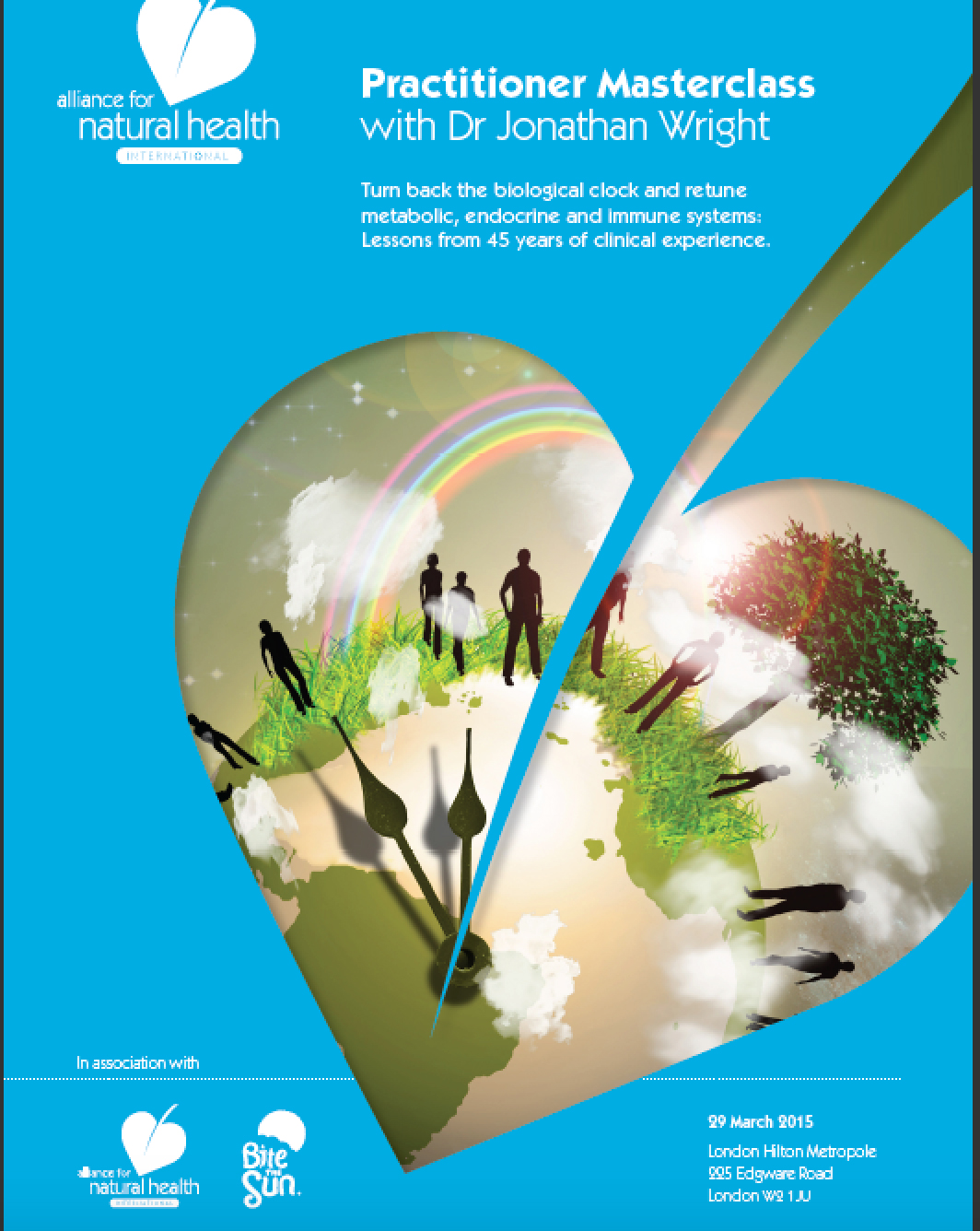 Turning back the biological clock with Dr Jonathan Wright

Dr Jonathan Wright captivated an audience of around 80 practitioners and doctors on Sunday 29th March. He rained down one clinical pearl after another throughout the day as he shared his knowledge and expertise gained over 45 years of medical practice in the US. As one of the forefathers of integrative medicine, as well as pioneering the field of bio-identical hormone replacement therapy (BHRT), he packed an awful lot into a single day. Comprised of 4 presentations covering men and women’s hormone health, preventing diabetes, thyroid dysfunction and factors involved in cutting the risk of heart disease, the day was largely protocol driven. Delegates left with tired minds, overflowing ‘toolkits’ and that warm feeling you get from having spent the day learning from a legend. And as if that wasn’t enough, we were treated to a special guest presentation from Robert Scott Bell on the merits of silver hydrosol in clinical practice. 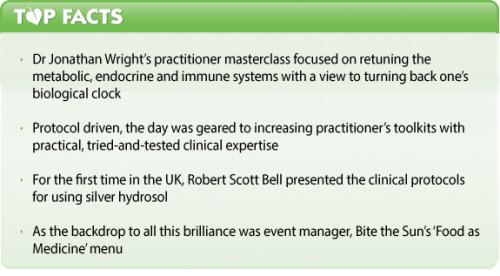 Dr Wright is the Medical Director of Tahoma Clinic in Washington State, USA, where he still practices medicine.  A Harvard University (AB 1965) and University of Michigan graduate (MD 1969), he is a renowned leader in research and the application of natural treatments for healthy ageing and illness.  In 1982 he prescribed the first bio-identical multi-estrogen formula and is often recognised as the “Father of Bio-Identical Hormones”.  Since 1989 he has trained practitioners in his techniques, authored 13 books (selling over 1.5 million copies, with two texts achieving best-selling status) and numerous medical articles. But probably one of the things he’s most famous for is igniting the health freedom revolution that was to sweep the US after his clinic’s pharmacy was subject to an armed raid by the FDA in 1991. 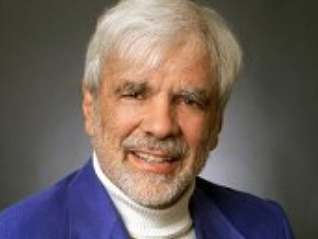 The American Preventative Medical Association that was formed in the wake of this raid to protect doctors like Wright and others practicing non-mainstream medicine, then became the American Association for Health Freedom and post-merger in 2007, is now our sister organisation, the Alliance for Natural Health USA. 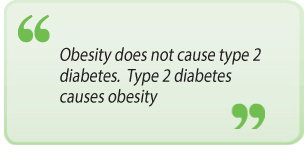 This was just one of the innumerable quotable quotes gifted to us during over four hours’ worth of wisdom conferred on us by Dr Wright.

According to Dr Wright, and borne out in his day-to-day practice, there are clear signs of pre-diabetes, long before clinical symptoms manifest. Skin tags, abdominal obesity, waking up at night, sugar and carb cravings and osteoarthritis are all markers of an 80% chance of developing type 2 diabetes. If you tick any one of these boxes, the advice is life-style change and soon. In particular, he has his patients completely remove gluten and dairy from their diets… Food4Health anyone?

In another box-ticking exercise (declining libido, poor memory, lack of enthusiasm, failing strength and bad moods), Dr Wright introduced his proven treatment protocols for stimulating testosterone production. We live in a toxic environment that is taking its toll on our bodies – falling sex hormone levels are just one facet of this. Before any nutritional supplementation, Dr Wright conducts a powerful intravenous chelation treatment to rid his patients of heavy metal toxicity. But his treatments might surprise many allopathic practitioners. 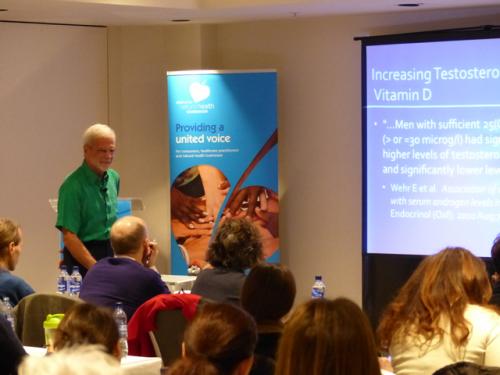 All you need (aside from medical knowledge, clearly!) for stimulation of testosterone, are food-based substances like Zinc, Vitamin A, Vitamin D, olive and Coconut oil, amongst others. One of his treatment protocols for osteo-arthritis is high-dose Niacinamide (a form of Vitamin B3 found in yeast, meat, eggs, fish and cereals). According to Dr Wright, niacinamide has a proven track record of reversing osteo-arthritis, but it’s also reversed type 2 diabetes and one case of early type 1 diabetes as well. As he pointed out, “those of us dealing in natural medicine have great enjoyment of the fact that if something works on one thing, it’ll work on five others!” Nature has provided us the means for optimum health. 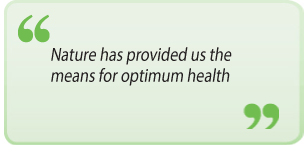 And how do you reduce your risk of heart attack by up to 75%? Donate blood! Seems like a non sequitur, but when explained makes all the sense in the world. Until menopause, women have a much lower risk of heart attack than men. What do women do pre-menopause that men do not? Menstruate. Women have a lower red platelet count than men do, which makes their blood less viscous. Hence, keeping a man’s haematocrit level on a par with a pre-menopausal woman’s is one guard against heart attack.

A first from Robert Scott Bell

Robert is best known for being the hugely successful host of US-based The Robert Scott Bell show. However, he is also a very experienced practitioner in his own right and a specialist in the use of silver hydrosol. 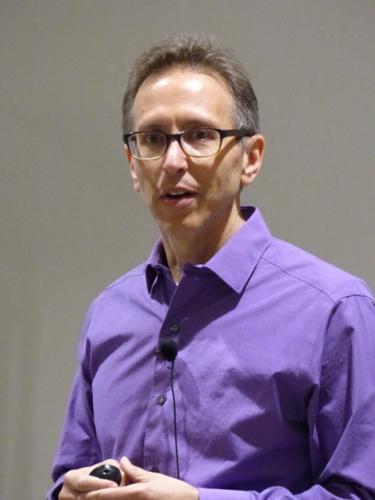 Robert kicked off his presentation by asking who in the room had also been ‘pharmaceutically grown’. With the embarrassing fact that the US population had now largely become ‘human drug receptacles’, he revealed that over 4 billion prescriptions were written in 2011 alone. And reminded us that we all hold the power to heal ourselves; natural medicine is where true health sovereignty lies. This brought him on to a nutrient that he’s been working with and studying for 10 years. 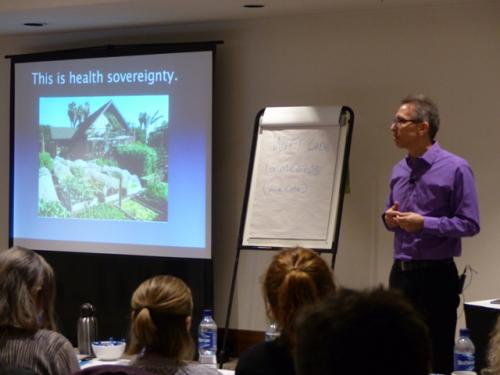 Silver is widely seen as an antibiotic agent, but rarely as a nutrient.  Robert provided compelling evidence for the health promoting properties of silver along with other minerals, the science of which is yet to be fully elucidated. Silver has an extremely long history of both internal and external use, but the development of the pharmaceutical industry in the post WWII period has largely swept it out of our medicine cabinets. Robert’s presentation highlighted several important reasons why it should return. 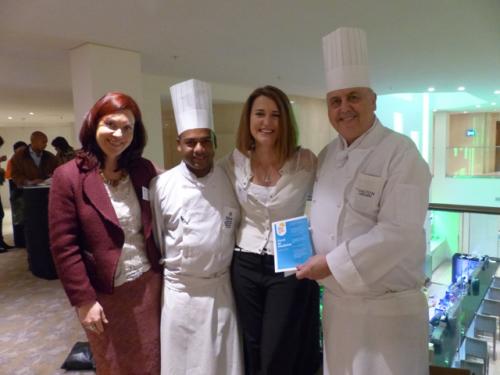 In treatment protocol after treatment protocol, backed up by citations from other clinicians, some of which dated back as far as the 1930’s, because “our ancestors knew a thing or two about healing”, Dr Wright and Robert Scott Bell powerfully illustrated another of our themes for the day: food is medicine. And in what is fast becoming their ‘signature move’, event managers, and ANH’s outreach initiative, Bite the Sun worked with outside suppliers and the chefs of the Hilton London Metropole to prove it. 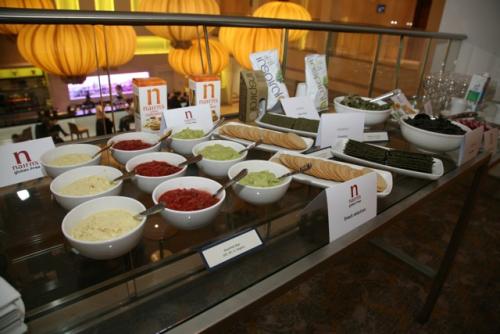 This event was also supported by the gifts and talents of: 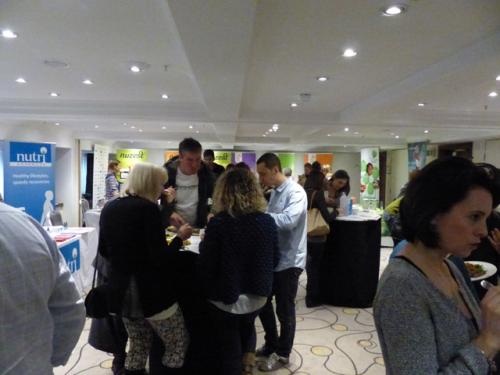 Lunch in the exhibition room