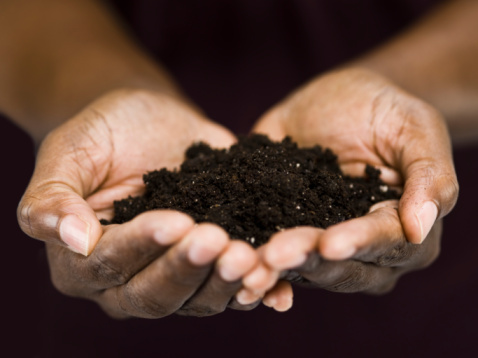 A group of leading US university and government scientists published a paper in Science last week that warns of health, food security and environmental crisis if greater effort is not made to conserve and develop soils. The thin layer of soil around Earth’s mantle is one of the most vital, complex and dynamic resources for life on our planet. It has been seminal to the explosion of life and to the development of human civilisations. Over the years, however, we have exploited the planet’s most productive soils and soil erosion now vastly exceeds rates of production in many agricultural regions. 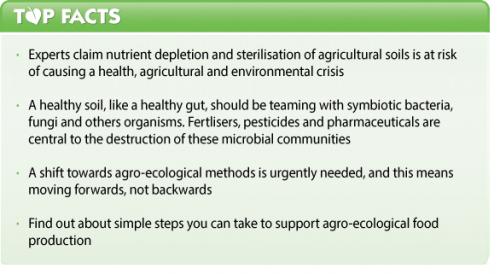 The scientists, led by professor of environmental science at the University of California, Berkeley, Professor Ronald Amundson, explain how the inherent balance between inputs and losses of nutrients and carbon controls the underlying stability of soil systems. The complete exploitation of these soils has afforded people huge success but in turn has caused greatly accelerated rates of erosion relative to soil production, and conventional farming practices have dramatically altered the natural soil nutrient balances, which in turn has knock-on effects to agricultural productivity and quality of agricultural produce. Beyond this, destruction of soils can lead to the formation of deserts, drainage changes that increase both erosion and flooding risks, and climate change.

Soil shares a surprising amount with the human gut. Both, if healthy, are teaming with microorganisms which provide essential ecosystem services that maintain healthy plants or human bodies, respectively. A healthy human gut contains around 10 trillion bacteria, ten times the number of human cells in the body. By contrast, a natural, healthy soil is laden with a host of important species of microorganisms including bacteria, fungi, protozoa, nematodes, mites and micro-arthropods. Soil microorganisms breakdown and cycle nutrients, help manage moisture, and crucially, around the roots (rhizosphere) of plants, they enable nutrients such as minerals to be absorbed properly. Key to this function are the mycorrhizal fungi that have developed a symbiotic relationship with the roots (rhizoshere) of most plants. These fungi also act as a communication network capable of warning other plants of attack from herbivorous insects like aphids. There is even the possibility of them being used as bio-fertilisers, a notion that is gaining interest given the over-mining of phosphate reserves for conventional fertilisers.

Writing in the The Atlantic magazine, Mike Amaranthus & Bruce Allyn explain, “By many calculations, the living soil is the Earth's most valuable ecosystem, providing ecological services such as climate regulation, mitigation of drought and floods, soil erosion prevention, and water filtration, worth trillions of dollars each year.”

Disturbingly many of these microorganisms may have already gone extinct. The authors continue, “Reintroducing the right bacteria and fungi to facilitate the dark fermentation process in depleted and sterile soils is analogous to eating yogurt (or taking those targeted probiotic "drugs of the future") to restore the right microbiota deep in your digestive tract.” 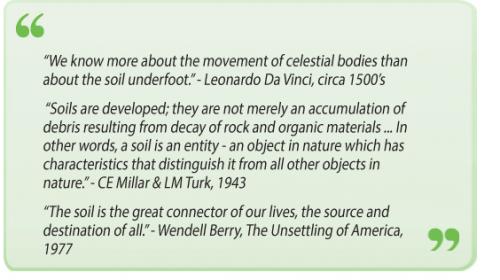 How does soil fertility, or lack of, affect humans?

As farming became more intensive in the mid-twentieth century, agrochemical fertilisers and pesticides were used increasingly, alongside new, higher-yielding varieties. As a group of leading UK ecologists have recently suggested, this approach will lead to boom and bust. Intensive farming methods using agro-chemicals managed initially to successfully boost food production but it has been found to be unsustainable.

A major international collaboration supported by various UN agencies between 2003 and 2008, the International Assessment of Agricultural Knowledge, Science and Technology for Development has shown that the only approach that is likely to be both sustainable and capable of feeding the world in the coming decades is one based on agro-ecological principle. It’ll be no surprise to hear that GMOs, as well as intensive use of pesticides and fertilisers, are not compatible with agro-ecological production systems.

Hilal Elver, the United Nations Special Rapporteur on the Right to Food, spoke in 2014 at an international think tank, saying “Modern agriculture, which began in the 1950s, is more resource intensive, very fossil fuel dependent, using fertilizers, and based on massive production. This policy has to change. We are already facing a range of challenges. Resource scarcity, increased population, decreasing land availability and accessibility, emerging water scarcity, and soil degradation require us to re-think how best to use our resources for future generations.”

Among the many factors contributing to damage to agricultural soils are mechanised agriculture, monocultures, lack of crop rotations, and intensive use of fertilisers, pesticides and other agro-chemicals. GMOs nearly always involve monocultures and the most common types, notably Roundup Ready® crops, are inherently dependent on use of Roundup® (glyphosate-based herbicide produced by Monsanto).

Glyphosate applied to GMO soybeans has been found to negatively interfere with the complex interactions in soil microorganisms.

Dead soils that simply provide a medium to hold plants upright is not going to help resolve the food security issues humans face in the coming decades. It’s clear that a shift towards agro-ecology holds the key. That means listening closely to what environmental and agricultural scientists like Professor Ronald Amundson and co-authors and ecologists like Professors Mark Huxham, Jules Pretty and others say.

It’s not about going back to the horse and cart. It’s about going forwards to a form of agriculture that works with rather than against nature. Jules Pretty sums up the six key requirements for sustainable intensification of agriculture:

Healthy soils, healthy humans, and a healthy environment. These are goals to our sustainability. We can only win on all these fronts if we focus on microorganisms, both within our soils and our bodies.

The human gut microbiome is as much under threat from modern technology and lifestyles as the microbiome of our soils. Regular antibiotic and pharmaceutical use, along with modern, high sugar diets full of processed foods, play havoc with our gut microbiome. Natural living and wholesome diets with plentiful supply of fermented foods, probiotics and prebiotic fibre are key. But more another time.

How you can support living soils

More and more people are beginning to appreciate that they can be greatly empowered by controlling their own destiny and choices.

Here are some pointers that will help you make wise choices that are good for our soils: