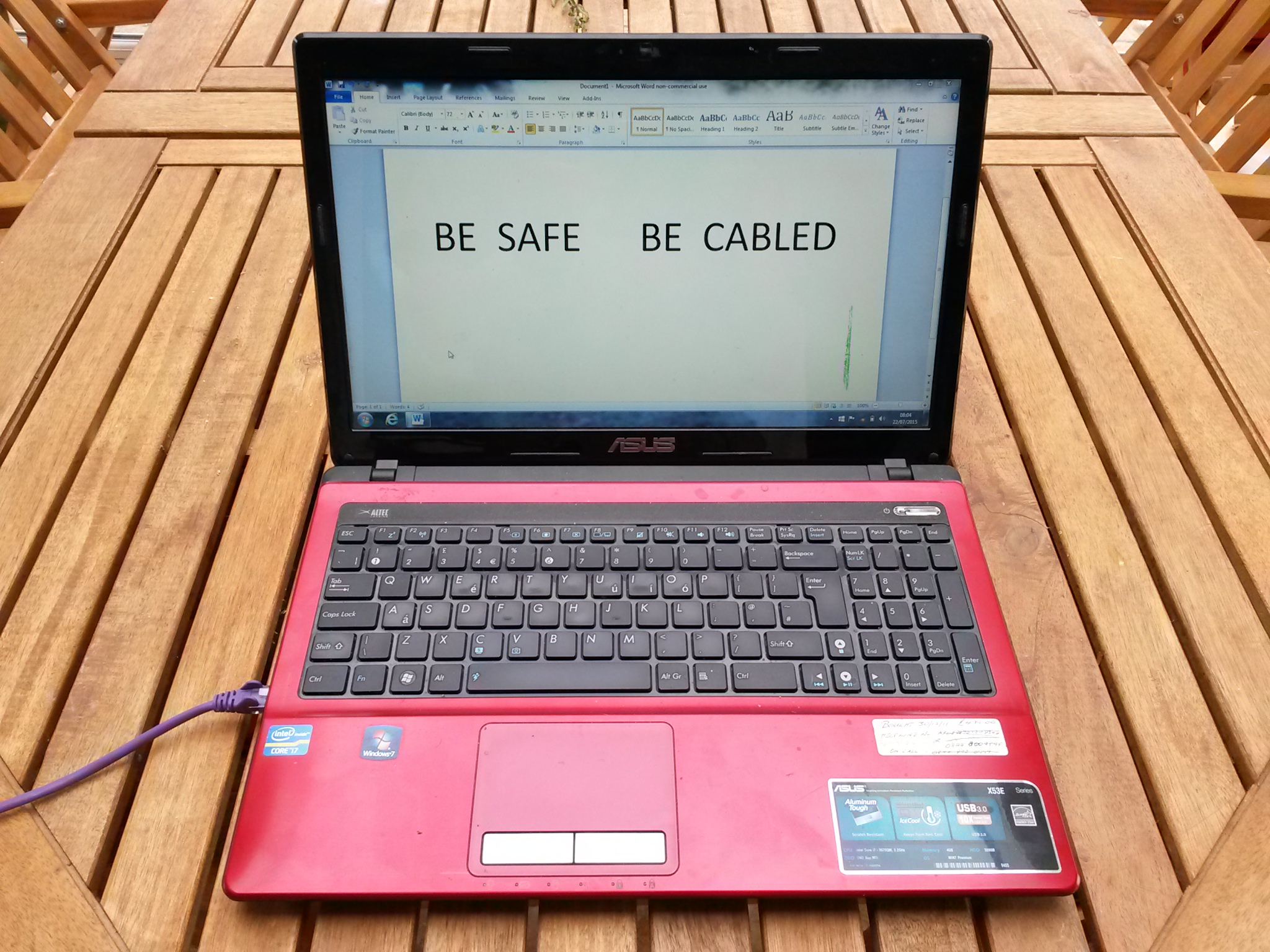 An informed couple whose children attend a UK primary school have taken steps to relinquish their children’s statutory right to a state education, over concerns about the installation of wireless local area network (WLAN) or wi-fi. Sarah and Will Mockett are savvy parents who are very familiar with the ongoing issues about the safety of radio frequency (RF) electromagnetic frequencies (EMFs), and the mounting evidence of risk to children from sources of electromagnetic radiation.

When it emerged that wi-fi was to be installed in the new build planned for their children’s primary school, they campaigned hard, backed by the Safe Schools Information Technology Alliance (SSITA) for the right of all the children to be educated in a safe environment as possible. But sadly their efforts have so far been to no avail, as the school, like many others, follows Public Health England (PHE) guidelines that present wi-fi in schools as safe, whilst a wealth of evidence suggests the contrary.

The onward march of wi-fi and EMFs

The Gnosall St. Lawrence Church of England (C) Primary School in Stafford has recently decided to install wi-fi into the new school build that is currently underway. Such action for pupils’ access to the Internet now appears to be the norm in many, but not all countries. This is despite the balance of scientific evidence indicating unacceptable risk.

The guidelines through which the school justified their decision to install wi-fi are those of Public Health England, and they refer to limited associated research to back this up. This guidance was drawn to the attention of parents —Sarah and Will Mockett, when they questioned the intentions of their children's school. The data were referenced by both the school, and by the Heath and Safety Executive Radiation Team with whom the Mocketts were also in touch. The letter from the school also referred to the general wi-fi (low power/high frequency - HF) standard provided by the International Commission of Non-Ionising Radiation Protection (ICNIRP) endorsed by the World Health Organization (WHO).

The problem is, these data used to justify wi-fi in schools are based on the now highly questionable conclusion that “HF exposure below the thermal threshold is unlikely to be associated with adverse health effect”. A 2015 opinion provided by the Scientific Committee on Emerging and Newly Identified Health Risks (SCENIHR), who inform the European Commission, also offers this as the position. Contrary to this government and industry-favoured data, and the PHE-backed AGNIR 2012 review, a wealth of accumulating evidence clearly points to adverse health effects from what are sometimes referred to as non-thermal effects. Denial of this wider body of evidence that forms an key part of the Bioinitiative report isn’t surprising since the vast profits of an entire industry are at stake.

The evidence for harm in addition to thermal effects

As we and many others have stressed, there is strong evidence to suggest that the non heating effects of ELF- and RF-EMFs also contribute to various health problems. A mass of new studies in the past few years has been presented in the Bioinitiative 2012 report, and they reveal ELF-EMF and RF-EMF as “potent disruptors of living tissues and basic metabolic processes”. This report is the work of 29 independent scientists and health experts, and it makes specific reference several times to the effects of RF-EMF itself rather than simply its heating effects. It makes clear that current safety limits are way too high, and that the range of possible adverse health effects from chronic exposure have broadened. The report reveals serious health impacts including evidence of neurotoxicity and carcinogenicity in the form of DNA, sperm and brain damage. New studies include those revealing substantial adverse effects on fertility and reproduction. Foetuses, infants and young children are confirmed to be particularly at risk. The report contains new evidence of links between EMF and childhood leukaemia, breast cancer, Alzheimers’ disease and problems with the blood-brain barrier.

Significantly — a 2011 press release from the International Agency for Research on Cancer (IARC), the cancer research arm of WHO, stated the IARC's intention to, "[Classify] radiofrequency electromagnetic fields as possibly carcinogenic to humans (Group 2B), based on an increased risk for glioma, a malignant type of brain cancer, associated with wireless phone use”. Due the disparity in International EMF standards, WHO are actually in the process of harmonizing standards worldwide.

Many worldwide already take steps to protect children from wi-fi

Sarah and Will Mockett are by no means alone in their concerns. They have been informed by the SSITA representative that “there are 70 other parents who are part of the joint complaint to the PHSO [the UK Parliamentary and Health Service Ombudsman] regarding wi-fi in schools”. They all join other parents and experts acting on their conscience and common sense. A family in Australia removed their children from a school earlier this year, over wi-fi health issues. Countries that either restrict wi-fi exposure where it comes to young children, or recommend against it, and where wi-fi replacement with cable connections are promoted instead by government, public health departments, medical associations or individual schools, include: the UK, Canada, Germany, Israel, France, Bavaria, Austria and Switzerland.

The ‘top environmental watchdog’ the EU’s European Environment Agency (EAA) called for immediate reduction in wi-fi exposure back in 2007 following publication of the original, damning Bioinitiative report. The Council of Europe called for a ban on wi-fi in schools back in 2011, as did the Russian National Committee on Non-ionizing Radiation Protection.

When governments and health authorities drag their feet

Sarah told us “We feel that PHE/WHO advice is out of line with the science and should be reviewed”, and we absolutely agree with her. Campaigning in various areas as we do at ANH International, we are very familiar with the resistance of governments and health authorities when emerging or accumulating evidence threatens powerful industries with which they are closely tied. Inconvenient science is frequently denied or ignored.

The need to inform each other

Sarah and Will Mockett feel that many are unaware of the issues surrounding wi-fi, and of the fact that cable can adequately provide Internet access, and with less risk to children. They have tried hard to raise awareness with the school and other parents. They are doing the best they can for theirs and others’ children, are not prepared to expose their children to unnecessary wi-fi risks. They have made a brave stand. If more parents had been able to join them, there may have been a better outcome for the primary school children, such as happened last year in New Zealand. Getting a better deal for our children would be possible in many instances, were there many more of us like Sarah and Will Mockett.

Please share this article as widely as you can, and if possible, raise the wi-fi/cable issue in your own schools and other places where vulnerable people may be affected, or with your political representatives, depending on your country. The sad fact is that the solution in this case is straightforward —cable connections, and this would be easily available if enough people demanded it.