Home News What might Corbyn’s election mean to your freedom of choice in healthcare? 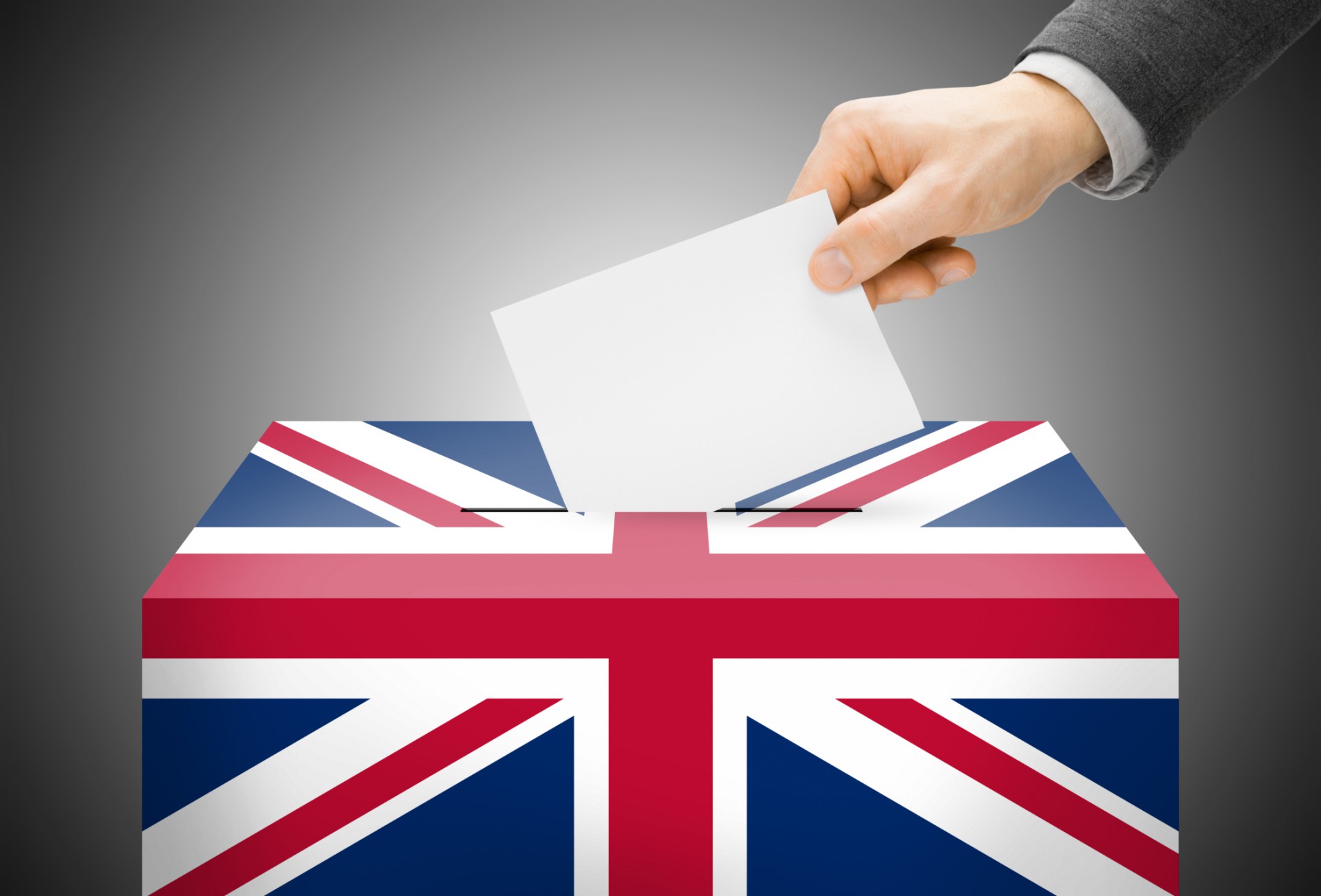 What might Corbyn’s election mean to your freedom of choice in healthcare?

Nothing short of a grassroots-fuelled landslide whisked Jeremy Corbyn into the top job in the UK’s Labour party on 12 September. A few months earlier he was a 100-1 outsider. How long will his honeymoon last? Pundits suggest that if he lasts until the local elections in May 2016 he will have done well. A miracle would be required to see him consolidate support within his own party and have Labour do well in the locals. But then again, miracles, even in politics, do happen sometimes.

What can we learn about Corbyn’s meteoric rise (even if it is short-lived)? What are the grassroots looking for? What implications might Corbyn’s policies have on our healthcare choices? These are some of the questions we look at in the wake of the Jeremy Corbyn’s victory as Labour leader. 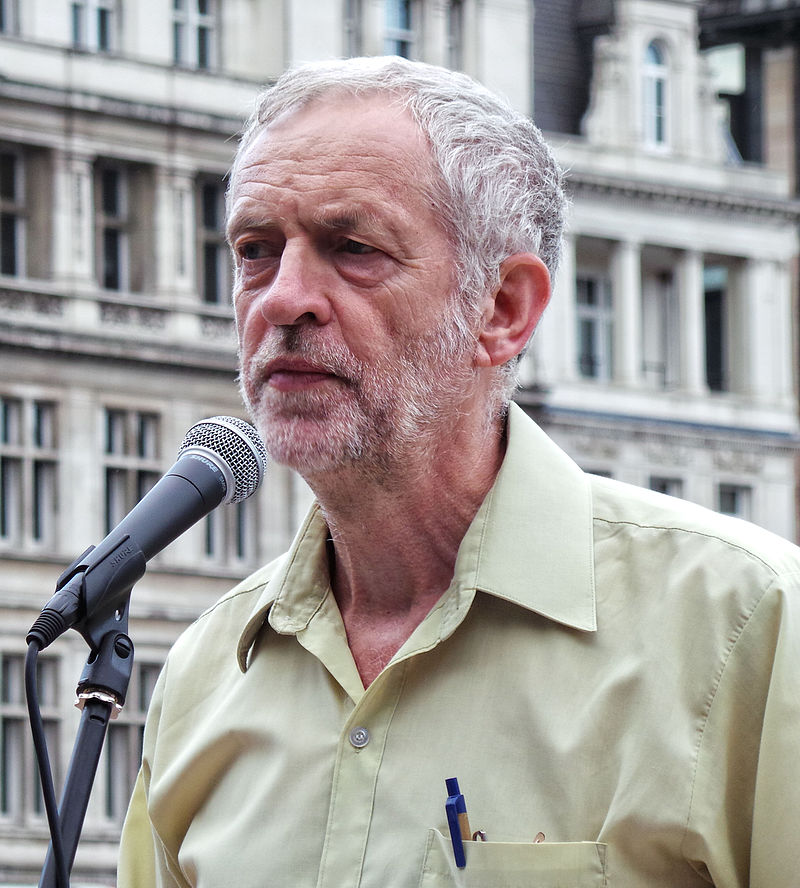 The media will be examining every move made by Corbyn under a microscope. His muteness while “God Save the Queen” was sung during the Battle of Britain memorial service was brandished over yesterday’s newspapers. But of course his aides were quick to say he was offering a respectful silence. How will the British public respond, given 77% support the monarchy and only 17% want, like Corbyn, a republic? His supporters argue that he’s never hidden the fact that he is a republican and anti-royalist, so he is being true to his word.

It’s perhaps the fact that Corbyn stands against so many things the establishment holds dear that has encouraged the grassroots, and a disillusioned youth in particular. High on the list of issues that fuelled his support are likely Corbyn’s pacifist views which oppose air strikes in Syria and the Trident missile program, his opposition to cuts in tax credits and disability benefits and even his leaning towards Brexit (British exit from the EU) and nationalising the railways (recent privatisation is often (mis)interpreted as the reason for exorbitant fares). But these are just a few policies among many. Together, would they work to make a better country for more people. Unlikely, we say. Are there some policies that have merit? Probably, but the same can be said of most manifestos by major political parties in democratic nations.

Corbyn’s views are a mix of classic hard-left socialist — and republican. Few Labour party die-hards are republicans, so we immediately have two uneasy bedfellows. But Corbyn’s arrival as the first republican political leader in Britain could increasingly blur the long-standing left-right divide that’s defined British politics. For decades, we’d think of people as having a particular political outlook: they would be left-wing, centrists or moderates, or they’d be right-wing. Fewer and fewer Brits today seem to be willing to lock themselves into one or other of these political stereotypes. People are much more inclined to express a non-partisan view on a particular issue; and their overall political outlook is less and less clearly aligned to the manifesto of a single political party. People might be happy to sign up to a right or left wing view on one issue – but they are less inclined to want to be fenced in to any one political camp.

In the USA, where our US arm ANH-USA continues to go from strength to strength, exerting more and more influence on the political system in a bid to make it as accepting of natural health as possible, political persuasions have tended to be more fixed, less plastic. Americans have tended to sign up to their political positions for the long haul. For most Americans, that means choosing to be either a Republican or Democrat, but that position is one you may well have inherited from your parents. There are a few other significant-sized parties to choose from, notably Libertarian, Green and Constitution. It’s the former that is developing as the strongest contender if the US were ever to shoulder a 3-party political system.

Are the political views of Americans becoming more heterogenous, as with this side of the pond? I believe so. The New York Times’ Paul Krugman stated in an opinion piece (NYT, 5 April 2015), when assessing the Rand Paul’s candidacy for US President, that there aren’t very many libertarians in the United States. He added that there were many, however, who held libertarian views. He also said that most Americans take clearly “liberal” or “conservative” positions on both economic and social issues. This trend in the US, which is even more developed now in Britain, sounds another death knell, in my view, to the one-dimensional political system.

Healthcare implications in the UK

Back to Corbyn. If you value your freedom of choice in healthcare, would Cameron or Corbyn be a better bet? There’s no doubt that Corbyn, and his newly appointed health secretary Heidi Alexander, are not going to opt for further privatisation of the NHS. Quite the opposite. In fact, they want an even bigger NHS in which physical health, mental health and care for the elderly are all handled under one roof. Integrating social care – and therefore managing (at the tax-payer’s expense) the rapidly expanding elderly and increasingly disabled population – into the already over-sized NHS (which currently employs over 1.7 million people, making it the fifth largest employer in the world) could break it irreparably.

A bigger, more financially stretched NHS will make it even slower to respond. It will also make it less, not more, likely to react to the needs of individuals who believe they might benefit from some form of personalised medicine which responds to an individual’s epigenetic terrain. Add a grossly overweight NHS to a big government, favoured by Labour, you have a recipe that could prove very damaging, if not fatal, to the British economy.

But how else might Corbyn’s policies affect our healthcare? Many of us who value a diverse marketplace for natural health products and services are deeply concerned about TTIP, the Transatlantic Trade and Investment Partnership. In a nutshell, TTIP is a bilateral series of trade negotiations that are on-going largely behind closed doors (we used to call them ‘secret’) between the EU and US. TTIP is about reducing the regulatory barriers to trade for big business and will impact on things like food safety, environmental legislation, banking regulations and the sovereign powers of individual nations. It will work in favour of big business, and most likely, against those in small businesses.

Natural health is a thorn in the side of big business. A diverse natural products sector encourages people to consume unprocessed foods and manage their own health most of the time. We sometimes need professional guidance, but that often means using expertise that can’t be found in the NHS, which continues to marginalise natural health and be dependent on drugs made and supplied by Big Pharma. We need to resort to practitioners who operate only in the private sector. While being private, in common with Big Pharma, the natural health sector thrives in what we might describe as ‘little private’, in contrast with the ‘big private’ of Big Food and Big Pharma. So, would you vote against Corbyn because he’s into an enlarged NHS that is unfriendly to natural health? Or would you support Corbyn because he’s anti-TTIP?

What about Europe? Labour, especially under a Blairite regime, has typically been bound to the EU at the hip. Well, it’s emerged that Corbyn, personally, has long been quite lukewarm about Europe, having voted in the 1975 referendum for Britain to stay outside of the European Economic Community.

We may be witnessing a new dawn in politics. One in which more of us are making non-partisan political choices on individual issues, rather than accepting an entire party’s manifesto. One in which more of us are interested in electing people we trust, even if we don’t necessarily agree with all of their political positions. Corbyn’s popularity among the youth would seem to have something to do with his perceived authenticity and unspun nature.

If nothing else, Corbyn’s recent admission to the UK’s political leadership could trigger an end of political apathy among those who’ve put their head in the sand feeling that whatever they do, or however they vote, will make no difference. It may also trigger an era in which non-partisan political viewpoints, whether these are on healthcare, international trade agreements, benefit caps, immigration policy or a British exit of the EU, are viewed as more important by the public, than any alignment to one or other political party.

My take is that the political party system is now so confused, most people struggle to support all political positions within any one party. But we must be careful of only supporting those whose positions we like. Take TTIP for example; if the entire Labour caucus were to get behind Corbyn on TTIP, and natural health aficionados were only to vote Labour because of it, we might have less effect politically than trying to explain to other party representatives what our concerns were, especially if Corbyn becomes marginalised.

The take-home has to be that enhanced political awareness—or awakening from the political apathy that has engulfed so many in recent years—can only be good for the UK. Immigration policy given the surge of refugees from the middle East and North Africa into the EU is also making more people consider politics and policy.

Regardless of our political persuasion, perhaps all Brits owe a debt of gratitude to Jeremy Corbyn for his catalytic role in waking tens of thousands from their political slumber. Awareness after all represents the starting point for self-determination.