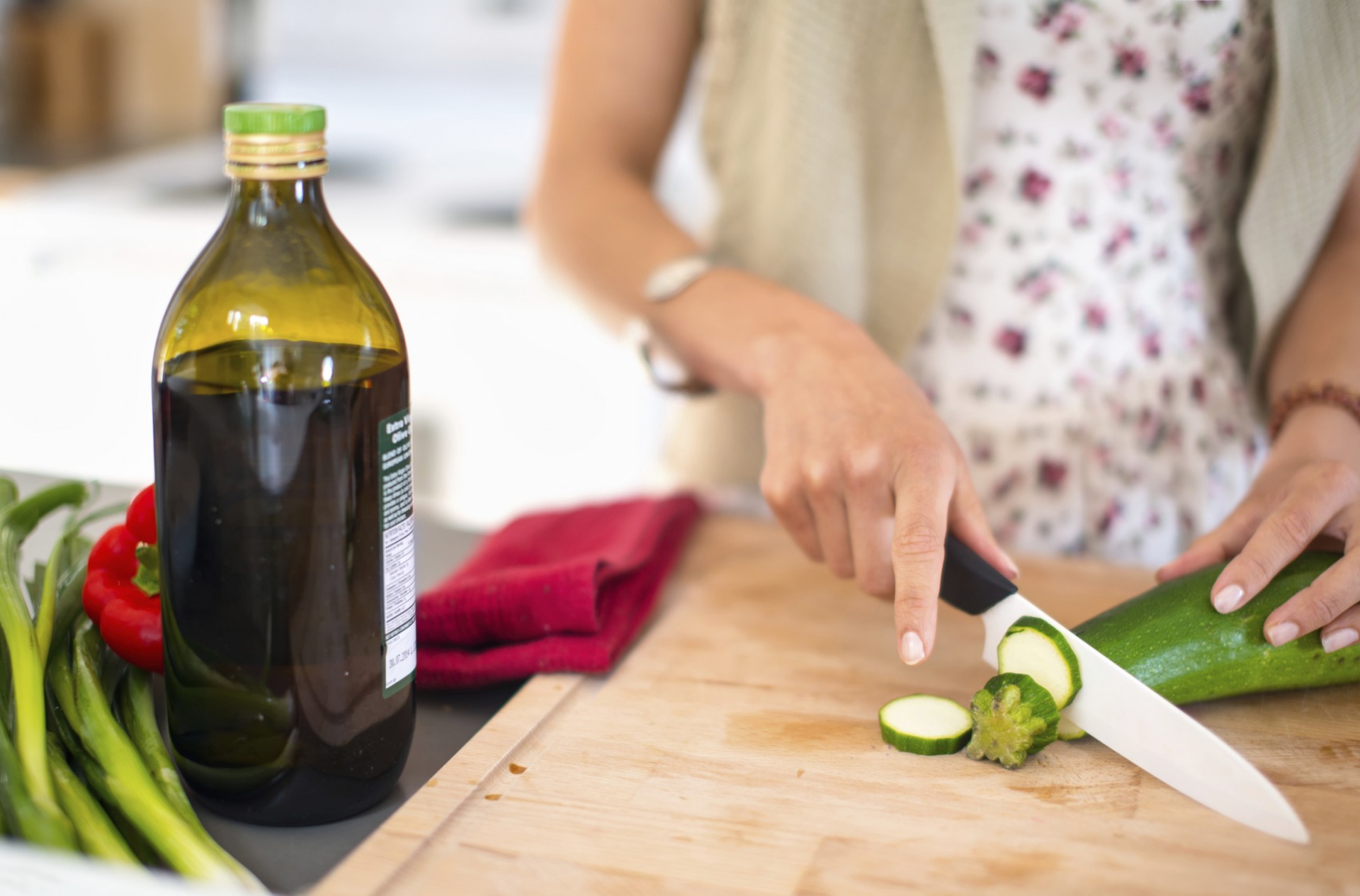 ANH-Intl reviews which oils are best for cooking and why

The benefits of cooking with olive oil made headlines last week after revelations from a recent study in Food Chemistry may have turned more than one version of ‘conventional wisdom’ on its head. The Spanish researchers found that deep-frying and sautéing vegetables in Mediterranean extra virgin olive oil (EVOO) resulted in increased total phenolic compounds within the food. These phenolics are phytonutrients (plant chemicals) that are known to have anti-oxidative, anti-inflammatory, antimutagenic and anticarcinogenic properties. It was also found that cooking in water reduced the phenol content.

This study follows a systematic review, conducted also by Spanish researchers, published in April last year, that showed that consumption of fried vegetables, especially ones cooked in olive oil, did not directly increase cardiovascular disease risk. The review did however show that high rates of consumption of fried vegetables did tend to increase weight gain, which is indirectly correlated with CVD and other chronic diseases.

These most recent findings may have heartened those who are well aware of the health benefits of EVOO, some of which are due to the oil’s own high polyphenolic content, but who have been reluctant to use the oil for cooking for fear of heat damage and loss of some benefits. Others may have been somewhat enlightened, especially those who thought that frying of any kind, regardless of the oil used, would always degrade the quality of food. Despite these findings, there is still good evidence to suggest that certain types of frying, such as deep frying, as well as the over-consumption of fried foods, does more harm than good. There are many reasons why over-frying can be bad for foods, this not only being due to the denaturing of food ingredients by heat, but also through the formation of toxic compounds, such as acrylamide, aldehydes and glycation end products.

We summarise below, the ‘do’s’ and ‘don’ts’ of cooking with oil, olive oil especially.

The key to healthy cooking with olive oil, and minimising damage, lies in keeping the temperature below the smoke point of the oil. That means keeping the heat below 160oC for EVOO, and below around 195oC for virgin olive oil (VOO). The EVOO smoke point is relatively low, but this is less of an issue when cooking vegetables which have a high water content and so help lower the overall cooking temperature.

Lightly frying vegetables below the EVOO smoke point enables some nutrients to become more bioavailable, such as beta-carotene in orange or yellow pigmented vegetables, quercetin in onions or green peppers. In practice this means light frying rather than heavy or deep frying, and if you choose to cook with virgin olive oil it’s important to place the vegetables in the oil soon after heat is applied to the oil to ensure its temperature doesn't rise too high. As the water is drawn out of the vegetables it mixes with the oil forming an emulsion that is maintained at a lower temperature than oil alone. Light frying also curbs the production of large amounts of harmful compounds, such as aldehydes, which are formed when you cook with maize (corn) or sunflower oil (commonly used in deep frying).

When looking at the composition of commonly used cooking oils in the western diet, it’s clear that the polyunsaturated fatty acid (PUFA) content is skewed heavily towards a high ratio of n-6 (Omega 6) to n-3 (Omega 3) oils. This is one of the key drivers of inflammatory conditions associated with Western, chronic diseases. As we have said before, we can all derive considerable benefits by reducing or eliminating our n-6 PUFA intakes, and so olive oil, high in monounsaturated fatty acids (MUFAs) — heated or not, is one of the healthier choices of oil.

So as to avoid an excess of these inflammatory n-6 (Omega 6) PUFAs and to avoid damaging chemicals formed during cooking, steer clear of processed and refined oils. Often they are simply labelled ‘vegetable oil’. We strongly suggest you avoid sunflower oil and maize (corn) oil which are widely used, especially as they have a tendency to create trans fats on cooking. Soybean oil should also be avoided and in many parts of the world it may also be genetically modified.

We strongly advise you avoid regular consumption of commercially-cooked deep fried foods as these are generally cooked in PUFA n-6-rich vegetable oils. This not only skews your n-6:n:3 ratio in the wrong direction, it also results in denaturing of foods and the creation of a variety of compounds that may be both harmful and carcinogenic.

The best oils for light frying

The best one here is virgin olive oil, provided it is used as detailed above. The next best is probably non-GMO rapeseed oil, although frying it releases more airborne, cancer-causing polyaromatic hydrocarbons (PAHs) and heterocyclic amines (HAs). It should be noted that stir-frying with maize/corn oil also increases harmful trans fat levels.

The best fats for non-cooking purposes

These oils are best drizzled over salads and other dishes:

In summary, cooking your veggies with olive oil is only a healthy option provided that you don’t heat the oil beyond its smoke point. Equally, the latest Spanish research doesn't detract from the value of eating plenty of raw foods, as well as ample research to show that frying, and especially deep frying, of meats both denatures protein, but also forms harmful compounds such as PAHs, HAs, advanced glycation end (AGE) products, aldehydes. Once an oil has been heated beyond its smoke point it oxidises, becomes rancid and is then loaded with free radicals. Additionally, the glycerol (oil is made from glycerol and free fatty acids) in the oil is converted to acrolein which has been shown to be a mutagen. Acrolein is widely distributed in the food supply and is responsible for the bitter taste in burnt oil. While it is not as yet classified as a human carcinogen, its mutagenicity is clear and, based on research of acrolein-DNA adducts in cigarette smoke, there is now mounting evidence for acrolein's role in increasing cancer risk through DNA damage and its inhibition of DNA repair. Finally, of particular concern for those working in commercial kitchens, in and around deep fryers, there is clear evidence of increased cancer risk through the inhalation of toxic fumes from burnt oil.