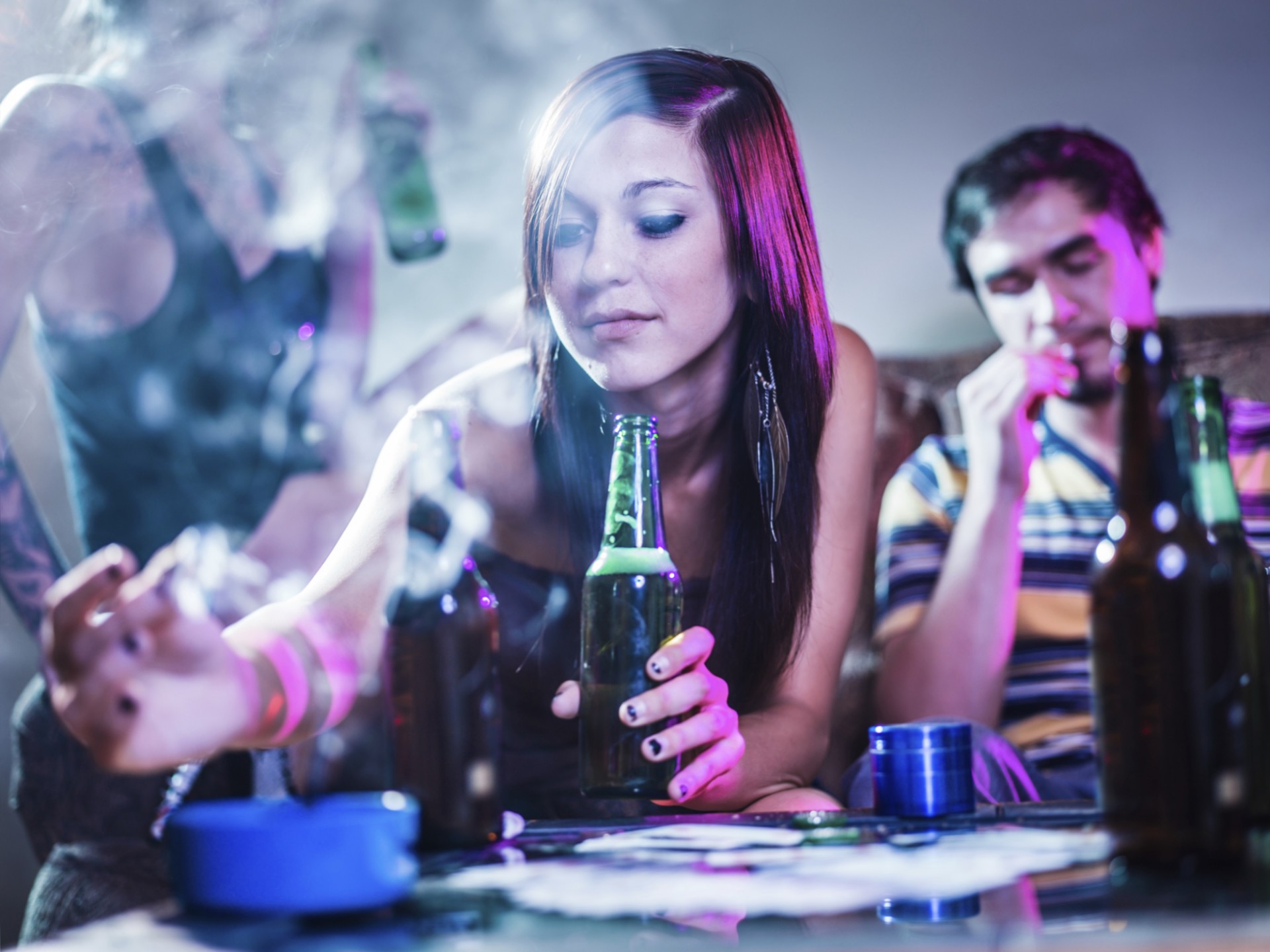 Ever wondered why the legal high, bath salt and designer drug epidemic has been left largely unregulated for so long, harming, or even killing, thousands of our youths in the process? Common side effects of these so-called ‘new psychoactive drugs’ include paranoia, psychosis and seizures. Long-term effects are unclear. Well, we might finally have an answer, as unpalatable as it might sound.

Experts including lawyers with whom we’ve conferred confirm that the laws already in existence through the European Union are more than sufficient to put traders of legal highs in prison for years. EU medicines law, if correctly applied and enforced, should provide all the law enforcement tools needed. We know this as it’s not infrequently been used to pull harmless, yet beneficial herbs or vitamins, from the market where doses are deemed simply pharmacological and therefore have the potential to work in place of drugs.

Claiming that our brave law enforcers have become lazy couldn’t be further from the truth. You could say the enforcers have been rendered toothless. Their dentine was exposed by their tooth-grinding following a 2014 ruling by the European Court of Justice on Joined Cases C-358/13 and C-181/14 which prevented EU pharmaceutical law being applied to ‘legal highs’. The ruling centred around criminal proceedings against two drug dealers, coded as Mr D. and Mr G., who had been charged with selling herb mixtures containing, inter alia, synthetic cannabinoids, which, at the time, did not fall under the German law on narcotic drugs. The Court found that pharmaceutical law could only be used to refer to products which have a clear therapeutic benefit, as opposed to those that are consumed solely to induce a state of intoxication and are harmful to health. This ruling, which is actually inconsistent with the broad definition of a drug in EU medicines law (Article 1.2), has made it almost impossible for enforcers to tackle dealers of legal highs.

To further understand the situation, it’s also important to recognise that none of the designer drugs that are sold as ‘legal highs’ are really ‘new’ as claimed by the media. The UK definition admits to this, citing simply that they are ‘newly available’, as opposed to being ‘newly invented’.

Drug dealers don’t have research labs. All molecules chosen by the dealers were first invented by the pharmaceutical industry and with an understanding of the mechanisms gained by industry studies, legal high dealers are advertising these drugs to our youth.

Today’s youth is less interested than those of yesteryear in the size or smell of a cannabis plant cultivated by a Moroccan farmer. Instead, they’re more likely to discuss the affinity of a molecule to dopamine receptors, using published studies on drugs that failed, for various reasons, to make it to market as prescription drugs. The research drug may have had hallucinogenic side effects, or it may have been deemed to do more harm than good, so it never made it into the hospital wards or doctors’ surgeries. The legal loophole that allowed for this research was effectively drilled by the pharmaceutical industry to drastically cut research costs and so remove barriers to innovation.

As ‘legal highs’ refer without exception to ‘failed’ pharmaceutical drugs, it makes no rational sense that the European Court chose to knee-cap the capacity of law enforcers to go after the drug dealers that are wreaking havoc among today’s youth.

Parents whose children have died or have been made psychotic have now caused the perfect storm by which to stampede us into a law that promises to stop these pharmaceutical dealers in their tracks. In Germany, 25 people died last year from ‘legal highs’, up from just 5 the year before. Over 1000 die annually from drug-related deaths.

So now, we’re supposed to applaud a new law that awaits final approval in Germany’s Bundestag (parliament) that is set to criminalise dealers of these legal highs that have escaped controls by conventional medicines law.

But there’s more to it than that: this law is so wide-ranging it can equally be applied to a wide range of natural products and botanicals, the likes of which many pharmaceutical companies would gladly wish to see the back of. Not only can it criminalise legal high dealers and natural product retailers alike, it could send them to jail for 10 years. 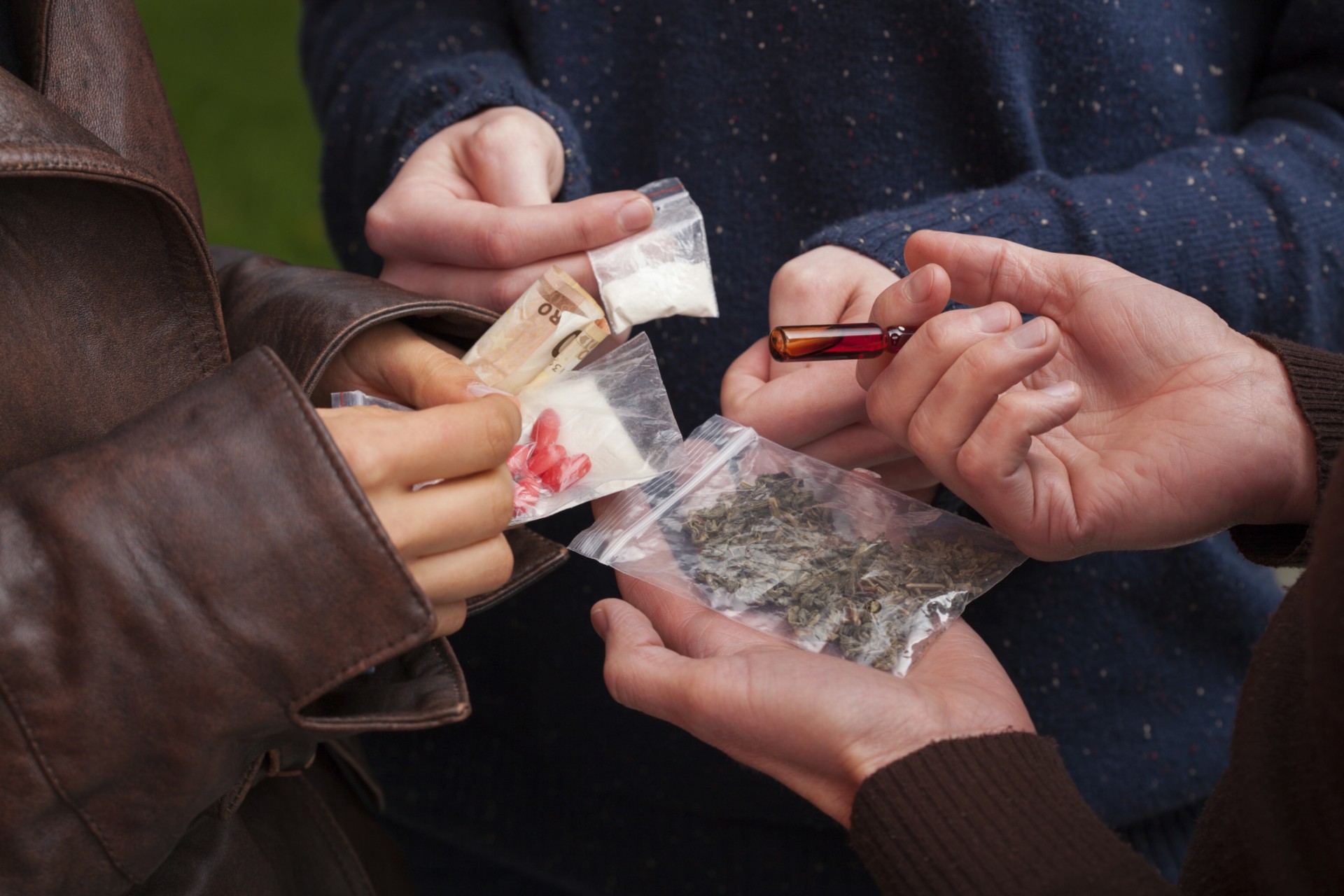 The draft law, the ‘Neue-psychoaktive-Stoffe-Gesetz (NpSG)’ or ‘New Psychoactive Substances Act’ is intended to combat the spread of new psychoactive substances. Its primary justification, as its name implies, is both entirely justifiable and laudable. The designer and club drugs that the law aims to target genuinely represent a massive, and rapidly increasing, public health challenge, especially among younger members of society. What the law proposes to do is bring in a punitive prohibition of trafficking, marketing or importation of these substances. The penalties amount to bans and 10-year jail sentences.

If the remit of the draft law was only narcotics, designer and club drugs, ranging from amphetamines like MDMA to ecstasy, to PCP, ketamine, date-rape drugs and various inhalants including hydrocarbons from glues and paints, we might have been less concerned. But the lack of any proper definition of the term ‘new psychoactive substance’ or even ‘psychoactive substance’, with reference instead to an annex of compounds with specific molecular features that happen to include a vast array of naturally-occurring molecules puts us on red alert. The act could easily be used as a ‘natural health trap’, much in the way the Novel Foods Regulation in the EU has primarily acted to limit availability of botanical substances, many with long histories of use outside the EU.

When there was every opportunity to write in an exemption for botanical food supplements and herbal remedies that might, loosely, be termed ‘psychoactive’, the draughtsmen of the bill chose to omit it. The single occasion in which the phrase “not naturally occurring” appears in the text might seem to eliminate naturally occurring substances from its remit. But as we have found with the EU implementation of the Novel Foods Regulation, once any extraction process has been applied to a herbal product, it could easily be regarded as no longer naturally-occurring given that the composition or ratio of constituent compounds is altered compared with those in the original, natural raw material.

The ‘New Psychoactive Substances Act’ could indeed be the latest Trojan horse to roll out of the legislative process in Germany, one that has been crafted and supported for years by pharmaceutical interests. And, in case of doubt, the phrase “naturally occurring” could easily be removed by amendment.

Germany’s draft law that is presently awaiting passage in the Bundestag, and that will be enacted the day after its successful passage, is based on a similar law targeting ‘legal highs’ in Austria. While the law was enacted 4 years ago, it wasn’t until 6th January this year that the ‘wolf in sheep’s clothing’ was revealed. An Austrian government communication modified the intent of the law, enlarging its scope to "every substance that is not covered by current food and drug laws”. It also clarified that in order to be defined as "psychoactive", a substance does not technically need to be psychoactive to any significant extent.

Our view is simple: if the intention is not to entrap natural products that have been associated with improvements in brain function and health, why can’t the text be amended to specifically exempt these products?

With sufficient industry and political support, we are hopeful that the text can be adjusted. As always, the first step is helping to create the awareness. And that’s where you come in.

Please share this article, which will also soon appear following its translation on our website in the German language.

We urge German companies and natural health interests who may be affected to contact their political representatives in the Bundestag.

There is no time to ponder on this issue. Passage of the law is imminent. Let’s work together to #BanDrugsNotFoods in Germany.