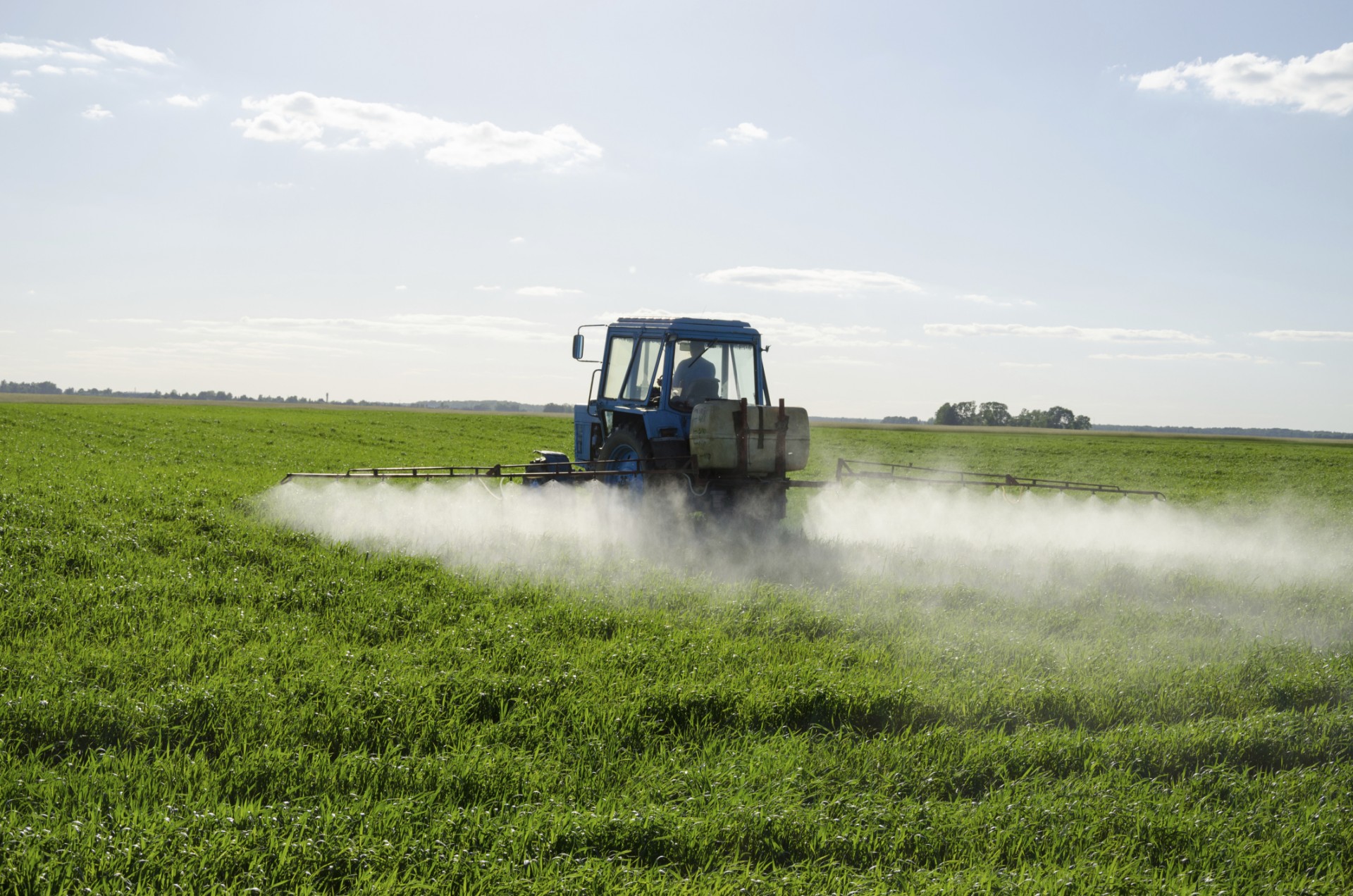 Glyphosate, the active ingredient in Monsanto’s Roundup herbicide, and increasingly many other herbicides, is now becoming ubiquitous in our food and environment, as well as our bodies. It is after all the most widely used pesticide in the world. Glyphosate, rather than the formulation itself, is also now classified as a probable human carcinogen by the International Agency for Research on Cancer. Last year we discovered through work by Mom’s Across America that glyphosate can concentrate hugely in breast milk; the study found that 3 out of 10 breastfeeding mothers had levels in their milk that were 760 to nearly 1700 times greater than the 1 mcg/L maximum residue level allowed in drinking water in the EU.

Now there are new revelations, from the Munich Environmental Institute (Umweltinstitut München e.V.). The Institute has found glyphosate in beers from the top 14 German beer brands, at 5 to 300 times the EU maximum residue level for drinking water. This is not good for the German beer industry, that has for the last 500 years prided itself in making beers only using malt, hops, yeast and water. It’s even worse for beer drinkers, and very unlikely to be limited just to German beers or indeed beer generally. In all likelihood, glyphosate and its associated formulation ingredients are now dispersed extremely widely in our environment, and we consume them every day.

Will Monsanto and other makers of glyphosate-based herbicides be worried? Probably not. The pro-glyphosate publicity machine that is likely fuelled by Monsanto’s latest propaganda is already sharpening its knives, with the Brauer-Bund Beer Association and Germany’s Federal Institute for Risk Assessment (BfR) saying, respectively, the beer study isn’t credible as it wasn’t large enough and that the levels are too low to be of any public health concern. With that sorted, another beer anyone?

If the issue of imbibing glyphosate in breast milk or beer wasn’t big enough, there are bigger issues. One relates to the complete formulations of herbicides and other pesticides, not just to the so-called ‘active principles’ like glyphosate itself.

The work of Prof Gilles-Eric Séralini and his team at the University of Caen in France has shown clearly that the adjuvants in Roundup, that make up 60% of the formulation by volume, are more toxic than the active principle glyphosate itself. In a human cell line study the group published in 2014, including 3 of each of the most widely used herbicides, fungicides and insecticides, 8 out of 9 of the formulations were found to be up to 1000 times more toxic than the active principles (e.g. data in Figure 1). 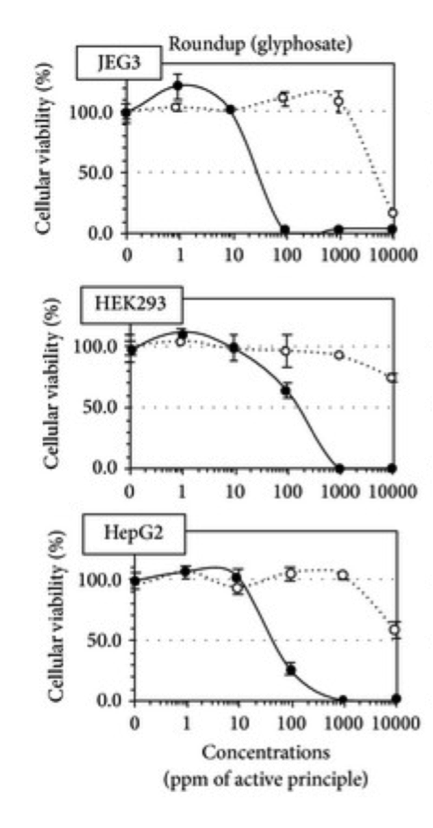 From advocacy to adulteration?

Since it’s now well known just how toxic the adjuvants used in pesticides can be, and given regulatory approvals by governments around the world are based only on assessments of active principles, shouldn’t there be rioting in the streets?

Picking up the challenge on beers is a trio of Green party Members of the European Parliament that have just raised the question of contaminated German beer to the European Commission. It’s probably no bad thing that beer is so popular in Germany and that beer consumers in Germany are so keen on keeping the brown stuff as natural as can be. We will be unsurprised, however, when the Commission’s written answer materialises, to find the Commission following suit with the BfR, claiming that the safety margins are such that the current levels are acceptable. Neither BfR nor the European Commission have assessed all the possible sources of exposure or estimated total exposure. And let’s not forget that BfR is the very body that set an outrageous 9 mcg daily limit on vitamin B12 back in 2005, based on no safety evidence whatsoever!

But there is another argument that we as natural health campaigners and members of the public can use: many of these pesticides should be illegal because they are deliberately adulterated. That’s because they include principles that are both biologically active as pesticides and known to be highly toxic (often more so than the so-called active principles). Yet they are categorised as adjuvants that are assumed to be largely biologically inert. Manufacturers like Monsanto do this because regulatory authorities only require safety assessments on declared active principles, a situation that has no doubt been born out of the revolving door between the most influential corporations in the world and regulators. Think how much money Monsanto and its ilk saves in regulatory testing and how many pesticides get green-lighted when in fact they’d be stopped in their tracks if they were tested in the forms in which they’re actually used in the field…

It’s time for action, folks. Please make a little effort on this – it’s important and the time is now right.

1. Minimise the foods that are most likely to be contaminated with glyphosate and associated adjuvants. Check out our article from 1 July 2015 to find foods with the lowest residue levels.

2. Let your national representative and MEP know of your concerns that adjuvants are not presently evaluated by regulatory authorities, show the evidence that these are often more toxic than the active principles, and request your representative lobby for an urgent upgrade to the regulatory assessment procedure used for pesticides as well as a review of all existing pesticides and their complete formulations.

3. As a campaign group working in the area of natural health that is funded solely by donations, mainly from the public, we don’t have the funds to initiate a legal challenge against the companies that are knowingly declaring ingredients in pesticide formulations as non-active principles when they are known to be highly biologically active. We would like to initiate a test case in this area and would be happy to dialogue with any individuals with the resources, or access to the resources, that might allow such as test case to get off the ground. We have the access to the right lawyers, we just do not have the funds.

4. Please donate to help us in our work to keep the door open on natural health.