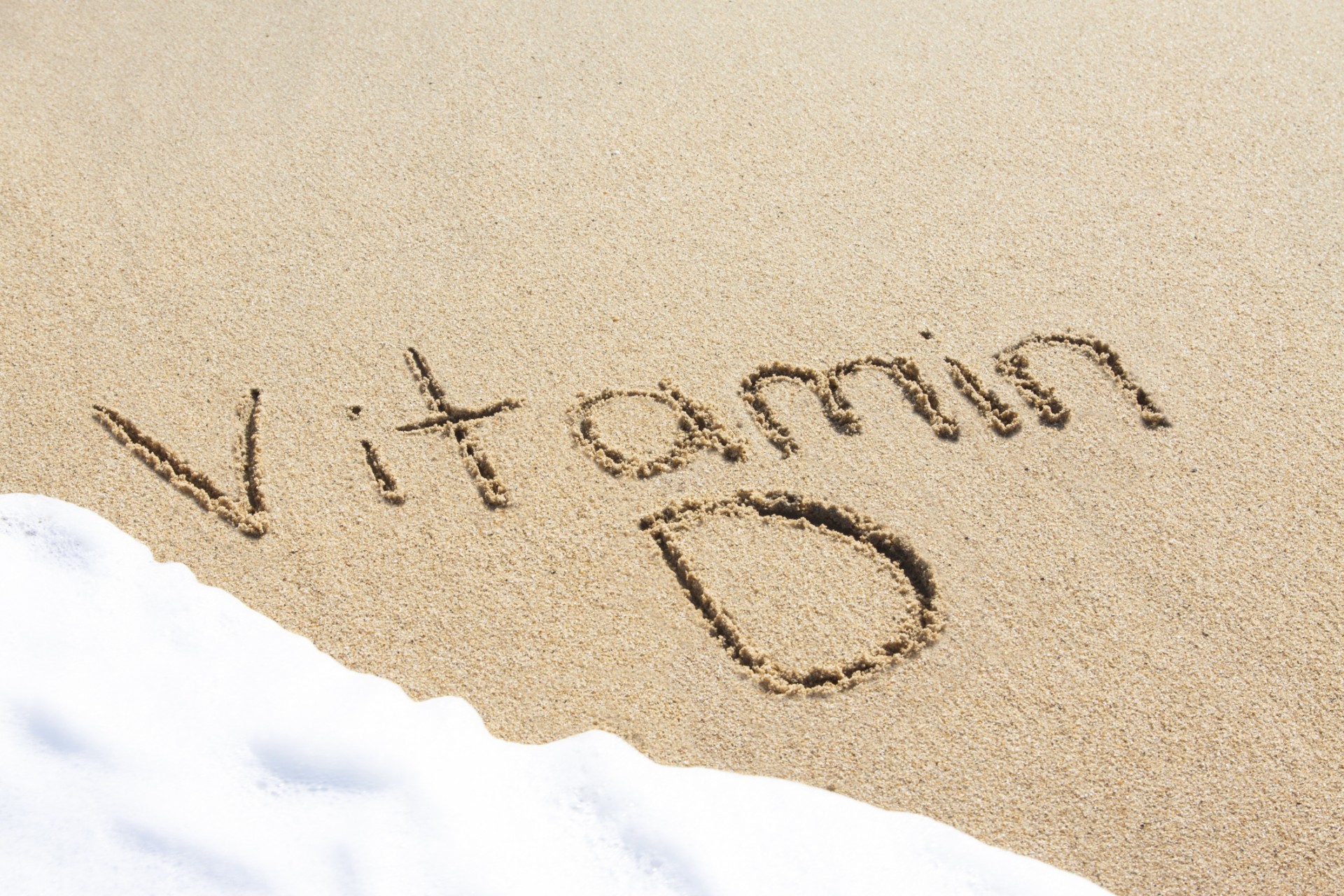 Have your say: EFSA consultation on vitamin D reference intakes open until 16 May 2016

On 16 May, the European Food Safety Authority (EFSA) closes its consultation on its draft opinion on vitamin D. The EFSA’s opinion will in effect set EU-wide dietary reference levels for the sunshine vitamin, these likely being applied equally by health authorities in sun-starved Scandinavia and sun-drenched Mediterranean countries. These levels are likely to be taken by national health authorities as the levels required where there is no vitamin D synthesis from sunlight exposure.

Worse than this, if these levels get set in stone, there is a real risk that health authorities will increase their determination to rid health store shelves of products containing 25 mcg (1000IU)/day or higher levels. In view of public health and the known science, this would be completely unacceptable.

There are numerous problems with the draft EFSA opinion. Most of them duplicate the many deficiencies linked to last year’s UK advice from the Scientific Advisory Committee on Nutrition (SACN) which we highlighted in our consultation response at the time.

The bottom line is that while it’s good to see health authorities like EFSA and the SACN now working out their recommended intakes based on circulating levels in the blood (serum), the levels that are considered adequate are far too low. In the case of EFSA, the target circulating level of 25-hydroxyvitamin D (also referred to as 25(OH)D or calcidiol) is 50 nmol/L (or, in the units more commonly used in the USA, 20 ng/ml).

This level is a massive two and a half times lower than the serum level recommended by vitamin D experts who have come together under the banner of the Vitamin D Council. EFSA, like so many health authorities before has developed its opinion based only on levels that prevent vitamin D deficiency diseases such as rickets and osteomalacia, the former applying children, the latter to adults, these being conditions resulting from inadequate bone mineralisation. EFSA excludes consideration of extensive research on vitamin D’s capacity to reduce the risk of a wide range of other diseases.

A very comprehensive study published earlier this month in the peer reviewed journal PLoS One shows clearly that doubling the circulating levels of vitamin D from the EFSA’s proposed level of 50 nmol/L (= 20 ng/ml) to 100 nmol/L (= 40 ng/ml) results in a startling greater than 65% reduction of “all invasive cancers combined”.

Another study, published in November 2015, showed that those with higher levels of circulating levels of 25-hydroxyvitamin D had a 21% reduced risk of developing kidney cancer.

The catastrophic issue here is that EFSA believes there are insufficient data to consider any studies or clinical data linked to deficiency diseases other than rickets and osteomalacia. EFSA typically works in a vacuum reviewing only what it considers to be “generally accepted data”. This same principle is also used by the FDA in the USA, where it is referred to as “significant scientific agreement”. EFSA ignores a huge amount of recent research as well as decades of clinical experience with doctors and other practitioners who routinely use vitamin D to support the health of patients. It ignores the increased requirement for vitamin D among the growing number of people who are overweight or obese, or those that use sunscreens and so impair their ability to synthesise vitamin D following sunlight exposure to the skin.

The fact is that oral vitamin D as a food supplement at daily dosages of at least 50 mcg (2000 IU) and preferably double this amount is one of the most cost-effective solutions to reducing the risk of a gamut of health problems or diseases. These not only include various cancers (e.g. breast, pancreas, kidney), but also heart attack, type 1 diabetes, hypertension, osteoporosis and bone fractures (see graphic below based on. 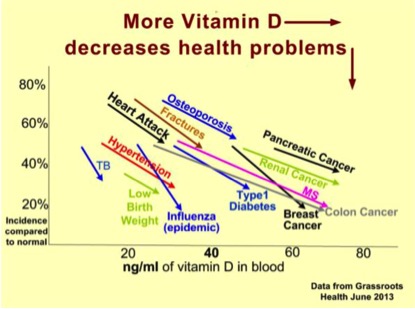 Source: Vitamin D Wiki (based on data from GrassrootsHealth, June 2013)

If EFSA doesn’t change the dietary reference intakes in its current draft report, there is a real risk that EU health authorities will start to declare levels significantly above the 15 mcg (= 600 IU) per day mark as medicinal. This will not only be very bad for all of us who have become reliant on high doses of oral vitamin D for our health – it will be especially bad for future generations who will be denied the higher doses many of us have benefited from.

EFSA’s consultation is open to anyone and everyone in the EU. If you have benefited from dosages of vitamin D over 15 mcg (= 600 IU), it would be very helpful for you to provide a consultation response to EFSA before 16 May. Responses from healthcare practitioners, practitioner associations and nutrition educators would be particularly valuable.

Responses should be made online, following the guidelines given by EFSA.

We would suggest your response include at least:

Please remember the deadline for submission of your consultation response is 16 May!