Home News Brexit: the Government’s or the People’s version?

Brexit: the Government’s or the People’s version?

Musings on the implications of Brexit with or without Parliamentary scrutiny

With the spectre of Brexit on the horizon and with a key decision over one of the biggest shake-ups in British constitutional history just days away — being of course the Government’s appeal over its powers to trigger Article 50 — it’s an important time to ponder how various outcomes might affect our futures. It’s also important to see where public influence can be brought to bear, including in terms of how this might affect our ability to manage our health through natural means.

The judicial scrap will be heard in the Supreme Court on 5th December and is likely to run a few days. The Government appears to be planning to use arguments that suggest the rights of Britons will not be altered by invoking Article 50 and therefore Parliamentary scrutiny should not be required. The Government means business and has already had permission granted to leapfrog the Court of Appeal and have its appeal heard directly by the Supreme Court.

The lack of detail at this time makes it very difficult to predict with any degree of accuracy what the Government’s plans might entail – particularly when it comes to our ability to manage our health through natural means.

With this uncertainty in the air, we pondered 3 possible scenarios, depicted in our cartoon below. 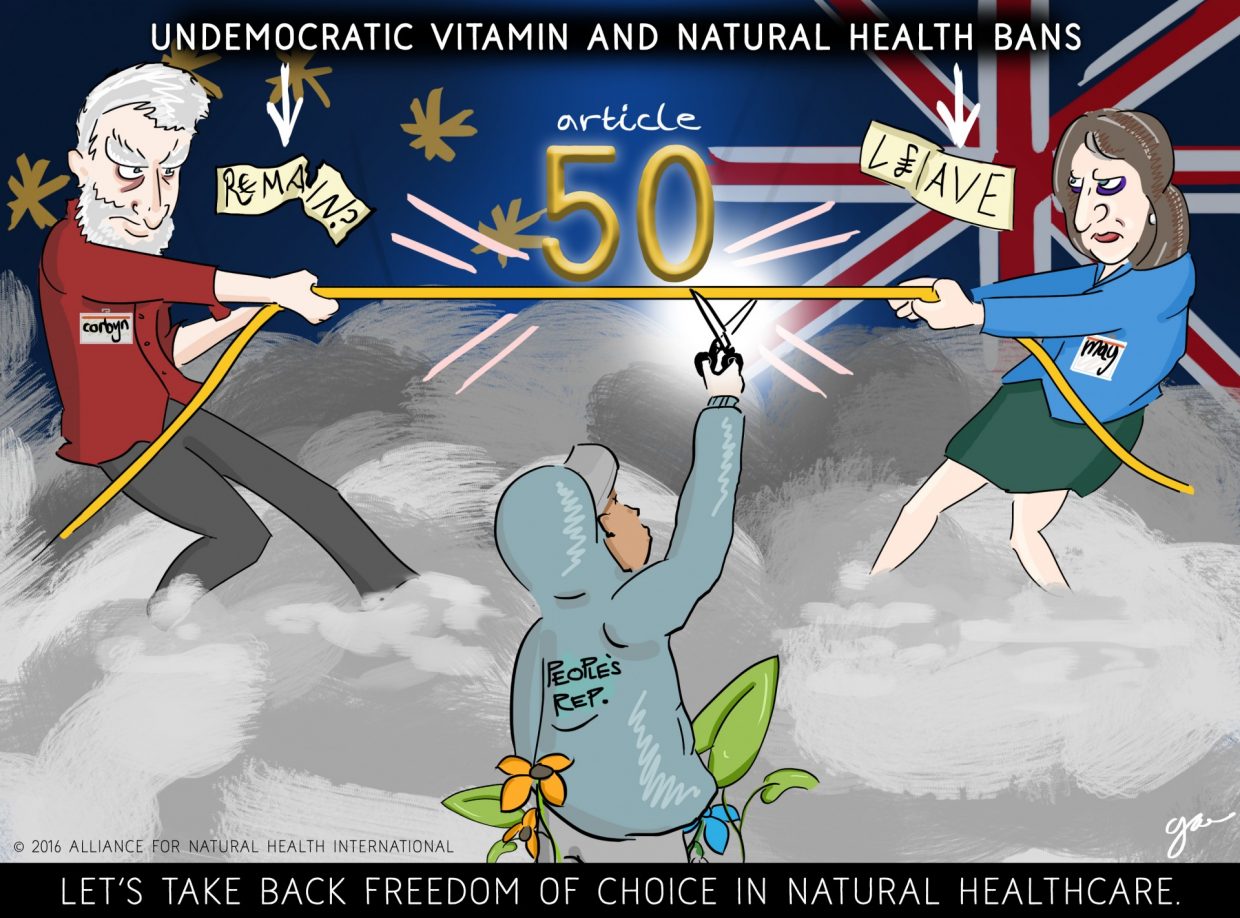 What we’re suggesting is that if the Government gets its way and pushes Brexit through via the Royal Prerogative and in the process rides rough-shod over one of the most important aspects of the British constitution, namely parliamentary scrutiny, British consumers might not be any better off at all if this kind of undemocratic thinking is carried through to subsequent rule-making. We’re not convinced that Jeremy Corbyn’s desire to stick with the European project and the status quo or Teresa May’s position to Brexit on the Government’s terms, would create meaningful differences in outcomes in laws affecting natural health. In fact, given that the UK’s medicines regulator has been particularly restrictive of late, British consumers may be worse off than when they could rely on a few decades-worth of EU case law precedents and EU mutual recognition.

A recent example of the UK’s restrictive approach is the MHRA’s classification of CBD food supplements as drugs simply because they work and so comply with the ridiculously broad definition of a drug inscribed by EU Human Medicinal Products Regulation. Would the MHRA have done differently if it had not been ‘forced’ to rely on EU law? We doubt it very much, as UK government interests have been party to creating and refining EU medicines law over its many iterations.

We might also want to ponder just how much influence EU rules have over the UK. With this insight, it’s then less of a stretch to work out how much better UK citizens and businesses might be without control via EU laws.

The problem is that getting a clear view on the first of these, namely just how much influence the EU has over the UK, isn’t easy. In fact, it’s next to impossible. That’s because you can’t determine ‘influence’ simply on the basis of the number of rules or laws, because each has such different scope and impact, on different sectors.

Many have tried to get a handle on this, and probably the most meaningful analyses come from a Parliamentary briefing paper by Vaughne Miller dated 2010, that in turn references a peer reviewed article by Jørgen Grønnegaard Christensen of the same year.

Rather than taxing you with detail, here are two main take-homes:

This is shown clearly in Fig. 1 below. All directives, regulations and soft law relating to natural health is included within the policy category “Environmental/consumer protection”.

2. The second major revelation relates to the numbers of actual laws or soft laws passed from the inception of the EU to the present (actually until 2010, as this is when Christensen’s study was published). Given that a pictures tells a thousand words, see Figure 2. Two features stand out: firstly, a lot more Regulations have been issued since the EU’s inception than Directives; secondly, there’s been a dramatic recent increase in the amount of soft law emanating from the European Commission – all this having no European Parliamentary scrutiny. 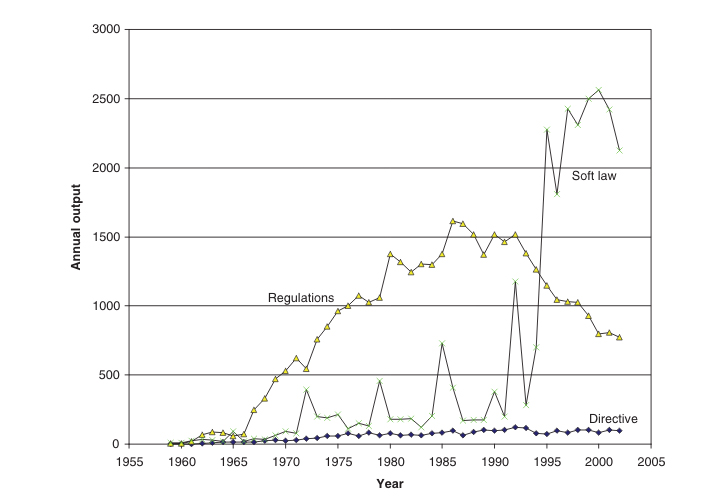 Regulations and Directives differ insomuch as Regulations are implemented across the EU’s currently 28 Member States lock stock and barrel as they are, whereas Directives can undergo modification when transposed into national legislatures. This, for example, was the case when the EU Food Supplements Directive was transposed into the various UK statutes (e.g. Food Supplements (England) Regulations 2003), which leave out the pre-market notification requirement indicated in the Directive.

Bottom line, taking into account both the above two sources, you find that somewhere 13% and 65% of UK laws are likely to have their origins in the EU. But because all of the estimates have problems, it’s safer to suggest that most industry sectors in the UK are not likely to have more than 50% of laws influenced by the EU.

How will my favourite products be impacted?

Let’s now look at it from the perspective of a natural health product, say a multi-nutrient food supplement drink, complete with vitamins, minerals, amino acids, botanicals and a few technological additives and flavours and some natural sweetener (stevia). You’ll see from Fig. 3 – virtually everything about the product is controlled one way or another by EU law, be these by EU Directives, Regulations or soft law. Obviously interpretations of these laws vary a lot between EU Member States as does enforcement, giving more variation in the ‘single market’ than might otherwise be the case. 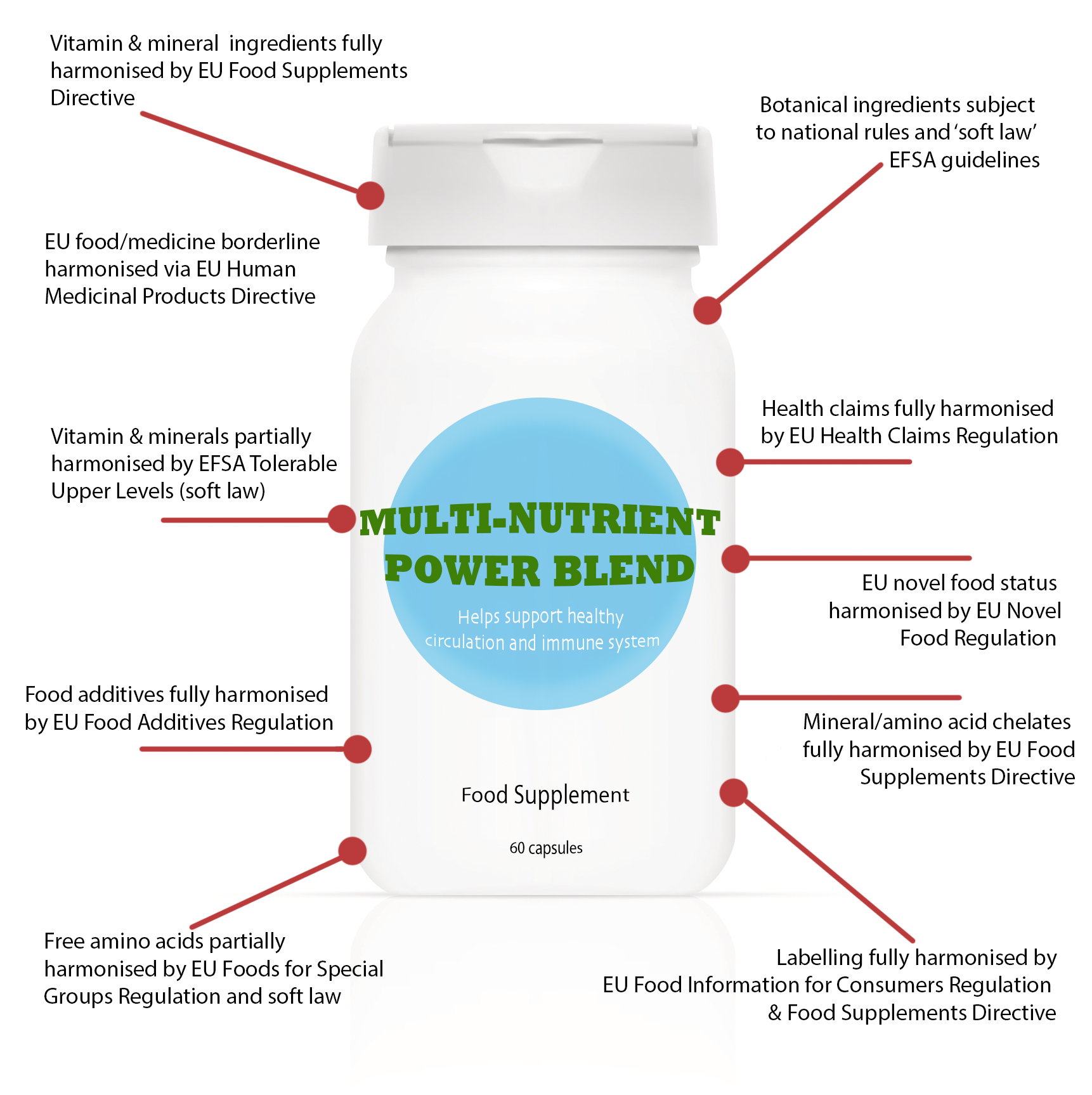 Figure 3. Some of the key laws affecting sale of a food supplement in the EU

The bottom line is that it’s the people who want freedom of choice, and it’s the innovative end of the natural products sector, and practitioners who recommend or dispense these products, that want more therapeutically active products that are at risk of being classified as unlicensed medicines or unauthorised novel foods. Conversely, it’s the European Commission and national governments, that tend to follow the mandate of Big Pharma and Big Food, that are working to restrict our access to efficacious natural health products. Critically, if they can’t do this directly by EU wide Regulations or Directives, they do it through other routes. Germany’s limitation of the maximum level of selenium to the amount found in less than 3 brazil nuts is a good example of this.

Epilogue - and save the date

We need to be very careful what we wish for – and there is no guarantee that Brexit will offer people more freedom of choice in natural health with Brexit. It could be akin to jumping from one frying pan (the EU) to another (Brexit without Parliamentary scrutiny).

America now finds itself in an uncertain place wondering which way Donald Trump will lead the USA in 2017. The same could be said of Teresa May, David Davis, Boris Johnson and others, as they take they take themselves through the Supreme Court in an effort to draw a line through Parliamentary scrutiny just weeks after sweeping into power on the back of the Brexit referendum.

We’re all watching: eyes wide open. The we need to act appropriately once we have more information. We'll be rolling out campaigns in due course in an attempt to maximise the opportunity for natural health. We'd in the meantime like to make you aware of a meeting of the All Party Parliamentary Group on Integrated Health in Westminster. Those interested in attending the meeting at the Houses of Parliament at 6pm on 6th December, please contact Matthew Williams on [email protected] should you wish to attend. Our executive director, Rob Verkerk PhD, will be speaking and he and members of our team will look forward to dialoguing with any of you able to make it.