Home News The D word: taking the sting out of your January detox 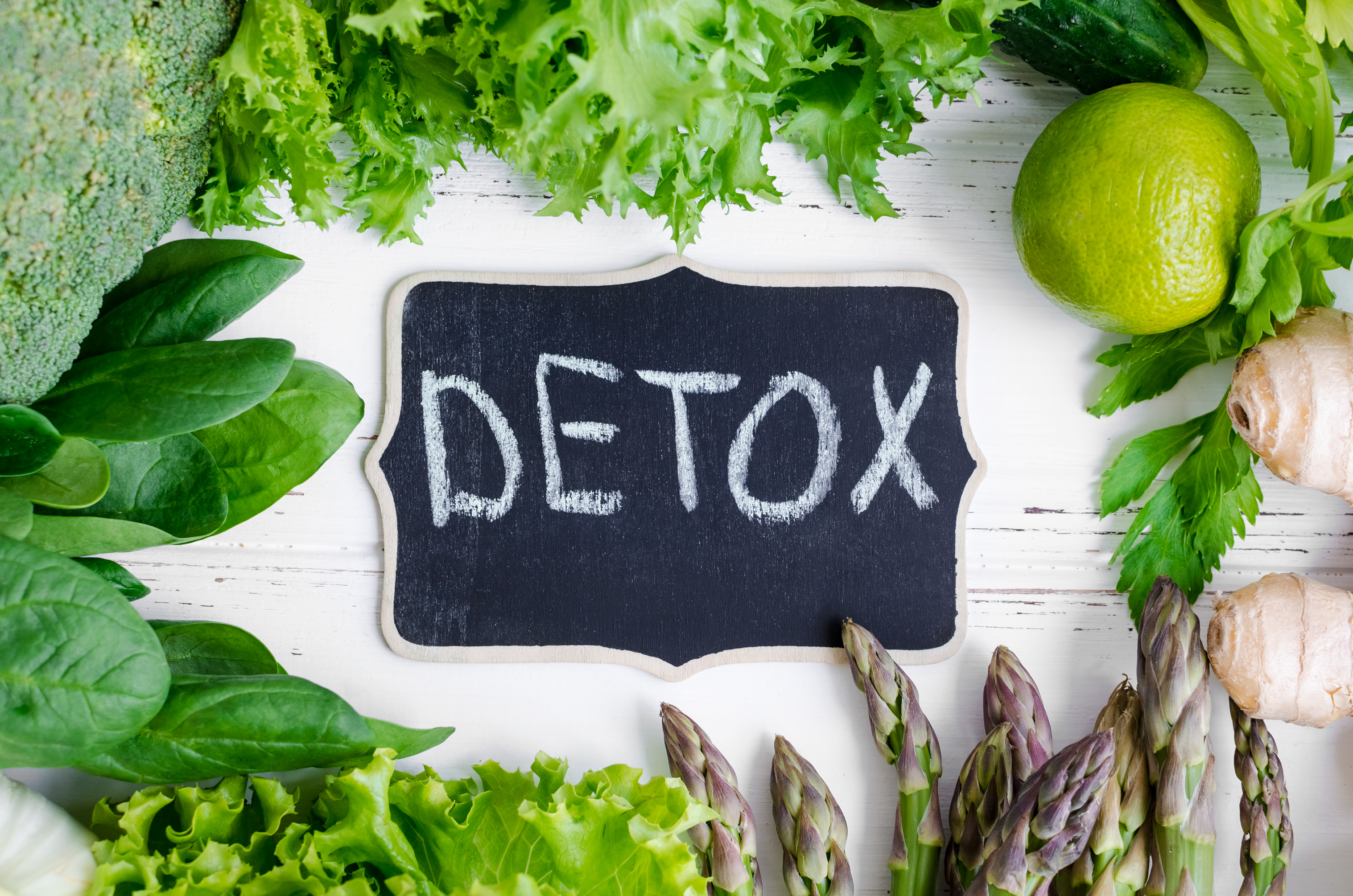 The D word: taking the sting out of your January detox

A bit of festive first aid!

We’ve been defending the humble detox for many years now, such is the fire it’s come under from conventional medics, skeptics and some so-called scientific organisations. Branded the territory of quacks and charlatans, succumbing to the infamous New Year detox is slated to do little for you except burn a hole in your pocket. We’d suggest that the evidence speaks for itself. The very fact that year in and year out millions commit to fasting and calorie restriction, increasing our intake of plant foods and herbs, abstaining from alcohol and engaging in fitness regimes as a means to combat our festive over-indulgences and start the year on the right foot, is suggestion enough that we feel better doing these things. You don’t need to spend a fortune on expensive detox supplement kits, juicers and retreats — although some of these may be hugely beneficial in helping support your body's myriad of detoxification pathways. Instead, a few well-chosen diet and lifestyle tweaks can make all the difference.

Detoxing, or detoxification to name it correctly, refers to the removal of toxic substances from the body. Conventional medicine likes to ring fence ‘toxic substances’ as chemical toxins that require medical interventions such as heavy metal (e.g. lead) chelation therapy or stomach pumps for drug overdoses. But our bodies produce toxic compounds through normal metabolism and we're increasingly exposed to more and more industrial chemicals. Couple this with a lower diversity of plant based foods and herbs, lower rates of metabolism linked to sedentary lifestyles and pro-inflammatory diets, the scene is set for our inboard detoxification systems to become overburdened.

The New York State Department of Health describes a toxic substance as a substance that can be poisonous or cause health effects. Excess sugar, alcohol or calories can most definitely cause health effects. And let’s face it, who amongst us won't be wishing at some point over the holidays that they hadn’t had that extra mince pie, pudding or chocolate…! We all know what it feels like — yes, even us health nuts — to roll out of bed after days of solid socialising, eating and imbibing and feel rubbish. This article is devoted to a bit of festive first aid to ‘dodge the podge’ and make your detox desire in January a little less rampant! 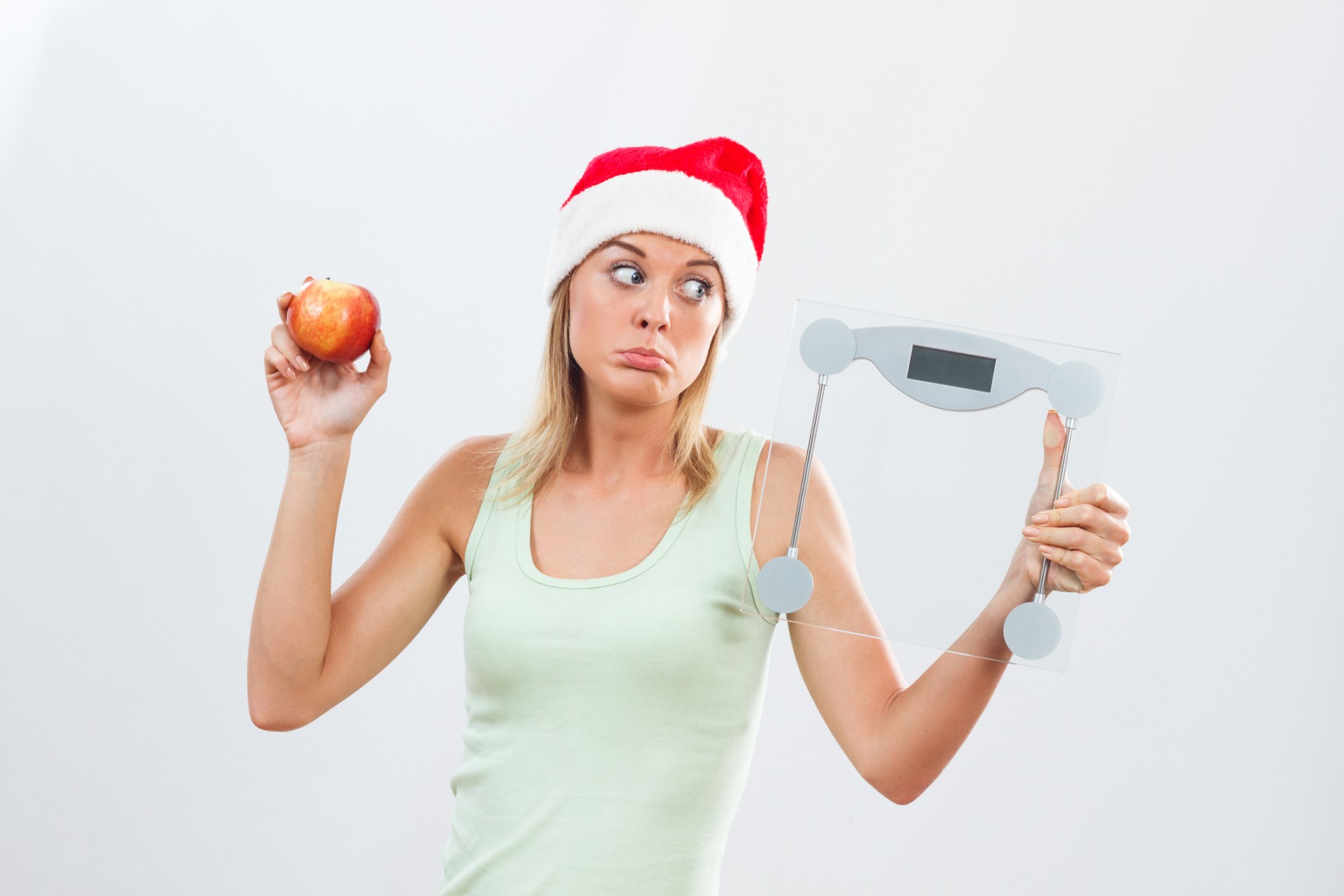 But first we look back…

Considered a modern phenomenon, detoxing is subject of much controversy. However, despite the not-insignificant efforts to get people to believe that we have no need to detox, and that our own internal body systems will handle all we throw at it from a dietary perspective, detox diets have lost none of their appeal. Perhaps this is because the need to detox resonates deep in our DNA? Detoxification is a vital cellular task that protects our bodies through neutralising and excreting toxic substances. This process is vital to survival, let alone our health and wellbeing. The by-products from our body’s own biochemistry would kill us if they weren’t constantly broken down and removed. Our most important detoxification organs are our liver and kidneys, but our lungs, skin and digestive tract are also involved in the process of excreting toxins.

Ancient healing traditions such as Panchakarma in Ayurvedic medicine, herbalism and Traditional Chinese Medicine have respected our body's need to support detoxification for centuries - and that was well before the Industrial Revolution produced today's vast array of chemicals to which we're exposed daily. It’s no surprise how many 'old' detoxification practices are now finding their way into the modern medical world. We’ve listed a few at the end in case you feel a need to bring in the big guns in January! 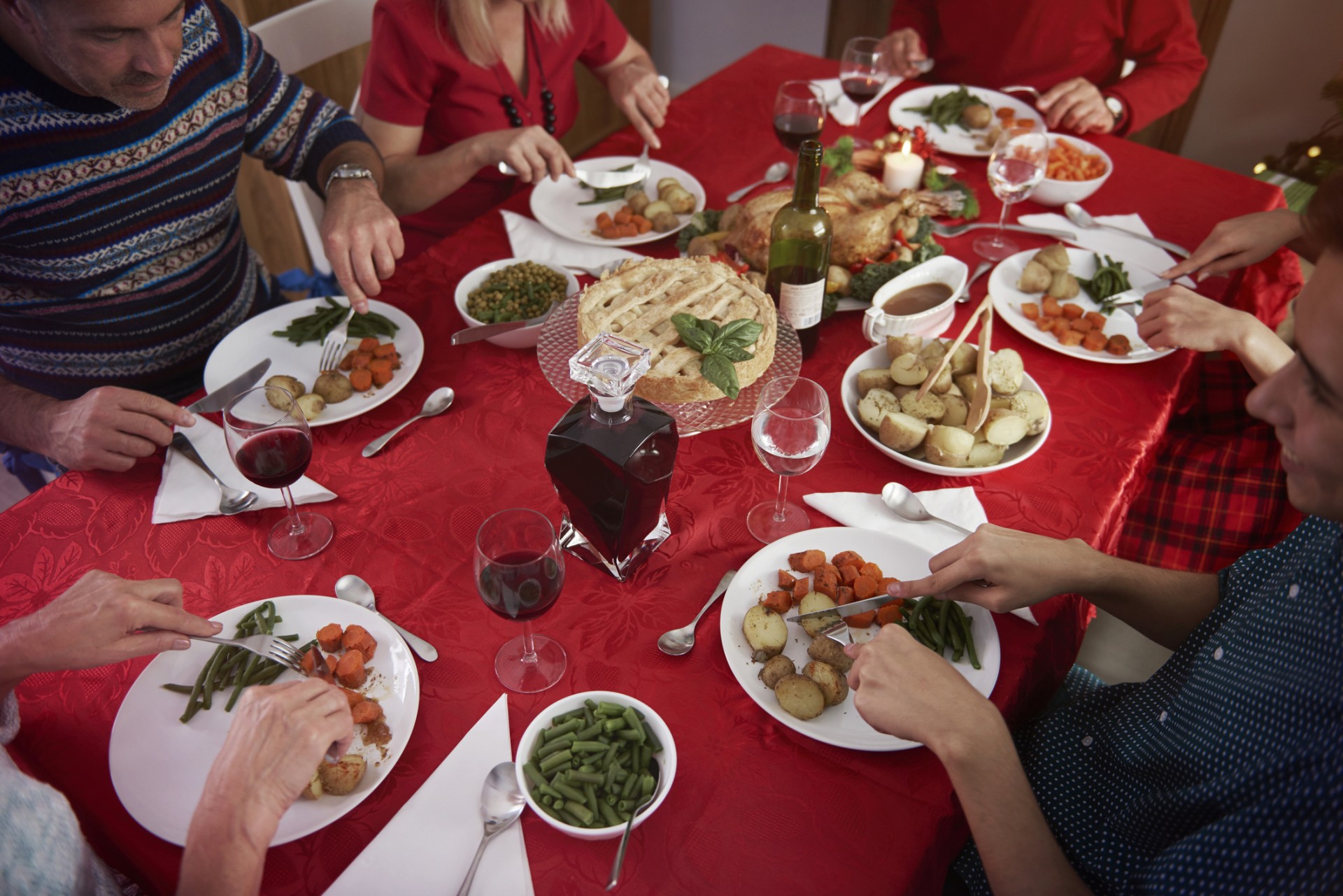 Detoxing then — and again now

Although it appears the practice of bloodletting throughout history had little or no effect on most diseases leading to the practice being abandoned in the 19th century, recent research has demonstrated blood donation has real benefits for obese people with metabolic syndrome, with just two sessions of bloodletting being enough to improve blood pressure and markers of cardiovascular disease.

Enemas – the use of enemas can be traced back to the ancient Egyptians where they were used to treat problems such as piles, but later on as a way of delivering nutrients into the body. The primary role of an enema, then and now, is to clear the bowels using a water based solution. However, green coffee enemas are used frequently today and contain coffee in solution in the water. The caffeine from the coffee is absorbed through the hepatic portal vein which goes directly to the liver where it becomes a powerful detox stimulant. The enzymes in the coffee also stimulate bile excretion further increasing detoxification, which is why it’s used a lot in natural cancer support.

Faecal transplant are again realising a revival. Thought to be a modern day discovery, the use of faecal transplants (known as yellow soup) were first documented in 4th century China where they were used to treat diarrhoea and food poisoning. The use of faecal transplants where faecal matter is taken from a healthy donor and transplanted into someone with health problems is becoming a popular treatment, particularly in the treatment of Clostridium difficile infections. Faecal transplantation is also looking promising in the treatment of obesity and type 2 diabetes and is becoming increasingly popular in both complementary and mainstream medical circles.

Baths – all civilizations across the world have used baths to both cleanse and purify the body. Ancient Greeks built pools around volcanic springs to form hot baths (we now use 'Hot Tubs') that contained minerals. The Romans built bath houses that had both hot and cold baths (and showers) and many towns in the UK still have evidence of these ancient spas. Hot baths promote perspiration, which was believed to be remedial and also good for cleansing the body. People continue to use wet saunas and steam baths to facilitate treatment of diseases and promote the elimination of toxins. Recent research published in the journal Age and Ageing has suggested that frequent sauna use may reduce the risk of the development of Alzheimer’s disease.

Massage – the first written records have been traced back to ancient China and paintings in Egyptian tombs show massage as part of their medical tradition. Hippocrates also referred to the use of rubbing. As well as relaxing muscles in the body, massage is believed to help the body release toxins, particularly when manual lymphatic drainage is used to stimulate the lymphatic system which also removes waste products from the body.

Fasting – Ancient Greek physician Hippocrates, as well as several other early physicians, were of the view that fasting not only made the body ‘dry’, but also helped to sustain the balance of the four vital humours. Intermittent fasting has become hugely popular once again, with a wealth of science pointing to the many health benefits.

Diet – perhaps the easiest (and most overlooked) way to support your body to naturally neutralise and eliminate toxic substances (including hormones and other by products of normal metabolism) is to eat a diet rich in vegetables, herbs, spices and some fruit (particularly berries). As we've said before, you may not be able to change your DNA, but you can improve your body's ability to detoxify toxins through dietary and lifestyle changes. 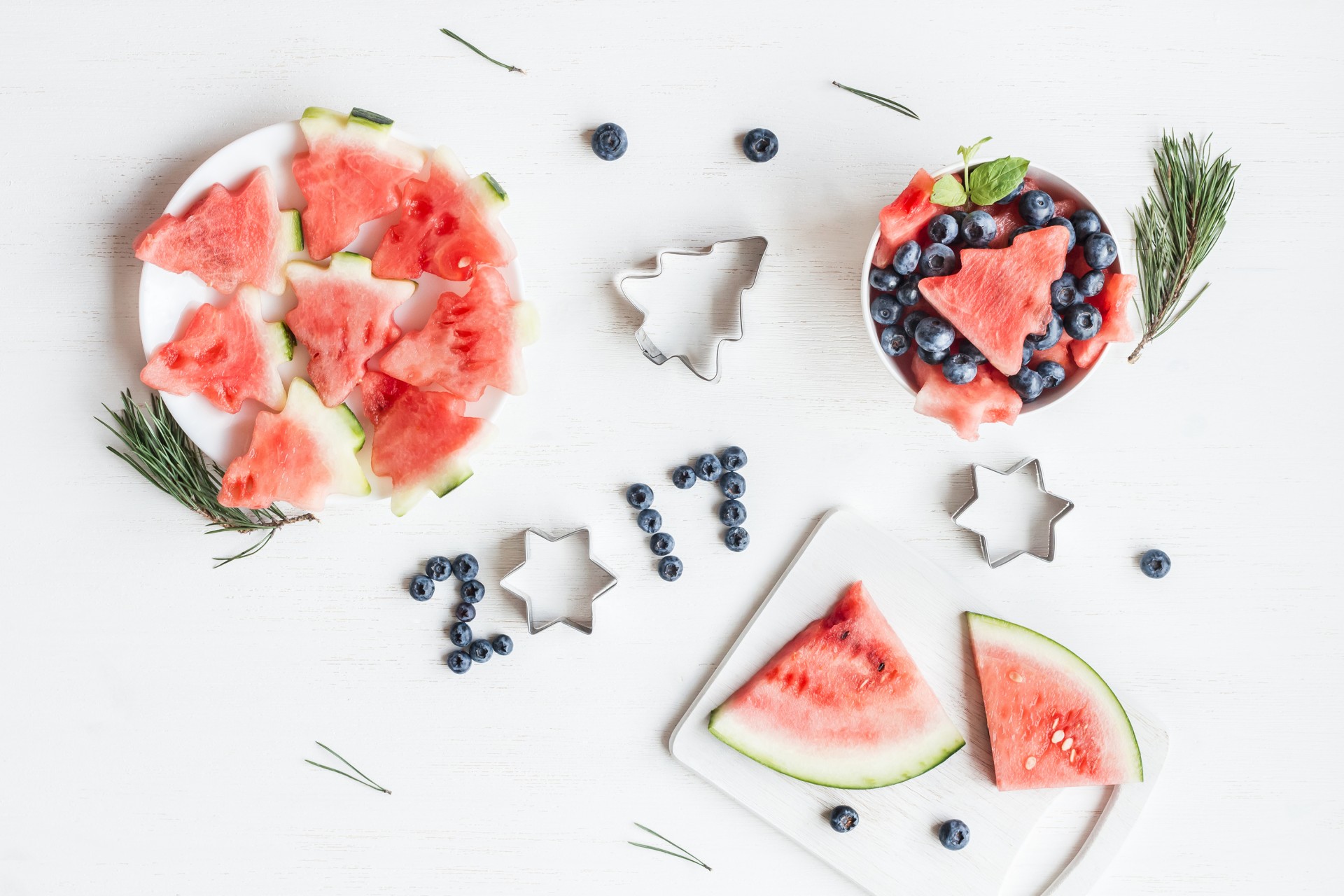