Home News Should the ‘Nutritionist’ title be legally protected in the UK?

Should the ‘Nutritionist’ title be legally protected in the UK?

In December 2016, 22-year-old dietetics student Harriet Smith, launched a UK e-Petition calling for the title of ‘Nutritionist’ to be legally protected. Harriet is one of three young trainee dietitians advocating, that, “Dietitians are the only qualified (and legally regulated) health care professionals that can assess, diagnose and treat dietary related medical conditions”. 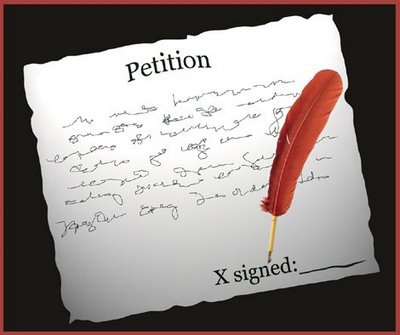 Citing a lack of regulation, which means that, “…anyone can set up and practice as a nutritionist/nutritional therapist”, the petitioner and her supporters are asking the UK Government to, “…take action to prevent unqualified people from potentially putting people’s health at risk”. Whilst the e-Petition text seems innocuous enough on the surface — relevant even — the devil, as always, is in the detail. The use of the words “evidence based advice” at the end of the text signposts a potentially less innocuous motive and agenda behind this petition.

The petitioner Harriet Smith is a member of a band of three trainee dietitians who are the creators of the website ‘Fight the Fads’. They’ve had a lot of recent airtime in the British press – far more than might be typically justified for a trio of students. The raison d’être for the website is apparently the “debunking [of] nutritional myths & fads with science”. From their extremely prolific posts, it’s evident that healthy (dare we say clean…!) eating, nutritional, functional, integrative medicine-based therapists and natural health bloggers fall squarely into this definition.

When you scratch below the surface of the Fight the Fads website (as slick and beautiful as it is), you’ll find a mish-mash of articles created specifically to challenge areas of nutritional science that are emerging, not yet subject to scientific consensus – and some about which it is clear the young students know very little.

Moreover, the same rhetoric we see time and time again from the skeptic movement is repeated throughout, which in our view masks any rational and objective message they may have been trying to convey. Perhaps if these young women spent as much time studying the more recent evidence base for nutritional science, as they do trying to grab headlines and posting on e-Media platforms, we could expect more accuracy and less ‘old-science’ in their outputs.

The right to be heard

The right to petition the Crown and Parliament to air grievances is a fundamental constitutional right in the UK. In July 2011, it became possible for UK citizens to circumvent the historically lengthy petition processes and submit an e-Petition online. Achieve 10,000 signatures and we’re told you can expect a response from Parliament. Achieve 100,000 signatures and your e-Petition will be considered for debate in Parliament. The operative word here being ‘considered’. Since its inception, a total of 28,129 petitions have been created, but only 50 have actually been debated in Parliament, with a further 13 awaiting debate. Some of those cast into history without a hearing number in their millions. 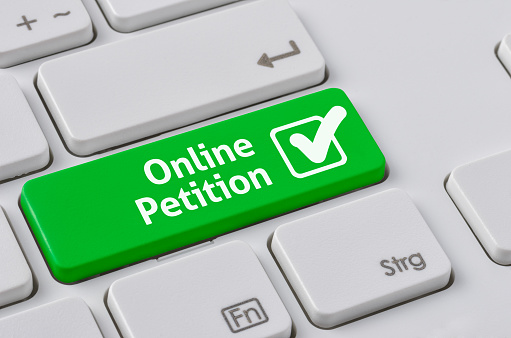 Whilst there are myriad ways of taking a case to the UK Parliament, e-Petitions have caught on. Not least of all because of the speed at which someone feels they can have their say, tick said grievance off their hit list, then go about their business and forget all about it. We can’t deny, we’re living in a time of instant gratification — and therefore desirous of instant complaint, action or retribution. Yet, at ANH-Intl, we’d argue that there isn’t always sufficient information in a petition’s header text to make a considered action, especially when that action may have further reaching consequences than one might have expected.

What’s in a term?

In the nutritional/dietetic practitioner space, the term ‘evidence-based’, is often used like a slur by dietitians to denigrate nutritional therapists and practitioners using a more functional based approach to nutrition. It’s a ‘them and us’ situation, given that the former are statutorily (state) registered under the Health & Care Professions Council (HCPC) — along with osteopaths, chiropractors and physiotherapists — and the latter are voluntarily registered under the Complementary & Natural Healthcare Council (CNHC).

The HCPC requires the therapies it regulates be evidence based and that therapeutic interventions used must be able to be shown to be demonstrably effective using suitable (conventional/mainstream) experimental designs. Whilst there exist some therapeutic interventions that are poorly evidenced (based on conventional study criteria) or un-evidenced for historic reasons in many HCPC regulated professions, there is a requirement for a reasonable evidence base for the general therapeutic approach, and a commitment to evidence based practice going forward. This is the reason why dietitians keep banging on about evidence based practice, bandying the term about like a stick to beat nutritional therapists into submission. But the scope of practice between the two disciplines can be like chalk and cheese in reality, and we feel that it’s the public’s right to have the freedom to choose which type of practitioner and therapeutic model that’s most appropriate for them. There is also extensive clinical experience from nutritional therapy and related disciplines, including functional medicine, that demonstrates very high levels of effectiveness of the often multi-stranded therapeutic approach that generally aims to deal with the underlying causes and triggers of health dysfunction.

By contrast with the HCPC, the CNHC with whom most nutritional therapists are currently registered, is accredited by the Professional Standards Authority for Health and Social Care being the holder of an Accredited Register. Its key purpose is to act in the public interest and enable proper public accountability of the complementary therapists that it registers. This is in effect a system of voluntary regulation. Registrants with CNHC willingly come forward to be regulated, being confident in their professional standards of practice.

Both the HCPC and the CNHC have been set up with Government approval and support and both have Codes of Conduct, Complaints Procedures and require registrants to hold appropriate insurance. In both instances the public are protected. Whilst we could have a supportive and inclusive network of healthcare professionals working for the benefit of the UK public, sadly, petitions like this demonstrate there’s a way to go still regarding basic professional respect and etiquette. We believe Harriett Smith’s petition has made an important and potentially misleading omission by not mentioning the CNHC voluntary regulation option widely used by nutritional therapists.

Back to the petition…

There is little doubt in our minds that the petition to protect the term ‘nutritionist’ has been set up as an anti-natural health/nutritional therapy move with exclusion rather than inclusion at its heart. Somewhat surprisingly, support for the petition is now coming from some corners of the nutritional therapy sector itself. This has confused many practitioners who would rather see it fizzle out at the end of its 6-month term, like so many worthier petitions before it. 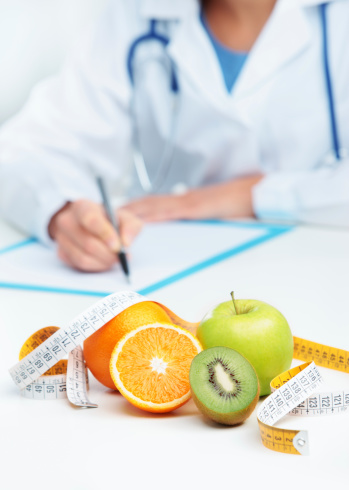 The petition to protect the term ‘nutritionist’ has much deeper implications for nutritional therapists because it goes right to the heart of the statutory or voluntary regulation question. The British Association for Applied Nutrition & Nutritional Therapy (BANT), one of the main professional associations for Nutritional therapists, is a strong advocate for gaining statutory regulation under the HCPC. The association has also taken, what might be considered by some, an unprecedented step in supporting this petition. When asked his view, BANT chair, Miguel Toribio-Mateas, had the following to say:

“'Nutritionist’ is an umbrella term for us all providing nutritional recommendations and it is also a term that we as Nutritional Therapists are commonly known by the public and our clients, as is the case with dieticians and Association for Nutrition graduates. How the future registration and titles will work is still to be determined and all that BANT wants to achieve with this petition is to ensure that we are not excluded from the debate. If BANT chose to ignore the petition, this would provide ammunition to the other parties involved. In the hypothetical event that Parliament even considered debating this issue, it is paramount that the interests of BANT members be represented, and if we haven’t been seen to publically support a healthy debate about this all-important matter, it would be only too easy for BANT members to be excluded from it. So far from supporting a petition for Nutritional Therapists to change their name to “Nutritionists”, what we are supporting is a debate about what the different professions do so that MPs actually get a chance to understand what BANT members do daily in their jobs. With just over 6,000 signatures thus far, BANT asks members to put the ‘Fight the Fads’ petition in perspective.”

We see Harriet Smith’s petition as a bit of foot-stomping and tantruming by a 20-something skeptic-student who doesn't fundamentally subscribe to a natural health position. UK citizens or residents have of course the freedom to either support the petition or not.

What we urge, is that should you choose to support the petition, you do it with full consideration of where it has originated from and also what it seeks to achieve. We recognise that having a legally protected title may benefit nutritionists but the tight controls likely to be implicit with becoming an HCPC registered profession may well considerably alter the scope and nature of practice of nutritional therapy. This has been a concern for some of the osteopaths and chiropractors who have been statutorily regulated, and for herbalists who were close to securing statutory regulation two to three years ago. In our view, given that the healthcare regulation debate with regard to non-conventional therapies has been going on for over two decades, it’s unlikely, though not impossible, for this petition to see the light of day in the UK Parliament. We also acknowledge and respect people’s reason for supporting the petition.

Our vote goes to….

We would however like to emphasise that our own position, given the facts today, is that the present voluntary regulation option provided by the CNHC should be maintained, whether statutory regulation for nutritional therapists becomes possible or not. And that improved standards of practice should continue to be advanced and evolved, particularly with regard to the evidence base congruent with the highly personalised and functional scope of practice. The UK Government has itself acknowledged in 2011, that for some groups of workers in the health and social care sector that statutory regulation may be a disproportionate response to the level of risk posed to the public. In the same report, the UK Government expresses its view that voluntary registration can be an effective and proportionate means of ensuring public safety.

UK citizens and residents, and especially fellow nutritional therapists, the choice is yours.

Note: Practitioners wishing to debate this issue further can do so on our private ANH International Practitioner Support group on Facebook.