Home News Smart meters: the choice is yours... at a price

Smart meters: the choice is yours... at a price

Pressure mounts on consumers with Europe’s smart meter roll out

If you live in the UK and thought you had a choice between a smart meter and an analogue meter, you could be sadly mistaken. It’s been brought to our attention that one water company in the UK is essentially ‘forcing’ smart-meters, that emit damaging radio frequency electrical fields that even the International Agency for Research on Cancer (IARC) in 2013 has recognised as a possible human carcinogen, on consumers even if they don’t want one. We feel so strongly about maintaining our rights and freedoms, especially when there is a potential risk to health, that we’re bringing you the information so you can take action for yourself and your family, wherever you are — in the UK or beyond.

Despite a 2016 Euractiv report stating that smart meters are ‘not needed’ to develop intelligent power grids, roll-out across Europe is being pushed hard.

The foundations for rolling out smart meters in Europe were laid down in a 2006 EU directive on energy end-use efficiency and energy services. This directive merely required Member States to ensure that consumers of energy and water are provided with individual meters and accurate billing, including time-of-use information. It wasn’t until 2009 in the updated electricity and gas directives that the commitment for every house to have a smart meter by 2020 appeared.

However, in the UK, advice remains that consumers still have a right to refuse a smart meter. A right that Thames Water appear to be flouting, instead resorting to using bully-boy tactics to ensure installation of smart meters regardless of consumers’ wishes. Mast Sanity have confirmed reports that Thames Water is installing stop cocks outside of properties and then sending its staff (or a contractor's staff) to knock at doors and tell the householder it’s mandatory to have a meter. One such householder told us that they had been quoted a fee of between £500 and £600 to have an analogue meter installed instead of a smart meter.

In Germany, the Digitisation of the Energy Turnaround Act was passed into law last year to push the adoption of smart meters, despite previous rejection of the technology.

France started its roll-out in 2015, however in Bordeaux an entire village has been taken to court for refusing to accept the new technology. Spanish energy companies have until 31st December 2018 to replace ALL conventional meters. 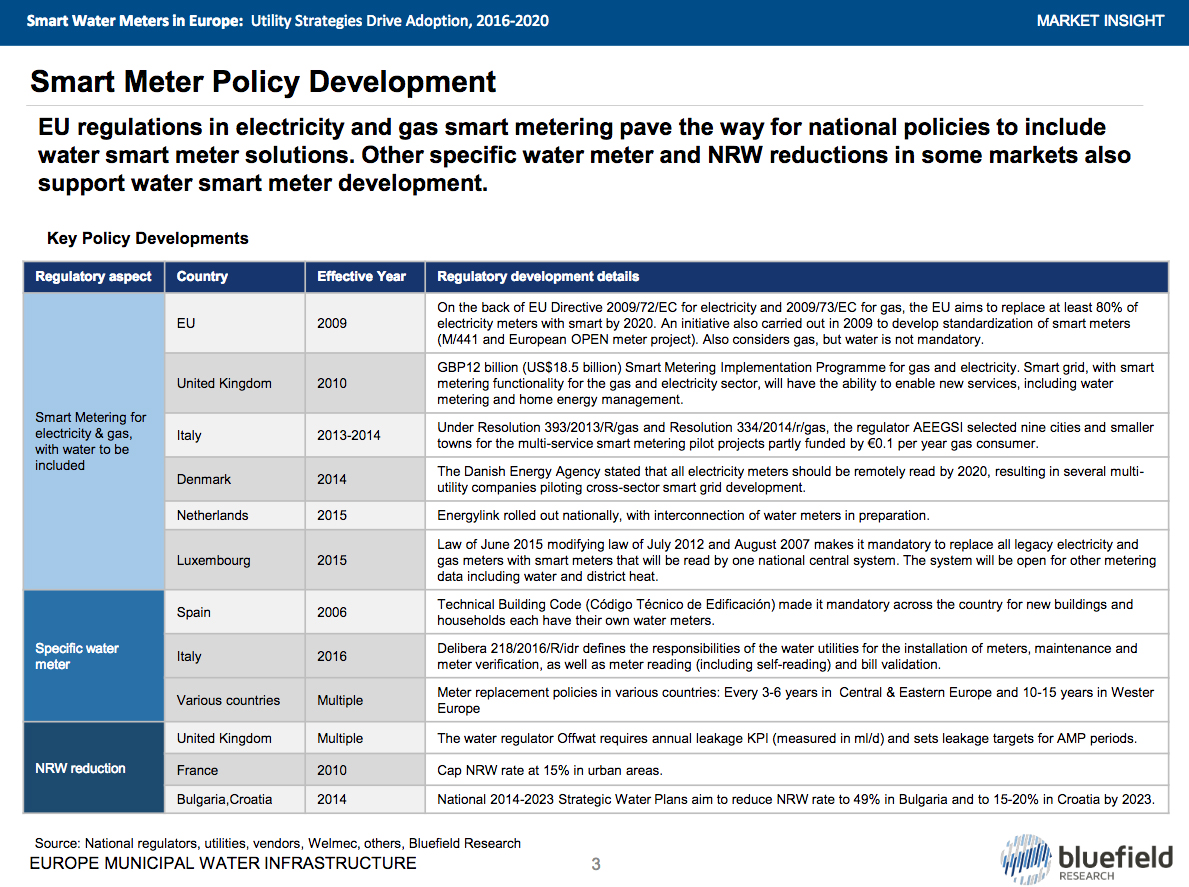 Meanwhile, in the US, smart meters are now commonplace. As the US and European markets reach saturation, it would seem that companies are now turning their attention to the Asian markets, whilst in Mexico and South Korea, work has started to install networks to allow for installation of smart meter technology.

In the UK, smart meters are being marketed as the panacea for reducing energy usage, saving time and money. The ads are scheduled at prime time on TV and are deliberately aspirational and psychologically motivating. Smart meters are clearly the must-have technology of the moment. But are they?

Search smart meter risks on the Internet and the majority of information parrots the same message: 'Smart meters are safe'. And health authorities assure us that the science says there are no risks to health. Public Health England (PHE) is keen to convince UK citizens that this technology is safe, however leading scientists show otherwise.

Whichever way you look at it, this cannot be a one-size-fits-all approach as too many people become extremely unwell when exposed to electro-magnetic radiation fields. And let’s not forget IARC’s ‘probable human carcinogen’ rating mentioned earlier. If there’s any risk of promoting cancer, then the risk has to outweigh the benefit.

Whilst the debate rages on with regards the safety of electro-magnetic radiation, we can’t ignore that smart meters are being, "Installed without full consideration of public acceptance issues".

Lastly, a word about data security. Governments have been warned about the potential security and privacy risks posed by smart meters since 2012, but there is little or no mention of this publicly.

Prof Ross Anderson from Cambridge University has reservations about the security of the technology, stating "We’re about to acquire a significant new cyber-vulnerability." 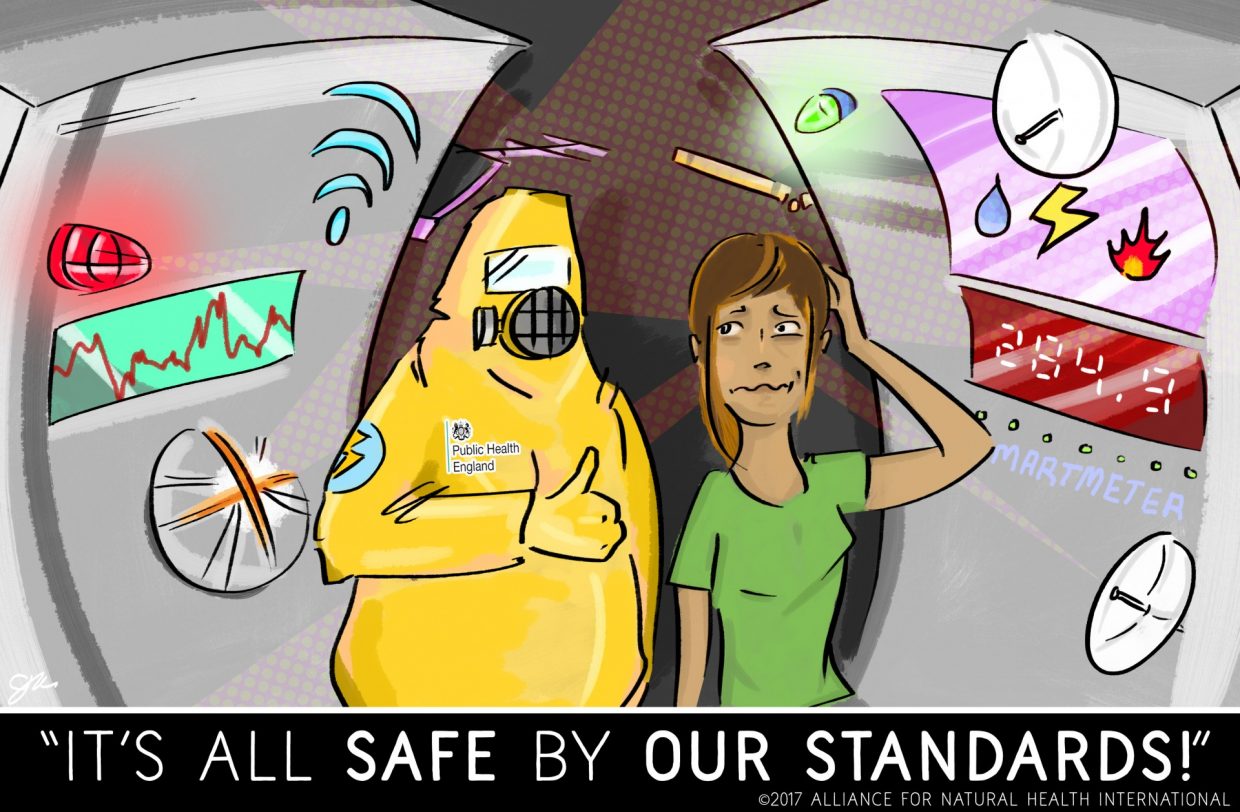 If you’re in the UK…

Whilst it's generally accepted that energy suppliers are installing smart meters, it's less well known that water companies have also started adopting them. Under UK legislation water companies can legally insist on the installation of water meters in areas deemed to be at risk of water stress. It does not dictate the type of water meter. However, separate government guidance states “It is at the discretion of the water company to decide which type of meter it proposes to use”.

This statement is clearly being used to the water companies' advantage, rather than the consumer's. When we asked a Thames Water spokesperson what options consumers have in terms of the type of meter available to them, their representative replied that, "[there] are no other options to smart meters".