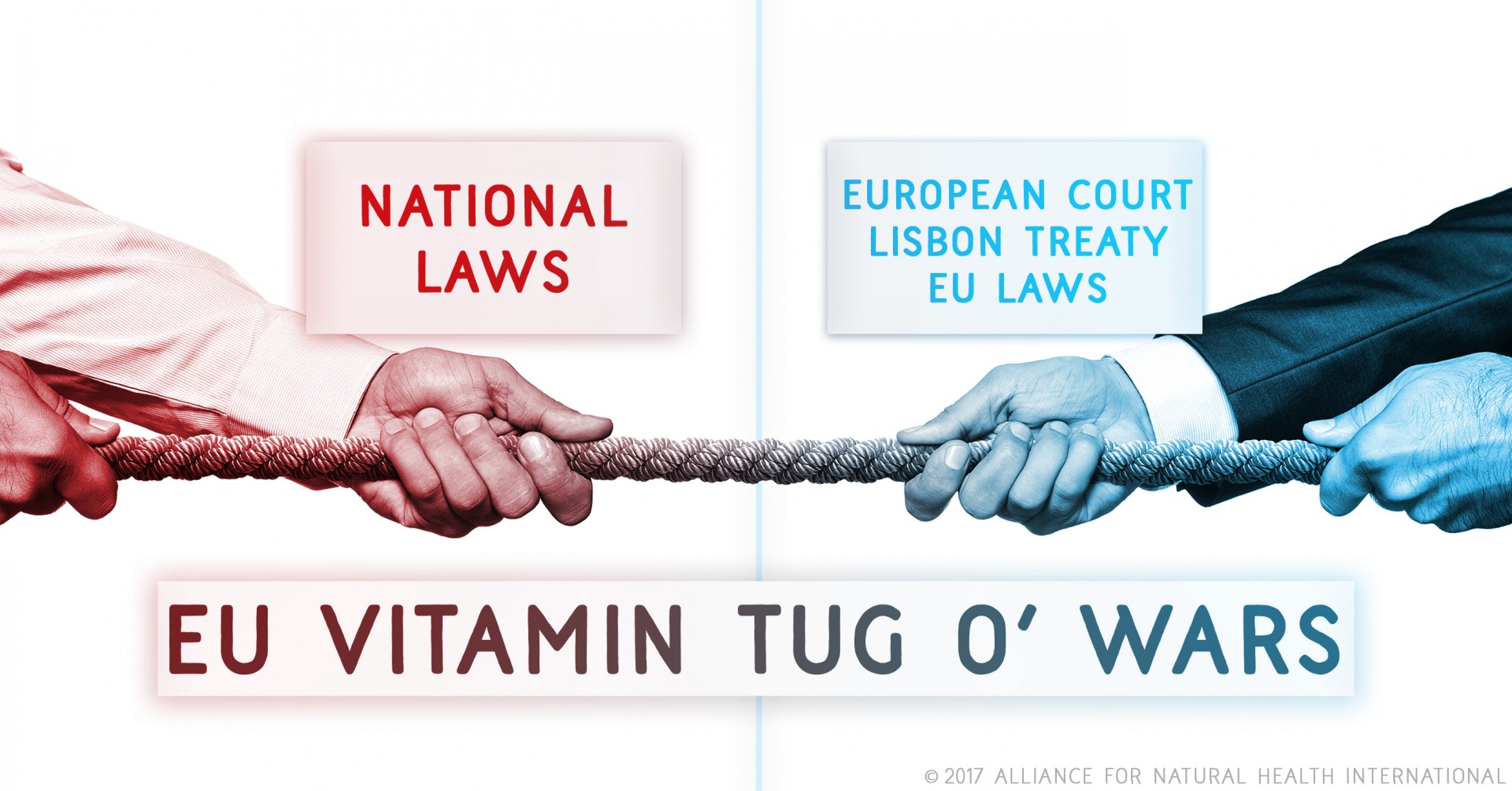 The European Union (EU) has become infamous globally for its tight controls on natural health since 2002, when the Food Supplements Directive (2002/46/EC), first raised its less than attractive head. Since then, we’ve seen a flood of directives and regulations tightening the noose on the sector and its growing consumer base. Some of the legislation may have originated from good intent, to curb the operations of bad actors. But too much of the legislation has been driven by a corporate lobby desperate to knee-cap the natural sector lest it become too big or successful.

So, this makes the recent European Court of Justice (ECJ) preliminary ruling in the Noria case all the more sweet, because it overruled France’s ridiculous vitamin and mineral restrictions in favour of higher levels. Whilst the ruling may not have gone far enough to protect meaningful doses for consumer health — the 'higher' levels are the European Food Safety Authority’s tolerable upper levels — it is definitely moving in the right direction.

Noria Distribution SARL is a French company which continued to sell products with higher than permitted levels of vitamins and minerals in France, even when it knew the levels were illegal in France, while being legitimate in many other EU states. The company's argument was that these same products were legally on sale in other EU Member States at the same levels and surely mutual recognition or the free movement of goods provisions within the Treaty on the Functioning of the European Union would come to the rescue. Things didn't look good in 2015 when the French authorities slapped Noria with criminal proceedings. But the company stood its ground, believing the Order breached EU law, and took the case all the way to the highest court in Europe. it appears to be a strategy that's paid off and one that's earning the company gratitude from countless vitamin sellers in France - and beyond.

Maximum Permitted Levels (MPLs) of vitamins and minerals is not a new concept in Europe. The intention to cap the levels of vitamins and minerals to ostensibly protect consumers from taking too much is laid down in the Food Supplements Directive of 2002. Harmonised levels were due across Europe in 2007, but a number of stumbling blocks, that include the ANH-Intl petition to the European Parliament and a lack of scientific consensus on the risk assessment, has stalled the process. The European Commission (EC) has shown no intention since to proceed with setting MPLs, however, individual Member States have been taking matters into their own hands.

In 2016, Belgium was the first to issue MPLs for vitamins D, B6 and C, but both Sweden and the Netherlands are now going after products containing levels of vitamin B6 and D above EFSA’s tolerable upper levels (TULs). TULs were never meant to act as regulatory limits – they are merely guidance levels based on risk assessment.

Protection from the courts

The Noria case asked three key questions of the ECJ. The most important revolves around whether, when there’s an apparent conflict between an excessively restrictive national law and less restrictive EU law under the Treaty on the Functioning of the European Union (TFEU) (such as free movement of goods and mutual recognition), does the EU law take precedence over national law?

Cut through all the legal jargon and the answer is quite simply that France has to comply with the principle of the free movement of goods in the EU. Put simply - treaty is king. The French legislation that led to this situation is exerting a quantitative restriction on products that pose no risk to public health. Hence, such products must be allowed to be sold in France if there is no discernible risk to public health.

In practice, what does this mean? That national authorities cannot arbitrarily limit vitamin and mineral dosages where there is no evidence that such limitation is needed to protect public health. The ruling puts the focus back on risk assessment – national authorities must take into account the latest risk assessment science, particularly that which is agreed internationally. This means in practice that opinions from authorities like EFSA and the Institute of Medicine (IOM) are very important.

Does the ruling go far enough? In a word, no. If the ruling is accepted quite literally, it would likely mean that you could never sell a vitamin or mineral above the EFSA TUL, yet these levels have a multitude of flaws and were intended anyway for guidance.

The EFSA TULs are themselves far too low in many cases because they are based on the most toxic form of a vitamin available e.g. iron sulphate vs iron bisglycinate or folic acid rather than polyglutamic folate in food. Additionally, the levels have been based on the most sensitive individuals, which means that many population groups will be in danger of micronutrient deficiencies. The TULs are also based only on a single ‘critical adverse health effect’ which is deemed the most sensitive effect, occurring at the lowest level of intake. The adverse effect may be mild, transient, reversible and inconsequential as compared with the benefit derived. Yet no account is taken of adverse health effects that may be more serious, or that overlap with benefits, which may occur at substantially higher levels of intakes. It is these scientific flaws that led ANH-Intl’s founder, Rob Verkerk PhD, to author two research papers published in the journal Toxicology in 2010 that deconstruct the EC’s risk assessment methodology in favour of a risk/benefit model. 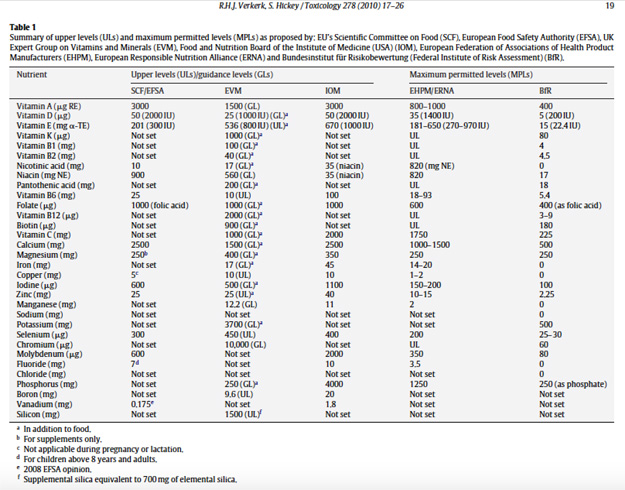 What is now needed for vitamins and minerals is not simply risk assessment, but risk/benefit assessment, this being a natural development from conventional risk assessment that itself originates from the discipline of toxicology and hence makes no consideration of the beneficial properties that are inherent in all nutrients. This is exactly how we manage risks from conventional foodstuffs like fish that may be contaminated with mercury or PCBs and foods containing allergens (e.g. wheat, dairy, nuts). In other words, while these foods may contribute to a health risk in a small proportion of the population, the risk is managed by labelling and this management approach then does not deny many other population groups benefit.

ANH-Intl is spearheading the development of this approach with independent Dutch research organisation, TNO. Very soon the courts will have a validated, working model to challenge overly restrictive national rules. Watch this space!