Tell the European Commission to focus on the real problem, not safe effective natural health products

A European Commission draft Recommendation is soon to be set in stone and could drastically limit availability of food supplements available online.

If you want to skip the detail on the background to this draft Commission Recommendation, CLICK HERE for the campaign actions. People power really matters, please share widely!

What in the EU is going on?

The half a billion people living in the current 28, soon to be 27, member states of the European Union (EU) represent one of the world’s largest marketplaces. As the EU’s legislative vice around natural products selling through conventional retail outlets strengthens and more products are lost, more and more consumers are relying on e-commerce to get the products they rely on and sometimes can’t live without - literally.

Aside from this, there is a general and major trend towards the greater use of e-commerce, with the EU set for “impressive e-commerce growth” in the coming years.

People who regularly purchase health foods and natural health products are by and large those who take greatest responsibility for their health. Because of this, these same people – including supporters and followers of ANH – also pose the least burden on society when it comes to degenerative and chronic diseases. Why should they be penalised because of inappropriate, disproportionate actions by over-zealous national authorities spurred on by a badly constructed Commission Recommendation?

When it comes to regulations affecting natural health products in the EU, the water in the saucepan is at an ever greater risk of ‘boiling the frog’. We warned of this over 15 years ago and have worked to offset, delay or modify the application — and especially the over-zealous application — of these laws ever since.

The latest European Commission (EC) draft recommendation seeks cooperation from EU member states over implementation of laws affecting natural health products. But if it isn’t to unnecessarily limit freedom of choice and omits to reign in the very small number of real ‘cowboy’ operators that do pose a risk to public health, it is in urgent need of adjustment.

As an EC recommendation, it’s an example of ‘soft law', so it isn’t legally enforceable in itself. But the ‘hard laws’ it points to are most certainly enforceable.

Among their sins is the fact the ingredients don’t have a proven history of sale in the EU prior to 15th May 1997 (the implementation date of base EU Novel Food Regulation) and they, in turn, have not been authorised as novel foods following a safety evaluation by the European Food Safety Authority (EFSA).

This date, now over two decades in the past, is fast becoming nigh on impossible to abide by given accountancy and sales records are rarely stored for more than 6 or 7 years. 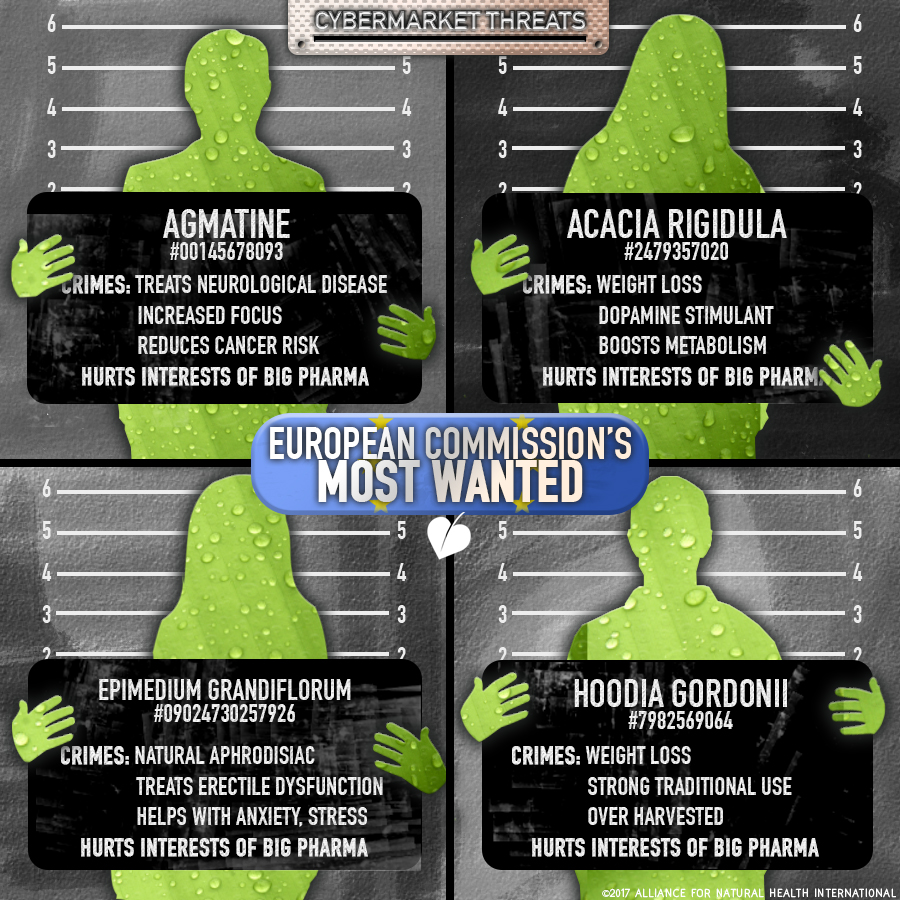 When democracy is cast aside

EC soft laws have been far outstripping the passage of legally-binding hard laws, i.e. directives and regulations, in recent years (Fig 2). In this case, soft law in the form of a Commission Recommendation, that doesn’t need to go through formal parliamentary scrutiny, is being used not only to increase cooperation between authorities in the different EU member states, but also to bring in altogether new requirements, such as the suggestion for quality seals for e-commerce operators, along the lines of those used by online pharmacies. We think this is a disproportionate requirement that places a burden on online sellers of foods that greatly exceeds that for ‘brick and mortar’ or high street retailers. 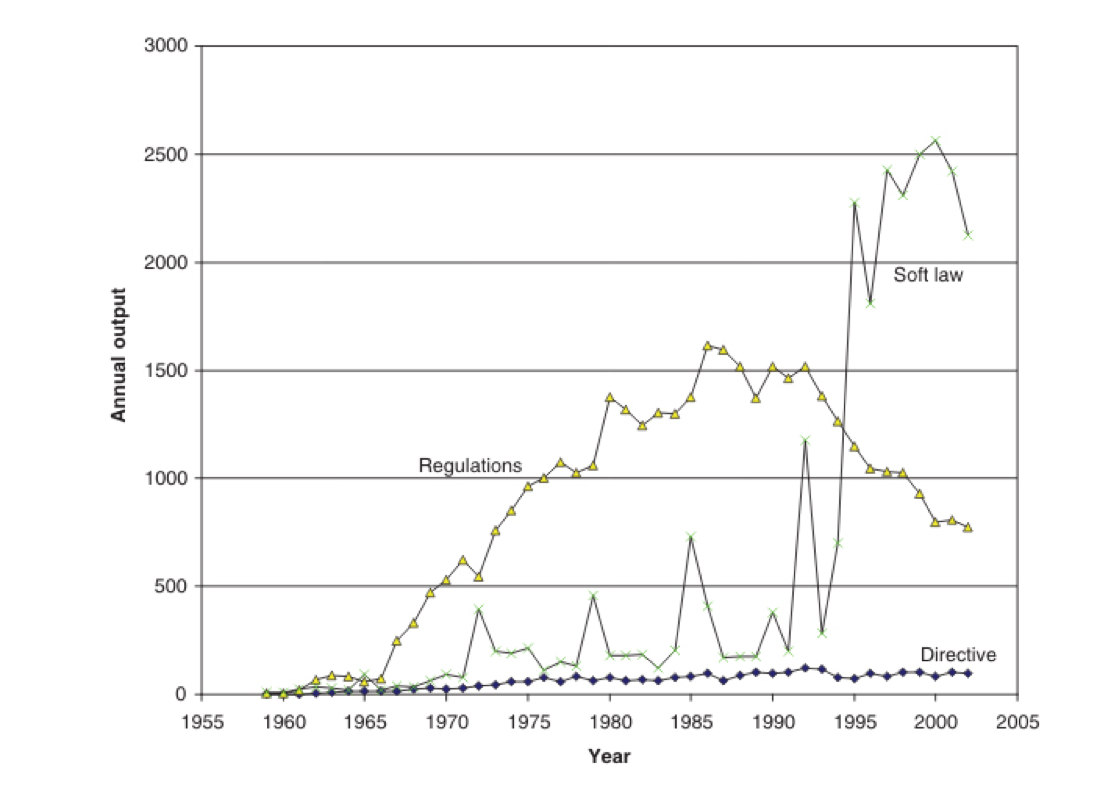 The European Parliament, in its 2007 resolution on the institutional and legal implications of the use of “soft law” instruments revealed its concerns over the possibility of soft law bringing "confusion and uncertainty" to a field (preamble, paragraph N). That's exactly our concern - and it works contrary to the treaty obligations of the European Commission's role as executive to improve the functioning of the single market and protecting the fundamental rights and freedoms of its citizens. Another concern raised in the Parliament's 2007 resolution related to the "democratic deficit". The resolution states “it is regrettable that the involvement of Parliament and the Court of Justice therein is very weak” (preamble, paragraph P).

The additional requirements linked to the Recommendation were proposed in the related EC Action 23 to which we drew attention last week, that is proposing that online traders be required to display quality seals that are on par with those required for “legally operating online pharmacies”.

We argue this requirement is an excessive burden for products that are legally sold as food supplements, which are legally a sub-category of food not medicines and have a safety record that is considerably greater than foods, and orders of magnitude greater than the licensed medicines sold by pharmacies or used in hospitals (Fig. 3). 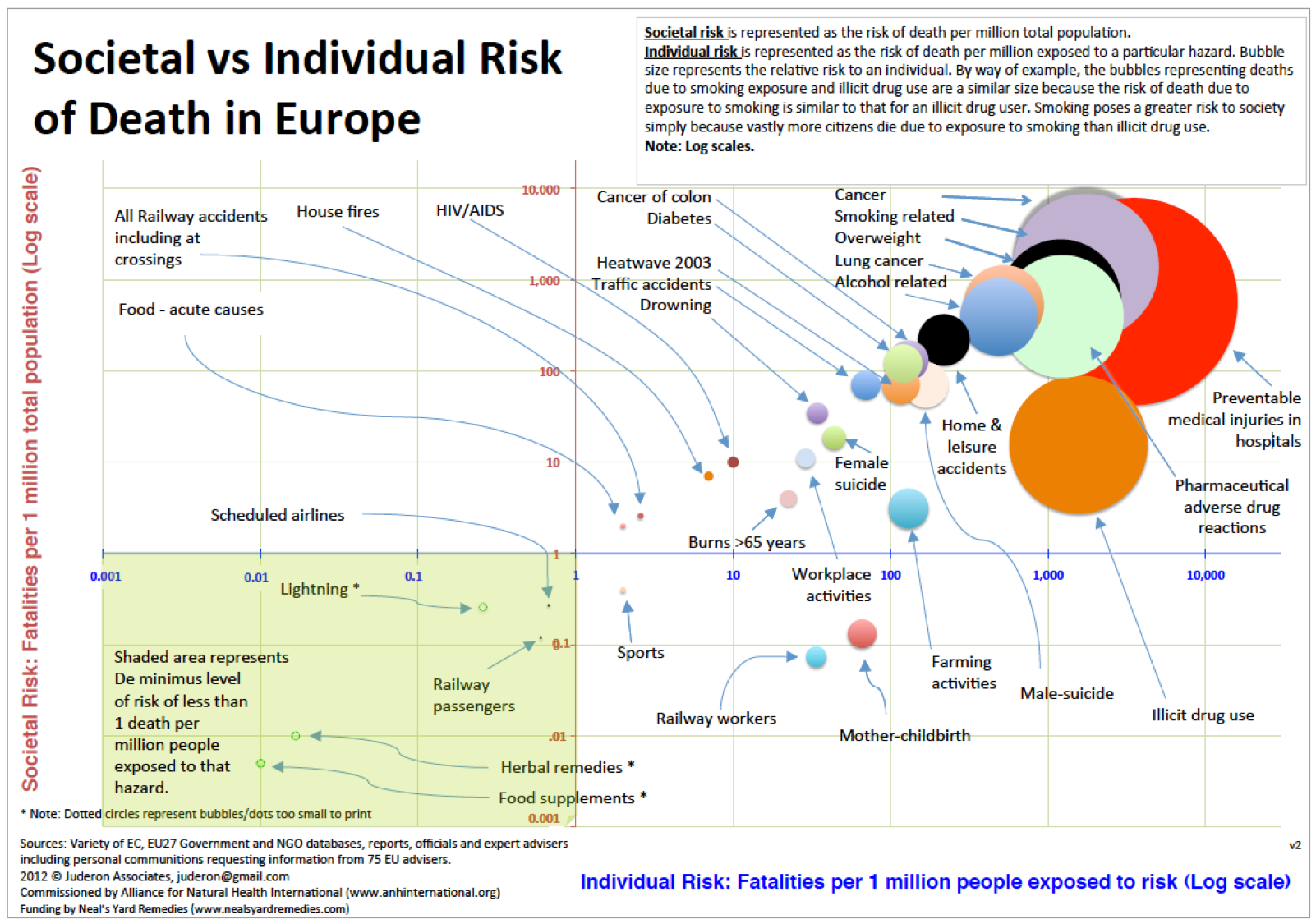 Fig 3. Relative risks bubble chart: societal vs individual risk of death in the EU, based on official figures. (Source: ANH-Intl)

We believe it’s essential to modify this Commission Recommendation while it is still in draft form. This requires urgent action by EU citizens as well as their elected representatives in Brussels, namely Members of the European Parliament (MEPs). We think this recommendation represents the tip of an iceberg and if implemented in its current form, and then extended as planned, it could dramatically strip EU citizens of their freedom of choice over food supplement products that have clear health benefits and pose little or no significant public health risk.

Our key messages are as follows:

We need your help NOW!

Please write to the Commissioner for Health & Food Safety, Vytenis Andriukaitis and tell him that you think the draft Recommendation (SANTE/7036/2017) needs amending.

The reasons are explained in our campaign poster.

Please also take the above points and ask your MEP to tell the European Commission to amend urgently its Draft Commission Recommendation (SANTE/7036/2017) “on a coordinated control plan on the official control of certain foods marketed through the Internet”.

Click here to download an example letter that you can edit and personalise, as politicians respond far better to personalised information that is made unique.

Please share this article, campaign message and poster (click here to download) widely to your family, friends and contacts across the EU. Print off the campaign poster and distribute, post in shop windows and anywhere else you can think of!

Please click on poster image below to open PDF. 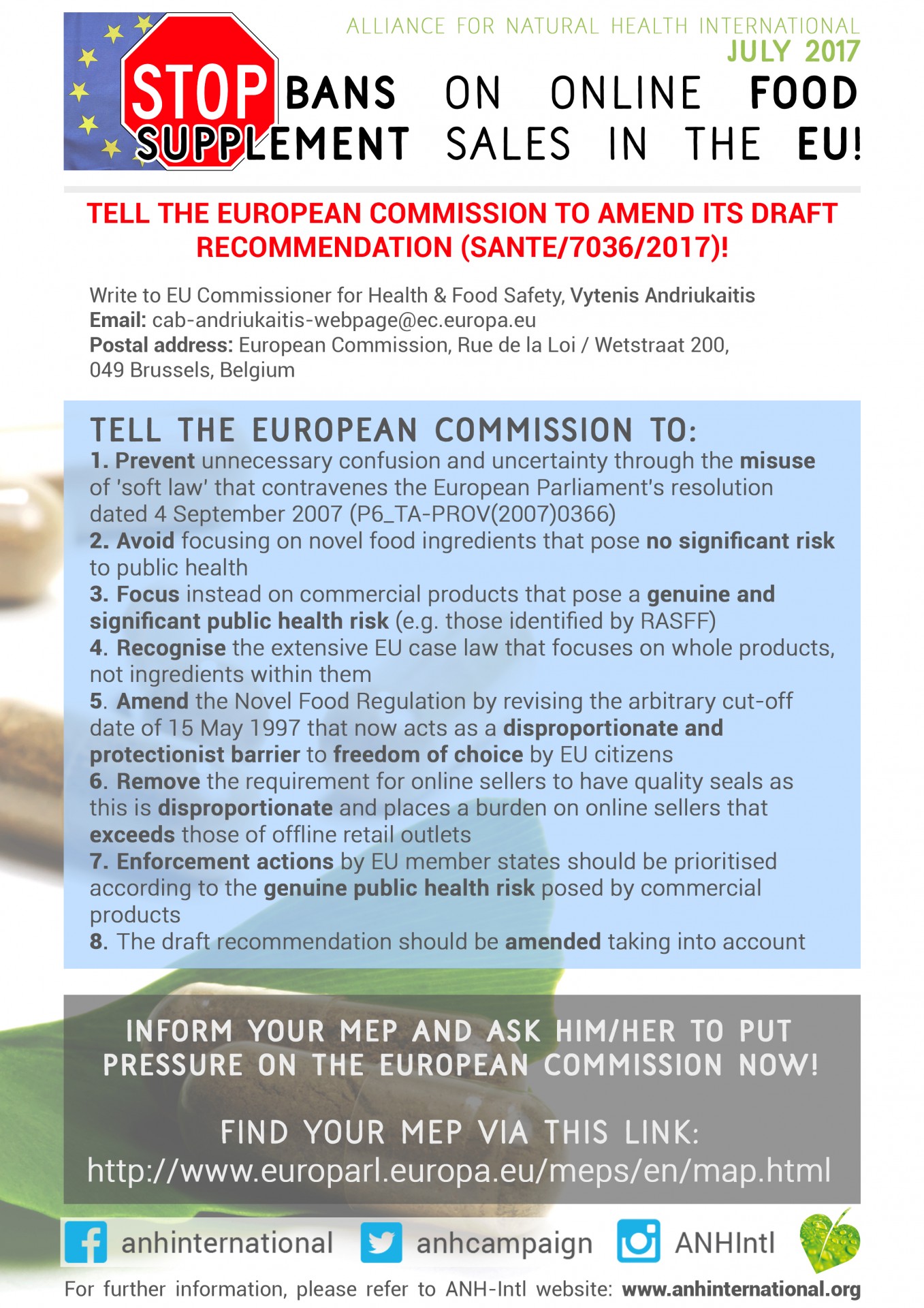 Why government over-reliance on the R number might things worse