Home News Is your little girl an early starter? 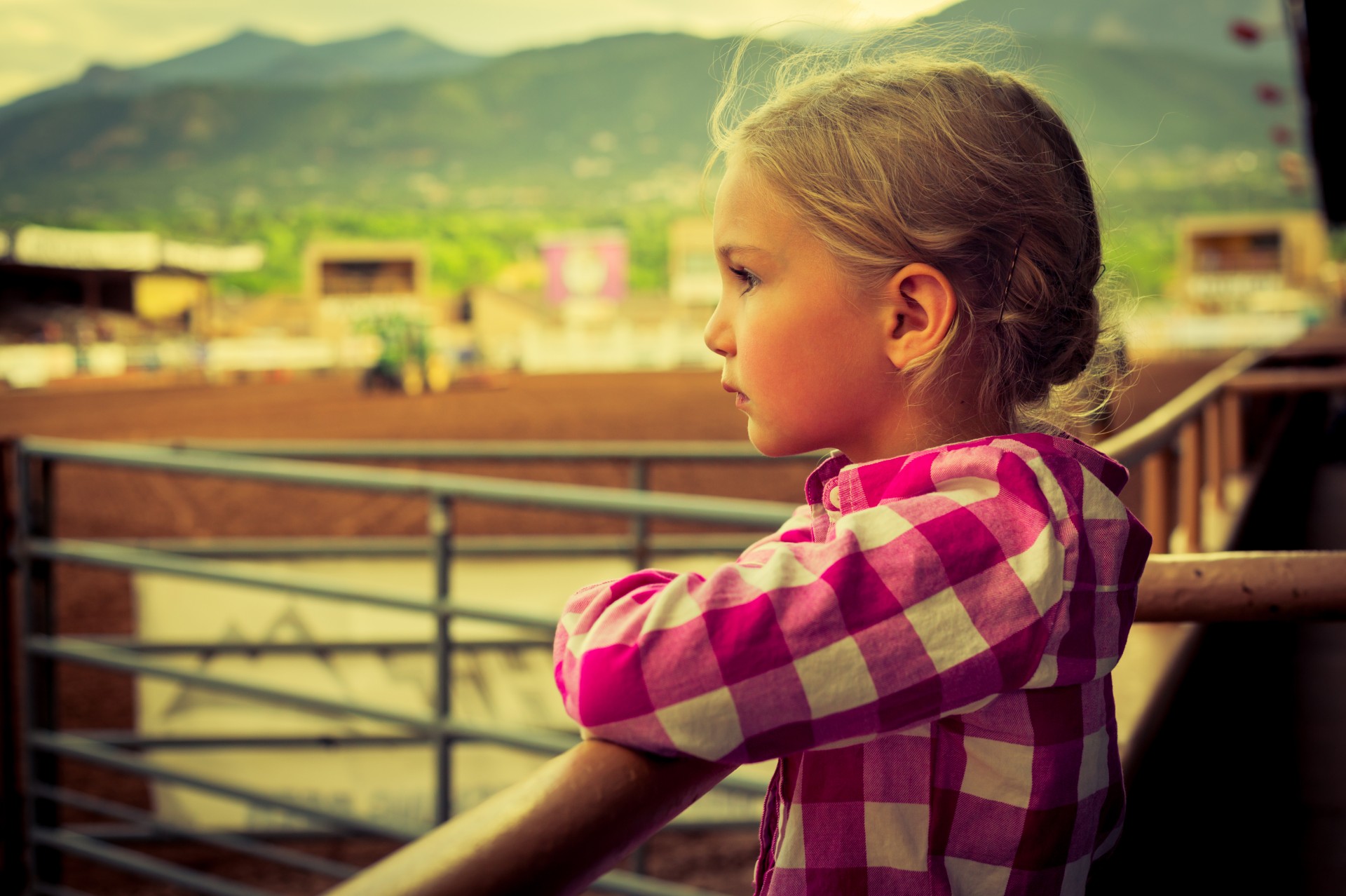 Is your little girl an early starter?

Early onset puberty is increasingly common and is it something to be concerned about?

A recent article published in one of the world’s most prestigious scientific journals Nature, reveals a startling decline in the average age at which girls enter puberty. With this shift comes a heightened risk of serious health and social problems. In this piece, we ask the question: is this part of an evolutionary cycle or is it a warning sign reminding us of the way our industrialised societies are impacting young girls on which the future of the species is entirely dependent?

Puberty is a normal part of every child’s development. It’s the time when girls — and boys — begin their transition from child to adult in order to be able to sexually reproduce. It’s an evolutionary and primordial mechanism that has ensured the survival of our species. As such, our sexual wellbeing is a prioritised body system that can be used as a reliable barometer for our health status.

Current consensus is that the average age for girls to begin puberty is 12, with medical authorities accepting as normal girls entering puberty as young as 8. As the Nature piece in the Outlook section of the journal shows (see below), based on previously published data, the average age of menstruation in Western countries (USA, Germany and France) has decreased by over 3 years, and may still be declining. 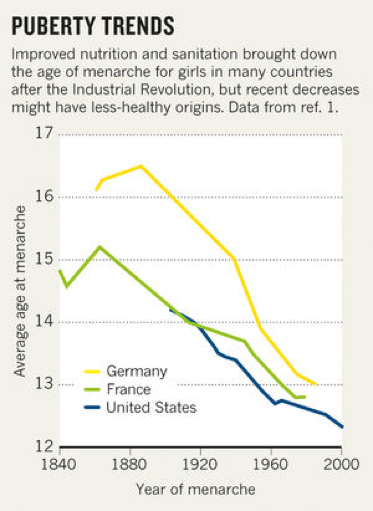 How early is too early?

Female puberty consists of two key milestones – thelarche (breast development) and menarche (start of menstruation), which occur during the 5 Tanner stages of sexual maturation. Sexual maturation heralds a female’s ability to bear children. It’s challenging enough for a 12- or 13-year-old, but are girls as young as 8 mature enough to cope with puberty and the prospect of motherhood? Or is this one of Nature’s red flags signalling to us that we’re too far down a wrong road?

The Nature article raises important concerns over the plummeting age of puberty in girls. Whilst puberty should naturally last 2-4 years, there seems to be some compensatory mechanism in the body that extends puberty for around 6 years for those who start early. Presumably that’s because Mother Nature knows not to entrust the survival of the species to young children.

Triggers for early puberty in girls

It’s scientifically accepted that the reasons for the onset of early puberty are both variable and multi-factorial. Following are a range of factors that have been shown to contribute to the disturbing trend:

Should we be concerned?

The short answer is yes, because science and experience tells us that early puberty in girls comes with an increased risk of adverse health outcomes in later life. Some of these include:

What can you do if you have young daughters?