Rollback to a rock concert in July 2011, the Superjam in the Albert Hall, London. It was a never-to-be-forgotten fundraiser featuring bands like Deep Purple and was hosted by Jacky Paice, wife of Deep Purple drummer Ian Paice, and head of the charity The Sunflower Jam.

I’ll never forget the interplay between two of the greatest keyboardists the rock world has seen, Jon Lord and Rick Wakeman. It was a privilege to be asked just before the auction to say a few words to the assembled thousands about the need for a revolution in medicine that would see much greater adoption of healthcare methods that were more compatible with humans, their natural environment and our evolutionary background.

What none of us knew on that wonderful evening was that Jon Lord was suffering pancreatic cancer. A month later he was diagnosed with late-stage pancreatic cancer. While Jon was given just months to live, he managed a full 12 months. During that year, Jon had a remarkable journey, not solely in terms of the variety of approaches he used in an effort to manage the cancer. It was 4 months after the diagnosis I remember Jon describing to me this time as the most creative and enlightening period of his life. 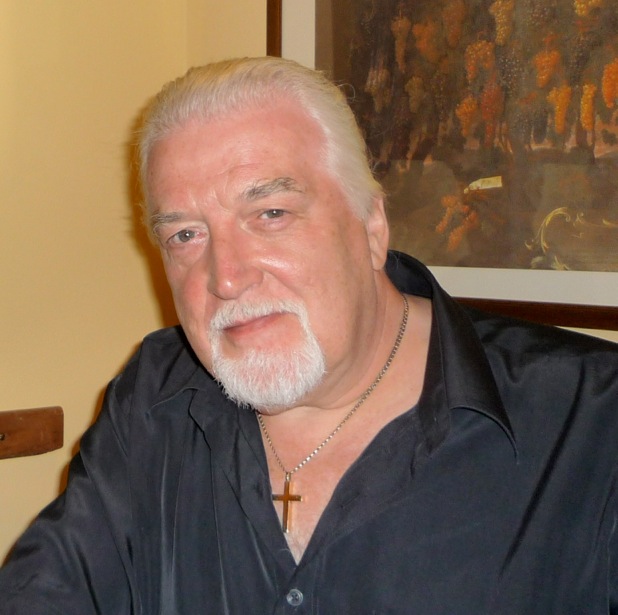 Following his passing, his wife Vicky, twin sister of Jacky Paice, set up the Jon Lord Fellowship in Jon’s name.

Today, we announce the first fruits of the fellowship, the publication of a very comprehensive review of the most common form of pancreatic cancer, pancreatic ductal adenocarcinoma or PDAC. The review article has been published in the peer-review journal Integrative Molecular Medicine and views the fifth most common cancer, and the cancer with the lowest survival rate, through a genetic and epigenetic lens. 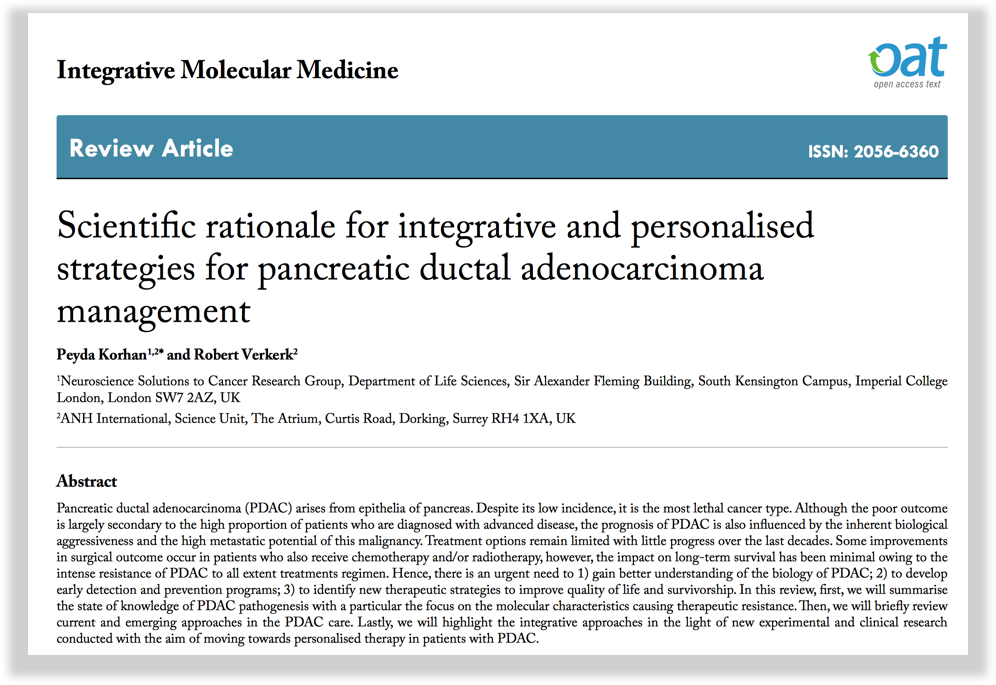 Despite shifts in the way surgical techniques, chemotherapy and radiotherapy have been deployed over recent decades, survival rates have been almost static for the last 40 years, with no more than 1 patient in every 100 surviving more than 10 years.

The review also evaluates emerging treatment approaches. Most importantly, it proposes that knowledge of an individual’s genetics can be used to inform a personalised approach to pancreatic cancer treatment including natural modalities that could substantially improve outcomes, especially among those where cancer is detected at an earlier stage.

It has been a great privilege to help steer this project over the last two years.

We sincerely hope that the work, carried out in Jon Lord’s name, contributes, one way or another, to a positive shift in the clinical management of pancreatic cancer, as well as to its improved prevention.