While the vast majority of us agree that a ‘plant-based diet’ is the healthiest kind of diet we can eat, being associated with the longest-lived, least diseased populations on the planet, the term can also be widely and variously interpreted. It’s not just what plant foods should be included, it’s how much, how often and whether or not animal foods should or shouldn’t be included. If they are, which bits do we really need? Is it the fats or the proteins we need most?

A recent Harvard study suggests that swapping out animal protein, especially when derived from processed meats, for plant protein reduces not only death from all causes but also, more specifically, death from cardiovascular diseases. But this study, like many conducted in recent times, doesn’t necessarily tell us that red or animal meats per se are harmful, it can also be to do with how we produce them and cook them. What most have concluded over the last few decades of evidence and experience is that a specific group of polyunsaturated fatty acids (PUFAs) called Omega-3 (ω3) fatty acids are not just important to everyone, but are essential to them, whether you’re vegan, vegetarian, pescatarian or an omnivore. Not only this, those of us reliant on modern, Western diets typically consume an excess of industrially-produced, highly refined vegetable fats containing very high levels of pro-inflammatory Omega-6 fatty acids.

The thing is that Omega-3s come in two main forms: either the long-chain (LC) (carbon [C] chains ≥ 20C), or short-chain forms (≤ 18C/chain). The LC forms include eicosapentaenoic acid (EPA, 20:5ω3), docosapentaenoic acid (DPA, 22:5ω3) and docosahexaenoic acid (DHA, 22:6ω3) and the richest sources of these are found in oils in seafoods and certain algae. The most important short-chain (SC) form is α-linolenic acid (ALA) that is found in plant oils, especially flaxseed oil, walnuts and other edible seeds, clary sage seed oil, various algal oils, Echium oil and hemp oil. Our ability to convert plant-derived SC forms (ALA and stearidonic acid [SDA] to the LC forms EPA and DHA is limited.

So what now? Do we need to rethink whether we ditch our Omega-3 fish oil or algal supplements – or stop eating our 2 to 3 servings a week of oily fish? The trigger paper that suggests a recalibration of advice on Omega-3 intakes is a major study (meta-analysis) by the ‘Omega-3 Treatment Trialists’ Collaboration’ based on existing evidence from randomised controlled trials (RCTs) published in JAMA Cardiology. The paper says there’s no heart health benefits for those at high risk of cardiovascular disease, the number 1 killer in the West? 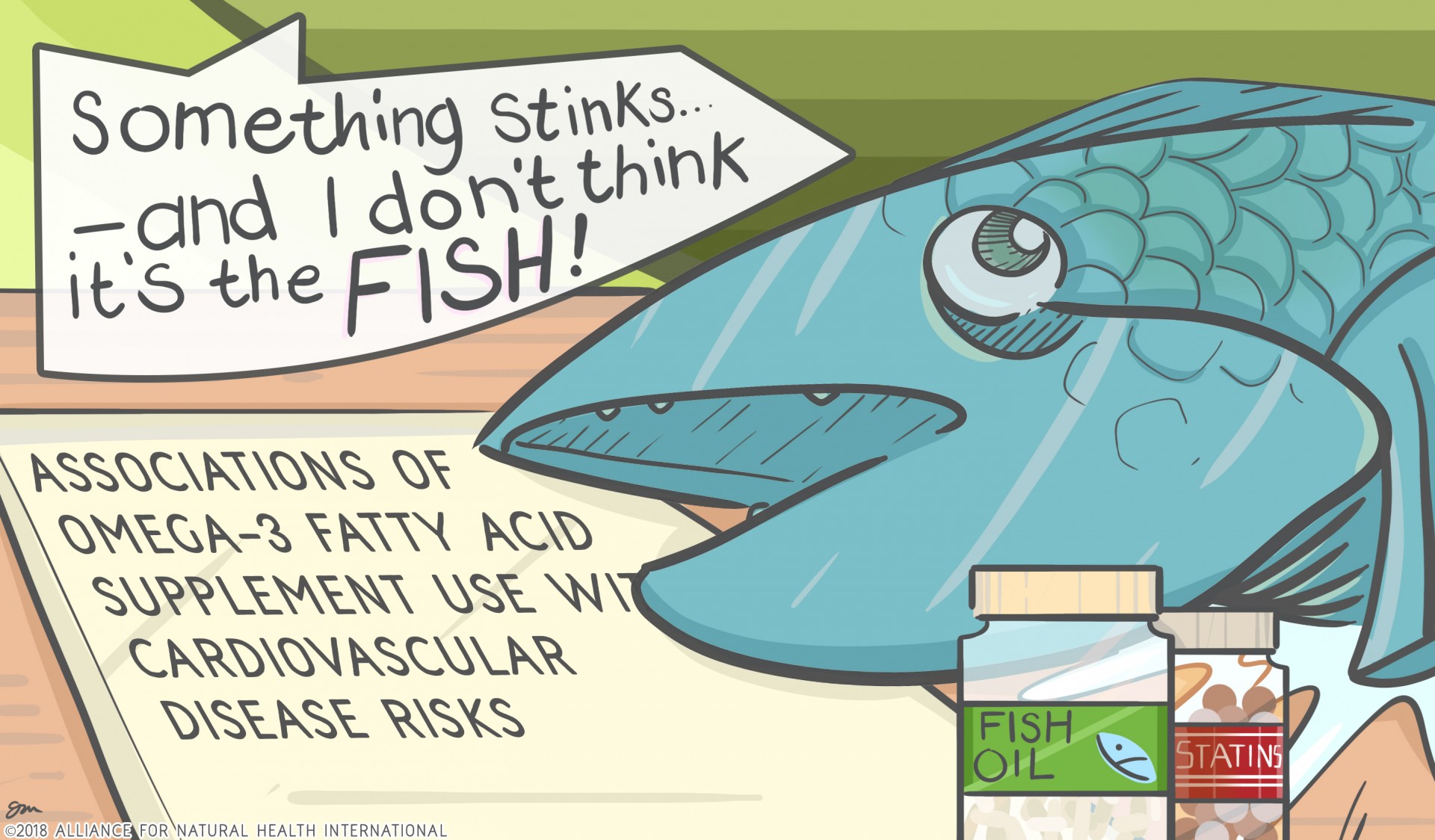 Why the anti-Omega-3 meta-analysis is a stitch-up

In our view there are a gaggle of factors that mean the very specific findings of the JAMA Cardiology paper.

As we’ve seen many times before, this is in our opinion another study designed to fail.

The take-home from all of the above is that it very much appears that the gathering of the lead investigators involved in 10 trials to form a collaboration that undertakes a meta-analysis produced an entirely predictable end-result. All of this was likely helped along by the pharmaceutical interests that have been the majority of the Omega-3 RCTs.

While the funding for the meta-analysis looks innocuous, being the “the British Heart Foundation, a grant from British Heart Foundation Centre for Research Excellence Oxford, and support from Medical Research Council Clinical Trial Service Public Health Research Unit at the Clinical Trial Service Unit and Epidemiological Studies Unit, University of Oxford, where the Omega-3 Treatment Trialists’ Collaboration secretariat was located.” (see Funding/Support section on final page of the paper). That happens to the very same home of the Cholesterol Treatment Trialists’ Collaboration that is the highly controversial group of researchers – the ‘spiritual’ home of none other than the great ‘statinator', Professor Sir Rory Collins.

And did we forget to tell you Sir Rory is hidden in the authorship of the latest Omega-3 whitewash meta-analysis? 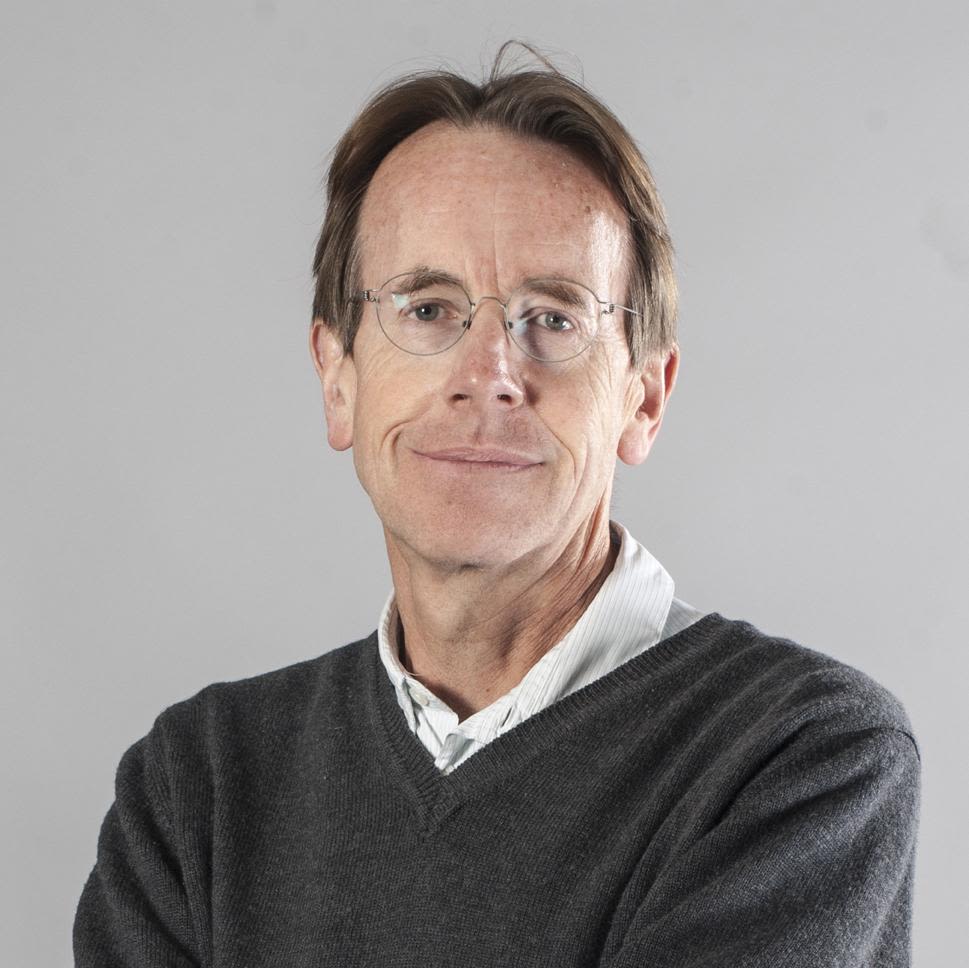 If defence of statins weren’t enough of a motive, there is also a burgeoning literature on the equivalent or superior function of fish oils as anti-inflammatory agents compared with non-steroidal anti-inflammatory drugs (NSAIDs) like ibuprofen and high-dose aspirin.

You can make up your own mind – but our advice is if you value your long-term health, keep taking your long-chain omega-3 supplements from sustainable, uncontaminated marine sources, be they seafoods or algae.

Back to Sustainable Health Campaign