Home News Taking the hydroponic out of organic

Taking the hydroponic out of organic

Microorganisms (or microbes), the collection of microscopic living forms that include bacteria, protozoa, as well as some fungi and algae, were not only the first known forms of life on Earth, being detected 3.45 billion years ago, they are also the most abundant and successful. They are adapted to almost all environments, from the hottest to the coldest, to the highest pressures, deep in the oceans, as well as the lowest, at the tops of the highest mountains. They even are able to tolerate high sources of radiation, harmful to most other life forms.

Unsurprisingly, they have also made their homes in all multi-cellular organisms, including humans, making up what we call the ‘microbiota’. Equally, specific patterns of microbial communities are an essential part of all healthy, functional natural and human-made (e.g. agricultural) ecosystems, being essential to the health of all plants, soils and other organisms resident within these systems.

Only recently have we as a species become more aware of the beneficial nature of the microbiota within and around us, as well as in our agro-ecosystems. But so much of what we do is destructive to these communities, either through ignorance or as a reaction to our Pasteur-inspired tendencies to decimate microbes out of concern for those that might be harmful to us. That includes our routine use of antiseptics in our houses or on our bodies, unjudicious use of antibiotics in healthcare, and the widescale use of pesticides and agricultural methods that are hostile to the soil microbiome.

For many, the term ‘organic agriculture’ conjures up naturally balanced, sustainable systems of agriculture that include nutrient recycling, rotations, mulching, green manures and rich composts. However, the various forms of certification have generally evolved principally as a system of ‘free-from’ agriculture that avoids certain inputs, notably all synthetic pesticides and fertilizers. 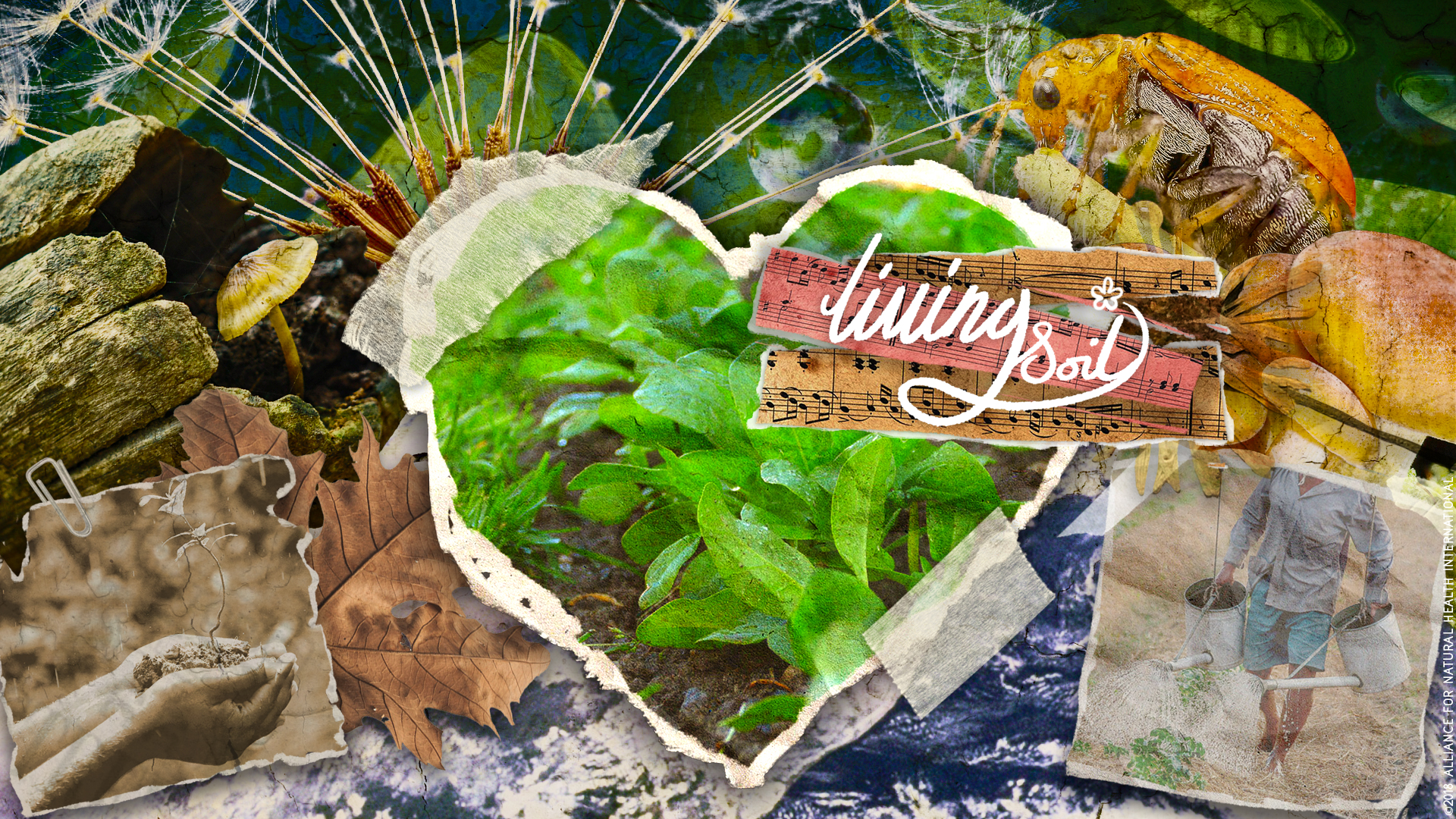 Given increased pressure to produce food, hydroponic agriculture – the use of soilless cultivation of plants – has expanded dramatically in many parts of the world. It exists in many different forms, the most common being static solution culture, continuous-flow solution culture e.g. Nutrient Film Technique (NFT), aeroponics, fogponics, passive sub-irrigation, ebb and flow or flood and drain sub-irrigation, run to waste and deep water culture.

Hydroponic systems – for most of the crops on which humans are currently reliant, don’t represent natural systems of production. They aren’t devoid of microorganisms either, but like any unnatural system, they can be less stable and be prone to the overgrowth of some microbes that can wreak havoc, such as Pythium, the ‘water mould’ that causes root rot.

Europe has developed as the global leader in the production of hydroponic salad vegetables, with much of the cucumber, lettuce, spinach, peppers and tomatoes never having seen a grain of soil.

Herein lies a dichotomy in the views on hydroponics by European and US certification bodies. European certification bodies have long-upheld the view of the International Federation of Organic Agriculture Movements (IFOAM) that organic systems must be based on the principle of ecology, stating “Organic Agriculture should be based on living ecological systems and cycles, work with them, emulate them and help sustain them”.

This view, supported by a wide range of organic interests, including ANH-Intl, has led to changes in EU law that will effectively ban all forms of hydroponic agriculture for plants that don’t naturally grow in water (e.g. watercress) by 2021.

The new EU law, passed in the European Parliament, states:

This clear view is at odds with the the view of some organic certification bodies in the USA, which have continued to allow hydroponics under USDA organic label. This same issue has been hotly contested, especially by the Keep the Soil in Organic campaign in the US. But the board of the Natural Organic Program (NOP) in Jacksonville, Florida in November 2017 narrowly decided (8 votes to 7), against strong pressure to the contrary, to continue to allow hydroponics in organic agriculture. The board did however agree to prohibit aeroponics from organic certification in the USA.

This dichotomy between US organic standards and those of the EU creates some real uncertainty over the future of US/EU/UK imports and exports.

"This is not organic farming or organic food. Shame on the NOP for taking this position. Now we need to go for global rejection of the US position…..In the short term I would hope that the organic equivalence agreement between the EU and US will stop US hydroponic products entering the EU as they are not permitted under the EU regulation.”

He added: "Of more concern is what happens when we leave the EU. Currently all the signs are that the UK will adopt the EU organic regulation and will attempt to secure bilateral equivalency agreements with the 12 countries that currently have EU agreements, on similar terms. My concern though is that when the UK tries to get bilateral agreements we may be forced to accept compromises, for example, accepting US hydroponics in return for UK organic dairy producers continuing to be able to export to the US. At this stage there is no actual proposal for this to happen. However, this is a risk that we need to consider, especially in light of trade discussions in the future.”

At ANH-Intl, we will continue to support health and food production systems built on ecological principles, given that working with nature, rather than against it, is the surest way of ensuring sustainability in the long-term.

Removing hydroponics from organic certification doesn’t spell an end to hydroponics – it simply ensures that the principle of organic cultivation is restricted to the use of living soils. We see it has a positive step, as without dedicated efforts to maintain and restore living soils, we could be at risk of losing them entirely.

Find out more about why we need living soils.