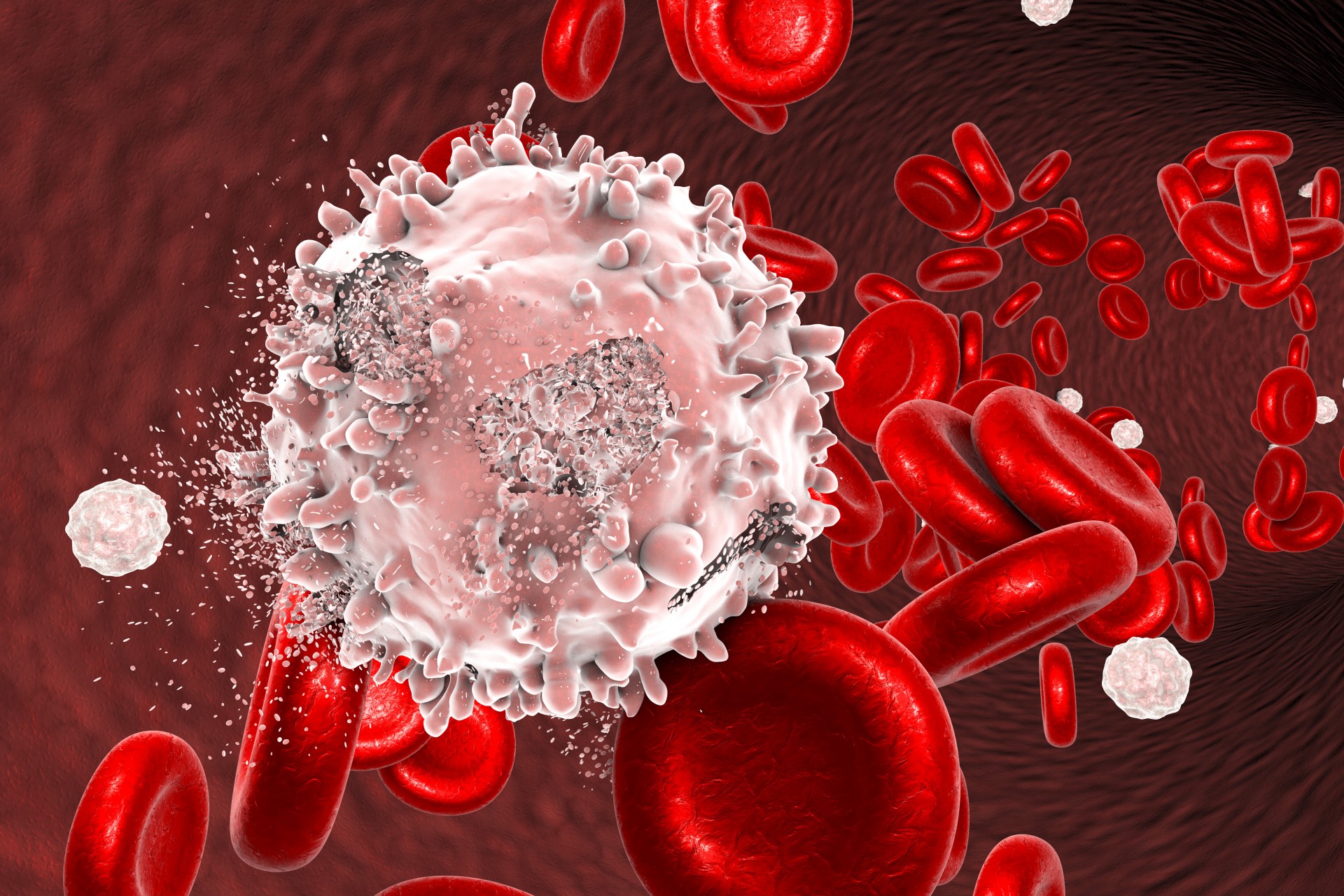 Childhood leukaemia: the importance of dirt, bugs and playmates

Professor Mel Greaves – team leader at the Centre for Evolution and Cancer at the Institute of Cancer Research in London – has been on something of a personal crusade for over 4 decades. Since the mid-1970s, when he first encountered children with the most common form of childhood leukaemia as a newly trained doctor, himself with young children, he’s been trying to unravel the mysteries – or causes – of the leading childhood cancer, namely acute lymphoblastic leukaemia or ALL.

Prof Greaves is ones of the most respected names in the cancer biology world – and it is his big picture approach, especially his evolutionary approach, that has won him praise, an international reputation and numerous awards. 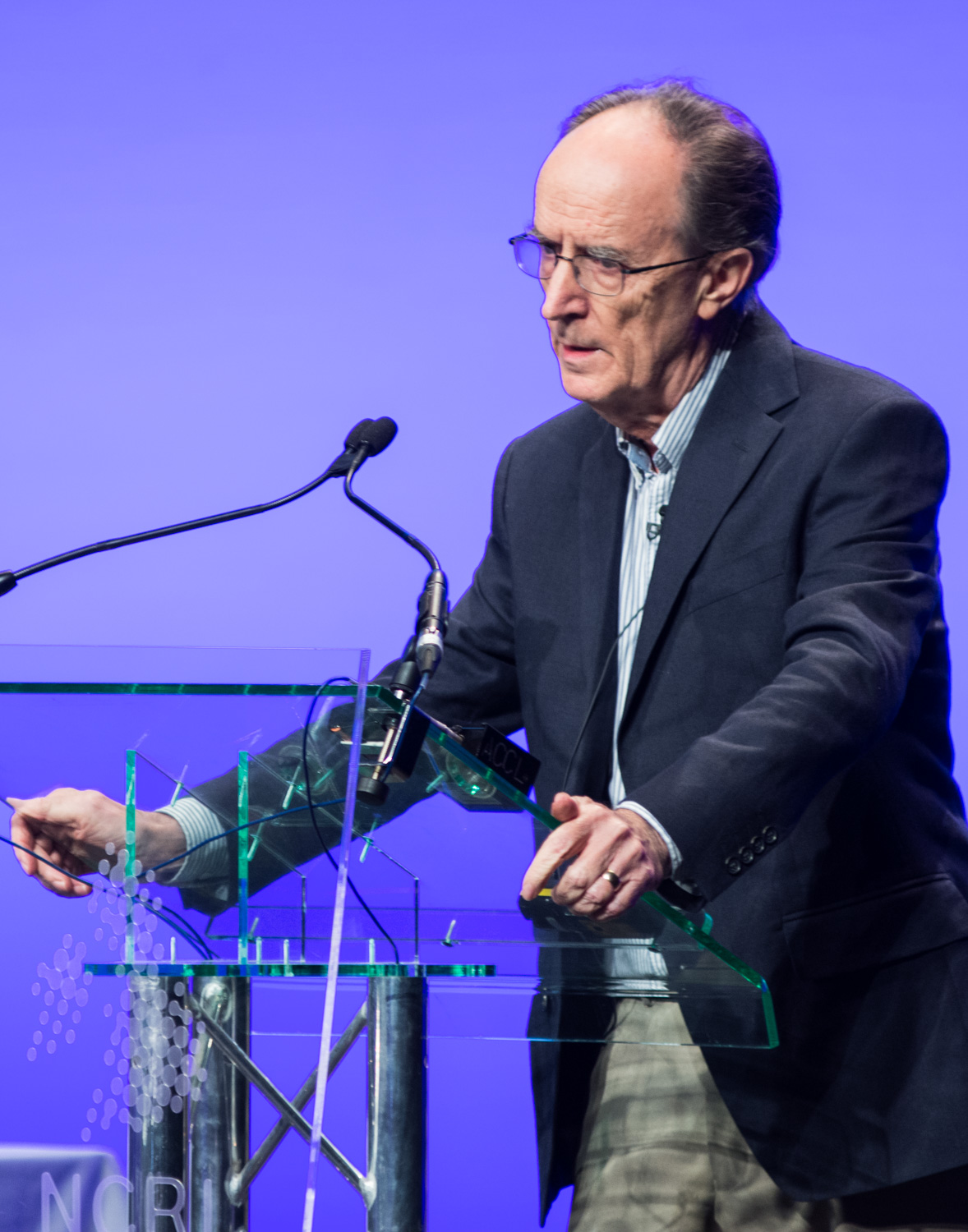 at the Institute of Cancer Research

In his landmark article just published on 21 May ahead of print in Nature Reviews Cancer, he pulls decades of his own work together, along with that of dozens of other leading researchers in the field of acute lymphoblastic leukaemia. That includes everything from epidemiological evidence, twin studies and case studies, through to modelling and animal studies.

For those who’re not put off by the detailed genetics, the article masterfully takes the reader through a grand tour of the available evidence. On the way, it dismisses many of the earlier theories on how acute lymphoblastic leukaemia develops, including the notion that electromagnetic radiation or environmental chemicals might be centrally involved. The reader is then shown compelling evidence for why sterile environments of our ultra-hygienic modern age, in the most industrialised countries, could be major drivers of the disease.

It’s of course not as simple as just not enough bugs in early life. There are genetic mechanisms at work too. The first is a genetic predisposition that’s already present in the unborn foetus. Twin studies have revealed that this predisposition is highly complex and involves multiple genes, that it may in part be inherited, but mutations also likely occur.

The next step in the process of a child developing acute lymphoblastic leukaemia is an initiating or founding event. It seems that infection, even with something as common as flu virus, may be sufficient. This initiating event then triggers further mutations that triggers the development of the white blood cell cancer. 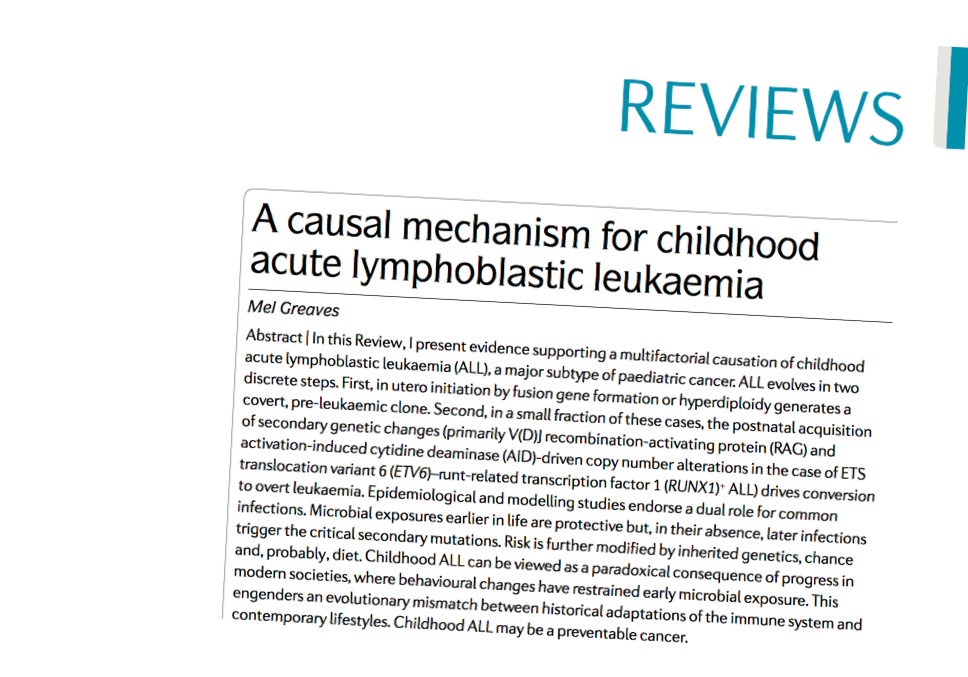 But the most interesting revelation is that if a child is exposed to common bacteria or viruses very early in life, ones that may not even initiate any disease, through breast feeding, contact with other children, their own microbiome, the soil or other aspects of a perfectly natural environment, the immune system becomes primed and can resist the development of the cancer. This process is so powerful, that it’s likely to explain why 99 out of every 100 kids that are genetically predisposed to acute lymphoblastic leukaemia don’t actually contract the disease.

Prof Greaves suggests that it might be this ‘delayed infection’ mechanism in un-primed immune systems that explains the much higher ALL rates in developed as compared with developing countries. The professor also suggests this might explain the ongoing 1% annual increase of the disease in the most technologically advanced countries.

If Prof Greaves’ theory turns out to be correct, it would mean that most cases of childhood cancer, that wreak havoc with children’s lives – and that of their families – especially in developed countries, are preventable.

It also suggests the best thing we can do is make sure our kids are born naturally, without elective caesarean-sections, that they are breast-fed, that they avoid antibiotics at a very young age (unless a condition is very serious or life threatening), that they get plenty of exposure to other kids and - they get to play in the dirt.

Prof Greaves’ evolutionary approach to evaluating carcinogenesis also suggests that there’s an enormous amount that can be gained by looking at cancer from a big picture, evolutionary perspective. This approach contrasts with the vast amounts of research devoted solely to ways in which cancers can be poisoned with chemicals or radiation.

It is ironic that ALL is one of the great successes of modern oncology, with a treatment success, principally using chemotherapy, of around 90% five-year survival among those diagnosed before the age of 14. But let’s remember these treatments are often associated with severe side effects, some of which may be permanent. Prophylactic radiotherapy of the brain is commonly used as well to kill any leukaemia cells in the brain, where they can escape the toxicity of chemotherapy drugs the other side of the blood/brain barrier.

Prevention has got to be better than cure – and Prof Greaves’ four decades of research and practice tells us just how much we can learn by looking at cancer from a big picture, biological and evolutionary perspective.