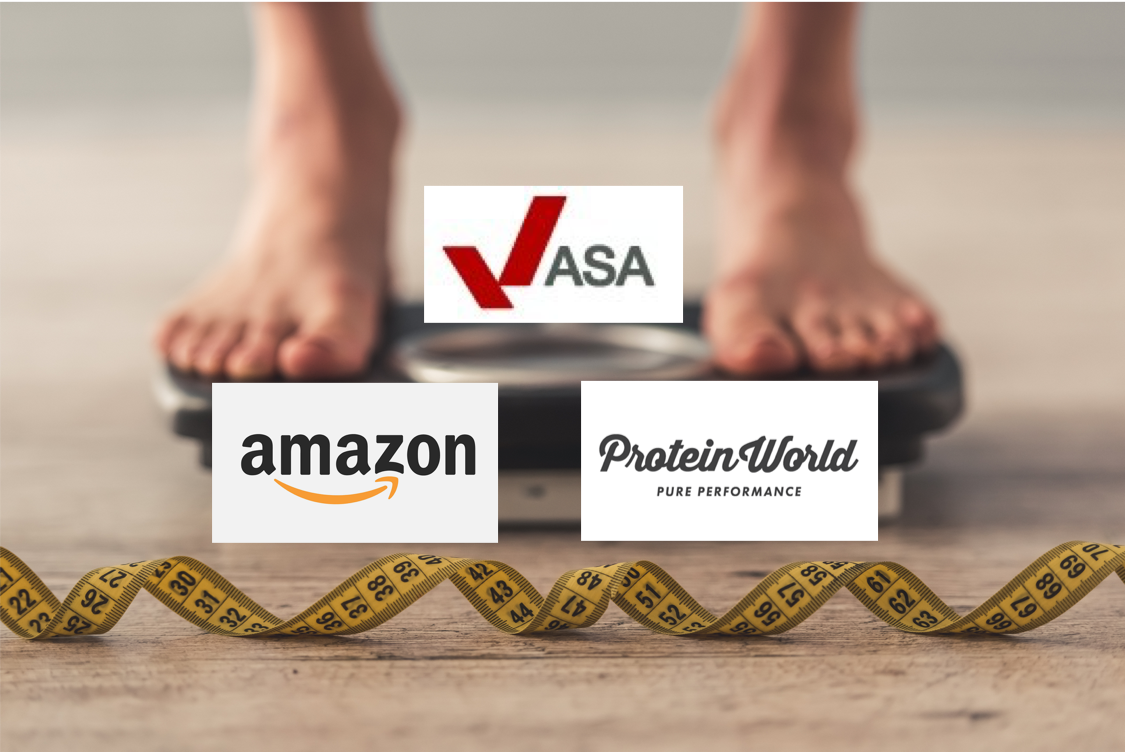 The UK’s private advertising industry self-regulator, the Advertising Standards Agency (ASA), has been busy duffing up Amazon Europe and the supplement company Protein World. The core of ASA’s complaint is the use by these companies of category headings on their respective websites relating to ‘slimming’ or ‘weight loss’ when products selling under those categories are not subject to EU-authorised health claims.

The attack comes not from a government authority or regulator, but rather a private company, the ASA, acting as a self-regulator of the advertising industry, one that contributes a staggering £18 billion or more to the UK economy.

The ASA then takes a piece of very badly formed EU law, the EU Nutrition and Health Claims Regulation (No 1924/2006), and interprets it with the aim of making it ever harder for citizens to find products relevant to their specific interest.

For a piece of EU law that was developed as a policy measure of the EU’s 5-year obesity strategy to deal with obesity and related diseases, the law has failed spectacularly. There are just 3 authorised health claims relating directly to weight loss: one for 3 grams a day of glucomannan (Konjac), and two for products that are legitimate meal replacements (maintenance of body weight after weight loss or reduction of body weight).

Worse than that, there is an EU blackout on 101 ingredients or foods with failed health claims in relation to weight control. These applications were side-lined during the ‘great health claims cull’ that occurred following the tortuous scientific assessment process operated by the European Food Safety Authority (EFSA) between 2008 and 2010. These 101 non-authorised health claims were a subset of the 2,066 health claims that are currently black-marked as “non-authorised health claims”. All of these are illegal for use EU-wide in any commercial communication that might influence a purchasing decision by a consumer. Claims that were related to weight control that now are illegal relate to foods, food groups or ingredients including apple cider vinegar, barley fibre, caffeine, low glycaemic carbohydrates, carnitine, chitosan, chromium, conjugated linoleic acid [CLA], cocoa (Theobroma cacao), guar fibre, dietary fibre, DHA, EPA, epigallocatechin gallate (ECGC) in green tea, gamma linolenic acid (GLA), medium chain triglycerides (MCTs), mineral water, oat grain fibre, potato protein isolate, protein, raspberry extract and wholegrain foods. While there are no authorised health claims that relate to the term ‘slimming’, there are 7 health claims that relate to slimming that are ‘non-authorised’ and therefore also illegal (e.g. for cocoa, CLA, and flavonoids from green tea, apple and onion).

A big part both of the EU Nutrition and Health Claims Regulation’s remit – as well as that of the ASA – is stopping false, ambiguous or misleading advertising. Few would argue that advertisers who show flagrant disregard for these principles shouldn’t be stopped. But where do you draw the line?

Signposting that helps consumers to locate products of interest in the very busy world of e-commerce is an important concept in the world of online retail. As people increasingly transition from conventional bricks-and-mortar purchasing to online it’s only becoming more important. Arguing that categories on websites simply help consumers to be better and more rapidly orientated towards products of interest to them was a big part of the case made by the companies in their defence. It was reiterated also by several of the trade associations that were asked for comment by the ASA, two relating to the natural products sector (Council for Responsible Nutrition UK (CRN UK) and the Health Food Manufacturers’ Association (HFMA), one to the sports nutrition sector (European Specialist Sports Nutrition Alliance (ESSNA)), and one to the pharmaceutical sector (Proprietary Association of Great Britain (PAGB)). That didn’t stop the ASA doing its own thing anyway.

Is it really misleading, as the ASA suggests, that protein products that are categorised generically under weight loss will cause someone to lose weight if consumed? Let’s face it, it’s well accepted and demonstrated that people who decide to exercise more (which helps weight loss) benefit from increasing their protein intake (and yes, there are two authorised health claims for protein and the growth and maintenance of muscle mass).

What about those who choose to reduce carbohydrate intake and substitute for more protein (and fat) in their mission to lose weight? Surely, it’s useful for consumers to have all products that might be associated with the wide variety of weight loss approaches listed together under a generic weight loss category?

In our view, the ASA should limit how it interprets the EU Nutrition and Health Claims Regulation to the advertising that relates to individual commercial products, not to generic categories. And, as in the successful case by Alliance for Natural Health USA on qualified health claims for selenium in the USA, the association should need only to be plausible given that conclusiveness is so hard to establish. In this light, categorising protein supplements under the generic banner of weight loss should definitely be regarded as plausible, while it might be acceptable to take a different view on full-sugar chocolate bars or ice cream.

Shouldn’t we therefore argue that it’s misleading on the part of ASA to attempt to block the ability of online retailers to categorise products that can plausibly be used for weight loss and slimming? Shouldn’t this be especially the case when there are only 3 authorised health claims for weight loss and we’re in the midst of a global obesity epidemic?

ASA – rotten to the core

Practitioner and ANH friend, Alyssa Burns-Hill PhD has been at the centre of an attack by the ASA. She put together a video called ASA – Alyssa Spills All, including an interview with our executive director, Rob Verkerk PhD, that in 16 minutes explains just some of the immense problems linked to the lack of independence and transparency within the ASA.

Apart from being so overtly non-transparent in its adjudication process, the ASA likes to keep the big-payers in the advertising game (Big Pharma and Big Food) happy. It has ruled over and over again in ways that oppose commercial freedom of expression. Unfortunately, in the UK or the EU, there is no First Amendment. In fact, the EU hasn’t even been able to agree its Constitutional Treaty.

If Theresa May gets her way with Brexit, the continued impact of EU laws on goods will make not a jot of difference.

The only difference is that the majority of government authorities and advertising regulators in Europe don’t take EU laws as literally as the ASA.

What now? Stand up against the ASA

It’s early days. But our view is that the natural products sector needs to stick to its guns and carry on with its generic signposting approach. Bending over to appease the ASA is part of a very slippery slope that will make it harder and harder for consumers to find the products they need in any reasonable time. The hundreds of other online retailers who are doing the same thing as Amazon and Protein World shouldn’t knee-jerk in the wake of this ruling. The ASA is not a government authority. It is a private company that pretends to act in the manner of a government regulator. It may impose sanctions that include negative publicity, encouraging Google to block Google ads and pushing its negative rulings to the top of Internet searches that include the company's name.

But unless companies stand shoulder to shoulder with citizens, the ASA will continue to limit commercial freedom of expression that will make it ever harder for citizens to discriminate between healthy and junk foods.