The founder’s blog: Diet wars and going beyond binary

My inbox is currently awash with communications between different groups of scientists and clinicians who don’t see eye to eye on what constitutes the ideal human diet.

The two most polarised groups are vegans and carnivores. It’s akin to binary logic: advocates of 100% plant foods on one side, and those plumping for 100% animal derived foods on the other. But clearly, most people are neither. Somewhere in the middle is the continuum of what could be described as ‘compromisers’, those who see benefit from eating both plants and meat or other animal products, in varying amounts and ratios.

The ‘binarists’ might claim that compromising on plant and animal foods can’t be right, as that’s what the majority of people currently on planet Earth are doing – and most of those who do it are suffering dietary related health problems, from heart disease, obesity, type 2 diabetes through to neurodegenerative problems like premature dementia. Does that mean the ‘binarists’ have to be more right – or less wrong?

I don’t think so. And I will explain a little bit more about my thoughts on this in this short blog.

No one size fits all

The truth is that it’s impossible to come up with one dietary regime that suits every person on the planet. We’re all different genetically, some more than others – and we all live in unique environments. At the simplest level, some of us are able to handle certain foods better than others. Take dairy, for example. Only about 5% of people of Northern European descent are lactose intolerant, in contrast with around 90% of those of East Asian descent. The Inuits, who have traditionally lived off diets very high in protein and fatty acids, appear to have adapted genetically to these diets over generations. That means they’re not necessarily going to be applicable to those of Northern European descent.

We see evidence of similar adaptations in the Maasai and other cultures who have flourished at least to reproductive age on diets very rich in animal products, but who also rely heavily on plant medicine. By contrast, we need only look at the traditional Okinawans or Papua New Guinea tribesmen who appear to have done well on diets that deliver over 80% of their energy from plant foods and carbohydrates. 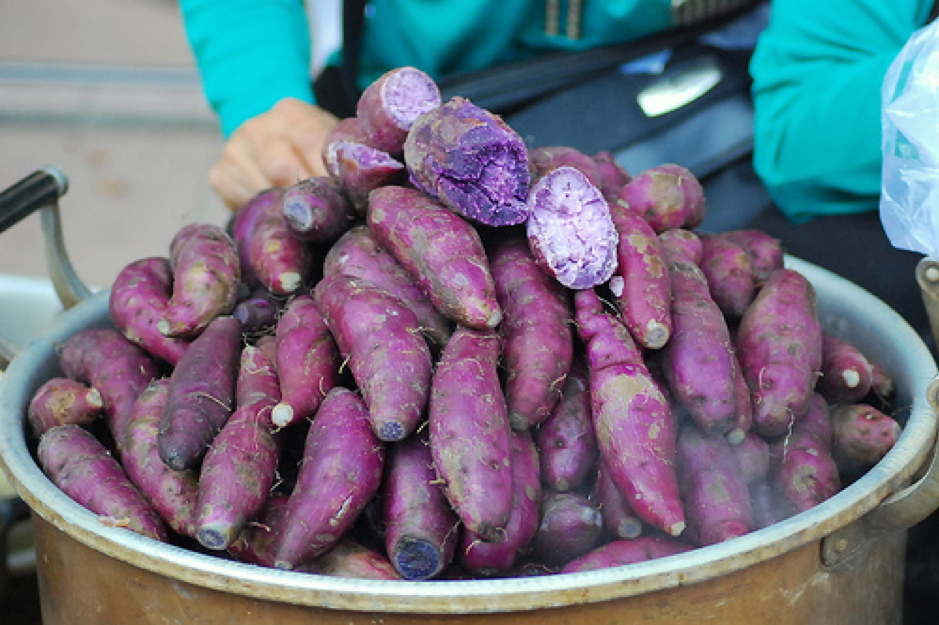 From these and other data, we can deduce:

Trying to rationalise beliefs and experiences

While we know something about the many factors that affect our health and vitality, as well our risk of disease, we know a lot less about their relative importance for specific population groups. It’s no wonder then that any one of us can cherry pick data to suit our belief system or experience. Human nature being what it is, we can be much more persuaded when the information we choose to look at supports a consistent logic structure that both validates our belief system and supports our own experiences.

I find very few, if any, relevant data from human trials, such as prospective cohort studies, or from epidemiological studies, that support the long-term safety and benefits of full-blown carnivorous diets in Western humans living in industrialised societies. However, I hear, loud and clear, the revelations among clinicians and patients who report rapid recovery from auto-immune conditions or successful weight loss when all plant foods are removed from the diet. Take the plant ‘noise’ out of a dysregulated immune and endocrine system, and that can be the start of a healing journey. But it may not necessarily mean it’s the end of it.

Critically, these short-term benefits should not be confused with long-term safety, or the denial of extensive evidence of the long-term health benefits and resilience associated with consumption of diverse, plant-based diets, which may or may not include significant amounts of animal-derived foods.

Complicating matters further, we have to also recognise the likely impact of the last century or so of plant breeding and changes in cultivation method. Let me be controversial: these changes may be even more impactful to health than the introduction of genetically engineered crops. They have resulted in huge changes in phytochemical profile and relative amounts of digestible and indigestible (fibre) carbohydrate, as compared with traditional plant-based diets that originate from traditional cultivation and food preparation methods.

That’s why I find it useful to think of knowledge, most of which is extremely limited given we’re still in our infancy in understanding human nutrition within an ecological and epigenetic context, as distinct from our belief systems (see Figure below). 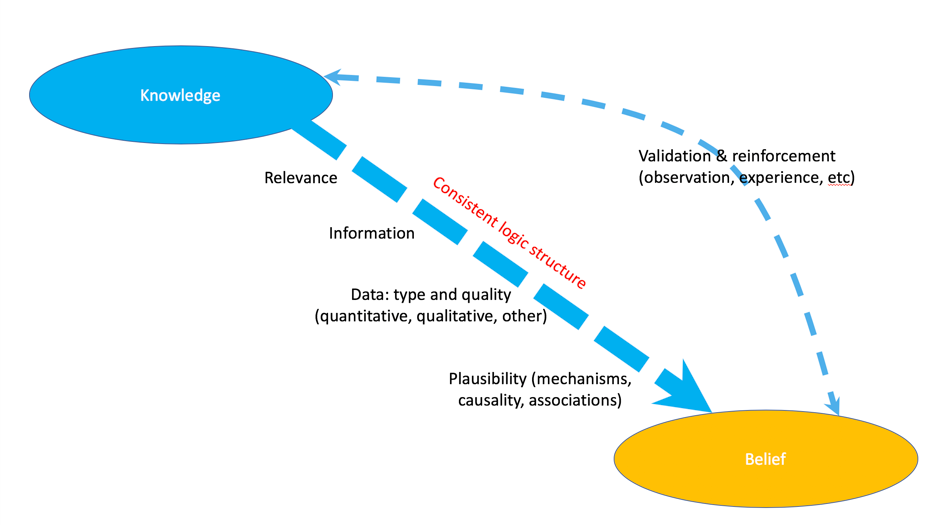 Figure. From my presentation entitled “Shifting paradigms in research outcomes” given at the Royal Society of Medicine, 14 July 2018, adapted from information in Friedkin NE et al. Network science on belief system dynamics under logic constraints. Science. 2016; 354(6310): 321-326.

Where to in the mists of confused or unclear science?

Should we bury our heads in the sand and leave scientists and governments to argue it out? Absolutely not! For those of us interested in using diet to optimise our health in the short- as well as the long-term, we must do what appears to work best for each one of us. That’s what our health sustainability ‘blueprint’ is all about – a system that helps us to evaluate what works for each one of us, genetically different individuals, living in unique and often highly varied, dynamic environments.

In the meantime, if you’re going to compromise and look at what many people appear to do well on, getting the best of both worlds (fatty acids, protein quality, micronutrients, polyphenols, fibre, etc) makes rational sense given all the available data and information. That includes taking into account the thorny, complex and multi-faceted issues of human and environmental sustainability.

And it’s from this non-binary place that the scientific, clinical and experiential evidence that underpins our Food4Health guidelines originates. But remember: diets are about choice, rather than obligation. In the light of such limited and contradictory information about human diets, the only views on diet I tend to dismiss are ones that are rigid and universally applicable. 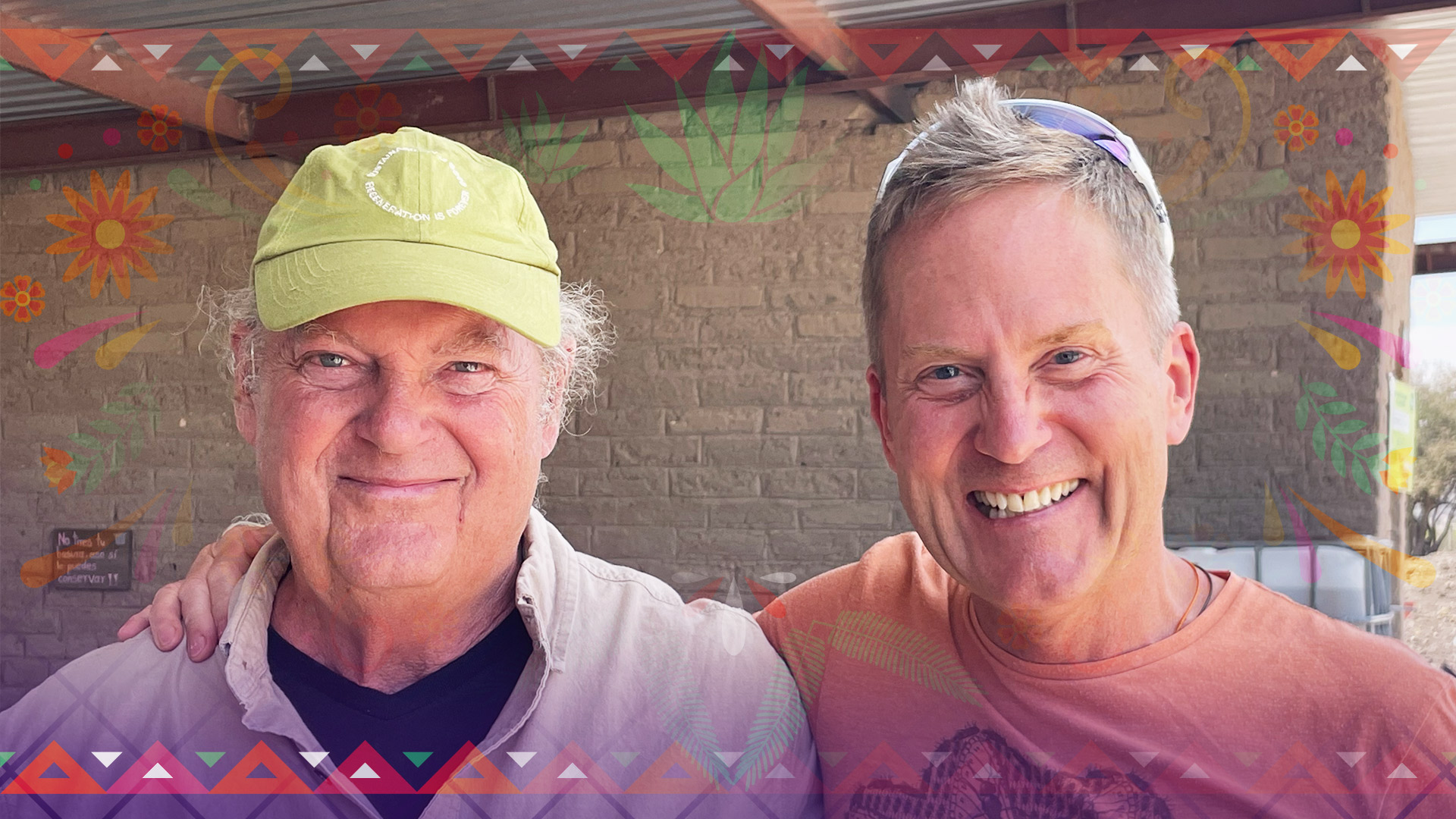