Home News Goop: pseudoscience or something else? 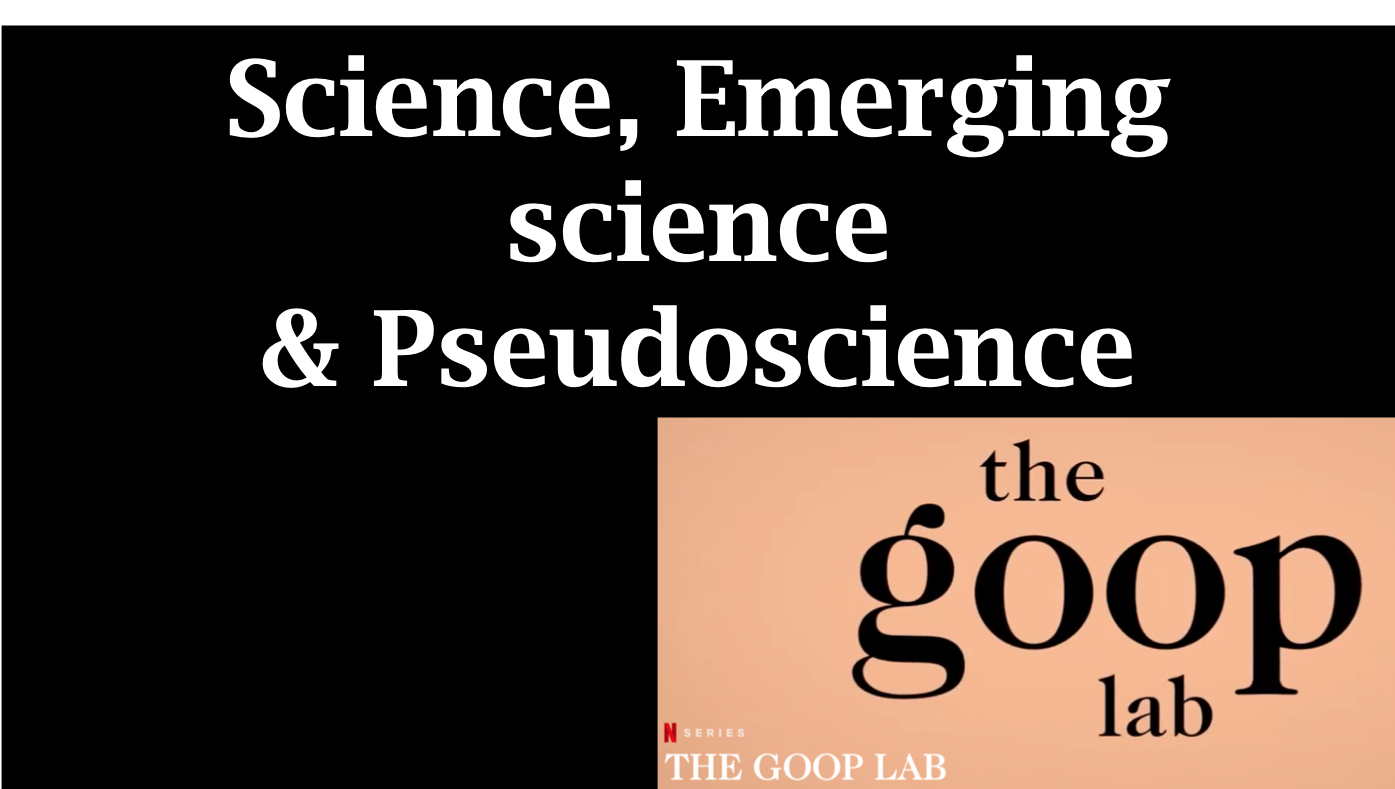 Goop: pseudoscience or something else?

Pilloried for espousing ‘pseudoscience’, are the ideas explored and promoted by Gwyneth Paltrow’s Goop Lab really as unscientific as claimed?

Throughout history, as pronounced in the nineteeth century by German philosopher and mathematician Arthur Schopenhauer, new ideas that are eventually established as facts are first ridiculed, then violently opposed, before being accepted as self-evident. So – what of Gwyneth Paltrow’s brand, Goop? It’s currently being ridiculed and violently opposed, including by the chief executive of the UK’s National Health Service (NHS), Sir Simon Stevens.

Launched in 2008 from the weekly newsletter penned in her kitchen to now encompass podcasts, products, food, travel, wellness and the newest addition - The Goop Lab now on Netflix.

As explained on the company’s website, Goop exists to start hard conversations, crack open taboos, and look for connection and resonance everywhere it can be found. This is something of a tall order, given some of the prices advertised on the online Goop shop – such as £114 for a Travel Meditation Kit or £26 for Psychic Vampire Repellent. The offerings are clearly not intended for those in deprived inner city areas.

In an effort to be transparent and appeal to its particular niche market, the Goop claims to cover “emerging topics that may be unsupported by science”, reporting on a wide range of health and wellbeing subjects that exist on the fringe of convention or mainstream medical systems.  Goop encourages browsers to take the information they want and leave the rest. Some of their products such as healing stickers, a vagina scented candle and yoni eggs, have received a lot of media attention and been heavily criticised by mainstream medics. All this publicity can’t be doing Goop much harm; from modest beginnings in 2008, the company was estimated to be worth $250 million in 2018.

In an effort to expand its audience further, the Goop Lab, launched on Netflix on 24th January, to dire predictions that the ideas it promotes are ‘dangerous pseudoscience’. Considered so radical and dangerous NHS boss Simon Stevens described it as a “considerable health risk” that’s “spreading misinformation” to the public. Probably not a bad distraction from his main battle, to save a teetering NHS and it gives him something other than homeopathy to rail against.

In a trailer for the new series, Paltrow simply says the show “explores a range of ideas that may seem out there or too scary”. But her passion for exploring the new is evident when she remarks, “we only get one life, how best to milk the s***t out of it!”. The series sees the Goop Lab cast take a deep dive into a range of topics that appears to be designed to help those who have some spare time and money do just that and move their health, happiness and joy to the next level. Topics include female sexuality and pleasure (a topic Goop says is marginalised as people are uncomfortable discussing it), energy healing, cold therapy, dietary and lifestyle interventions, understanding emotion through psychics and psychedelics, and healing, to name a few of the particularly hot buttons for the mainstream.

The problem with pseudoscience

The concept of pseudoscience didn’t exist before professional science established a more formal footing. Since then questioning, offering new thinking or straying too far from accepted wisdoms and scientific ‘truths’ is likely to end up being branded as pseudoscience by those who happen to dislike or disagree with any ideas considered unprovable by established scientific measures. The boundaries between the two are far fuzzier than most scientists would have us believe though. Lurking on the fringes of mainstream scientific thinking many theories have been labelled as pseudoscience before being accepted. Even Freud is now being outed as a fraud by skeptics for promoting pseudoscience.

So, what’s all the fuss about?  Far from being fringe, many of ideas being explored by the Goop Lab reflect important areas of emerging health that can get to the root of problems that are often untouched, or viewed as untouchable, by the medical mainstream. That includes dealing with childhood trauma, phobias and sexual problems. Goop explores and shares natural and non-pharmaceutical health options with those who wish to have an alternative to, or are disillusioned by, the limitations of mainstream offerings.

We decided to take a look at some of the so-called ‘woo-woo’ therapies considered to be ‘dangerous’ that are being explored by the Goop Lab and evaluate them against the available science. 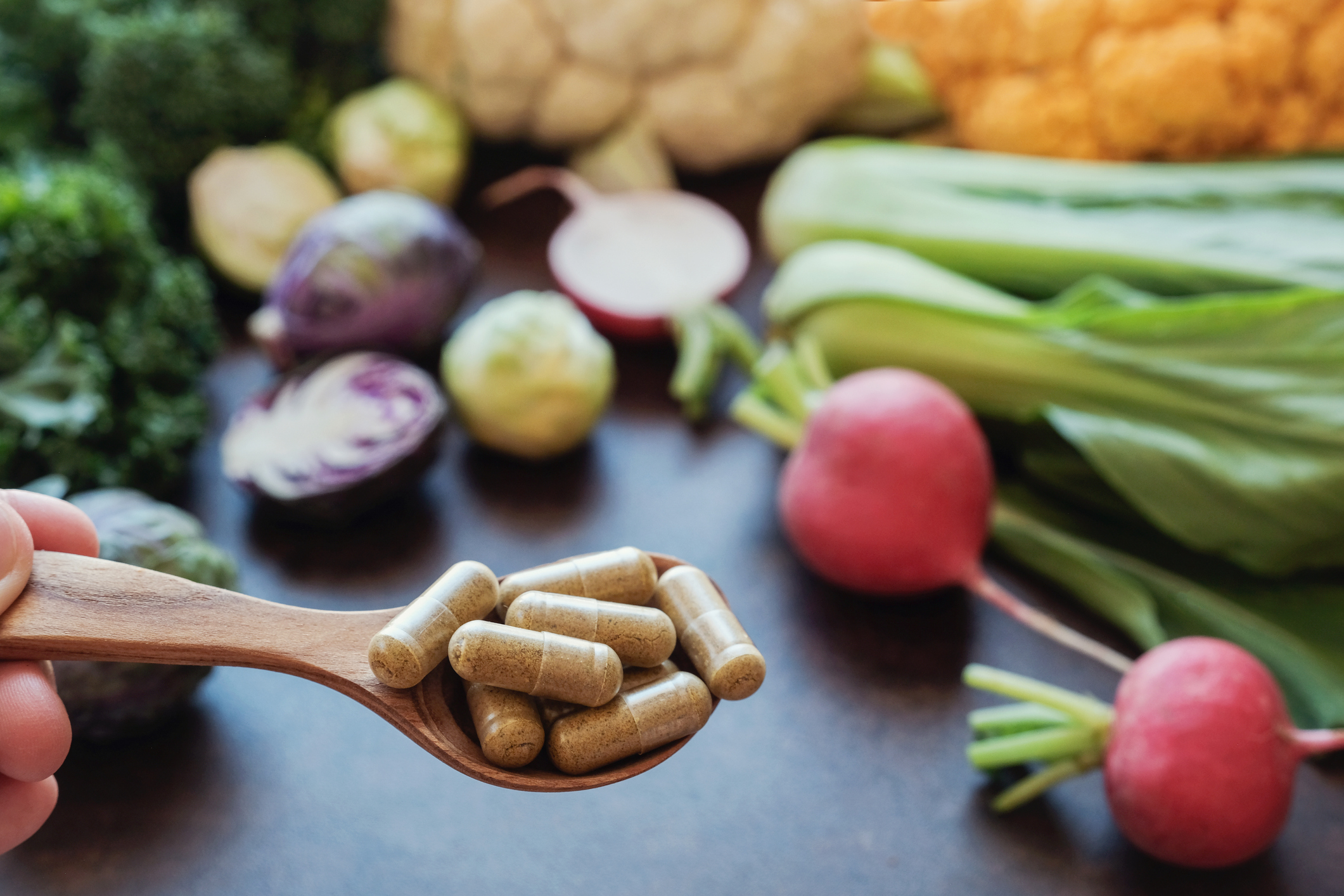 These are just a few of many examples. We would like to suggest that it’s not a crime to be curious, to think outside of the box and explore alternate ways of improving our health. There’s also a very important point around freedom of expression and the maintenance of free markets, both being rights or values that have been central to what we like to think of as ‘civilised societies’.

Goop isn’t denying or challenging mainstream medicine. It’s offering alternatives, sometimes with a bit of added humour, to those with spare money in the pocket looking for another way to improve and engage with their health. OK, for the uninitiated it might all sound a bit wacky and there are times when Goop unnecessarily invites criticism, such as through its wealthy, largely ethnically white exposure to indigenous systems of medicine, such as ayahuasca ceremonies.

In our view the biggest problem we foresee is the unwarranted ‘killing of the messenger’ that seems aimed to taint all that Ms Paltrow touches or exposes. When government health authorities start to cast aspersions, based on personal belief and no proper understanding of what lies behind it, we have, we believe, a problem. And Simon Steven’s recent interventions after Goop’s Netflix launch put a marker in the sand that needs to be watched very carefully.

So – let’s defend freedom of expression, especially when it doesn’t seek to tarnish or destroy others who hold different views.

Following are some resources from the ANH archives to help you start your journey to becoming a health creator, or hone your health creation mastery.