Home News Molecular mimicry - the loaded gun for the autoimmune 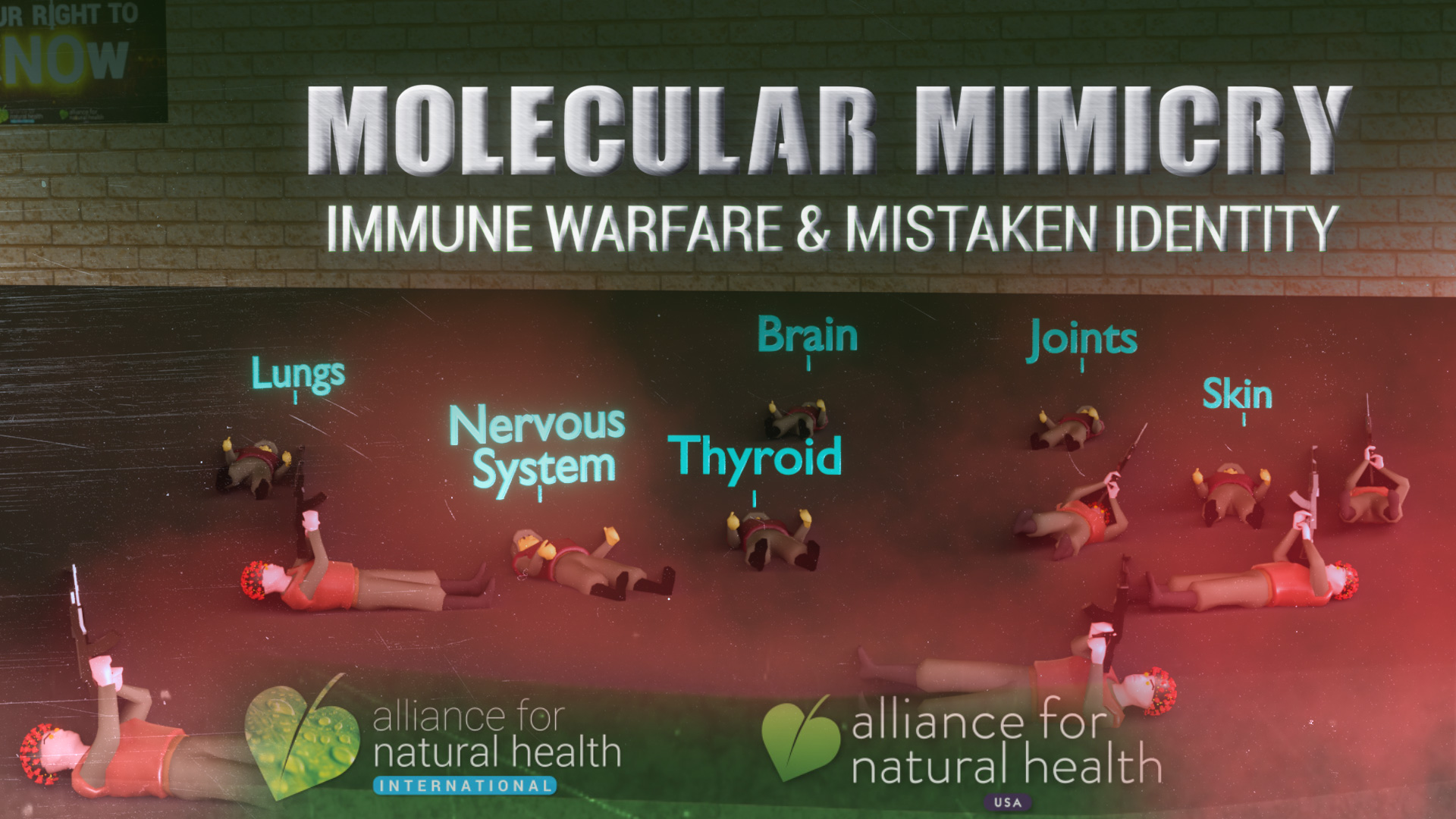 Molecular mimicry - the loaded gun for the autoimmune

The immune system always feels a bit like the Cinderella of the body systems. Not very hip, cool or fancy (unless you’re an immunologist!), but the one that the entire body relies on in order to work optimally and that’s critical for our survival too. The last year has certainly shone a spotlight on how important our immune function is in terms of protection against pathogens. But our latest campaign, Your Right to kNOw, is shining a spotlight on another very important area where the immune system features more as villain than saviour. We’re talking about its role in autoimmune diseases.

We introduced our joint collaborative campaign with our sister organisation, ANH-USA, last week with Episode One, Stop Discrimination against the Autoimmune, here, if you missed it. This week we explore molecular mimicry and its role in autoimmunity.

No one is immune to autoimmune disease, but some are more at risk of developing these diseases than others. What makes an autoimmune disease different from other chronic diseases is a loss of tolerance to self (or specific parts of self at least), when our own immune system loses the ability to differentiate between our healthy cells and those of pathogens or trigger molecules, for example gluten, dairy or bacterial endotoxins such as LPS (lipopolysaccharides). 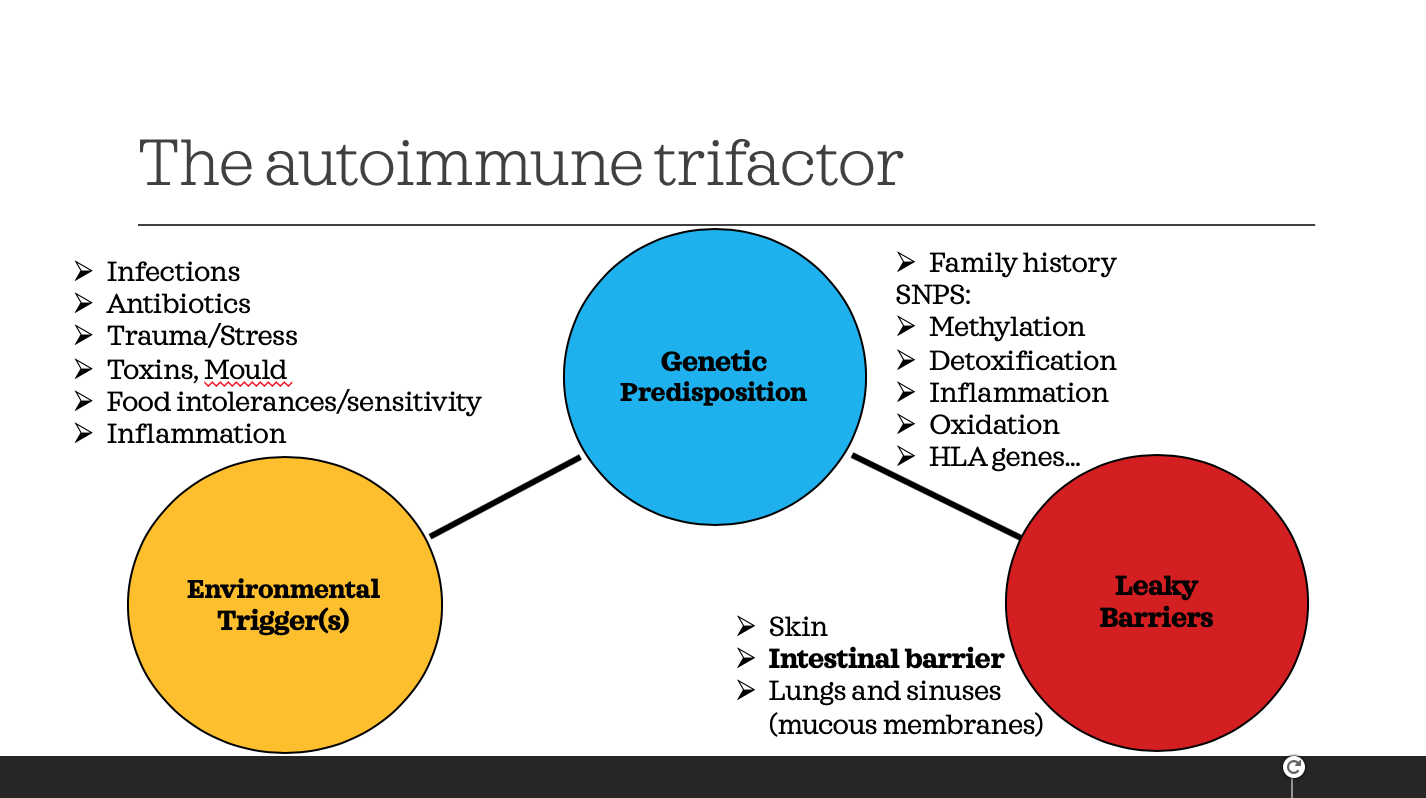 At the core of autoimmunity lies a dysregulated immune response, that if undetected and unresolved, leads to loss of function and tissue damage when the immune system goes rogue. Hence, an autoimmune disease can target any part of the body and affect more than one body system.

In particular, the interplay between our gut health, genes and our environment can either reduce or increase our risk of going down the autoimmune route. This is because the cross-talk between our genes and our microbiome (something referred to as epigenetic pressure) is integral to flipping the switch from predisposition to full blown disease. To further complicate the picture, our genetic individuality, even within families, creates unique and different expressions of autoimmunity making it much more challenging to establish causal relationships between one or more triggers and the incidence of disease. Once you enter an autoimmune landscape, you're wide open to developing more than one condition if normal immune function isn't re-established, so halting the progression of disease. 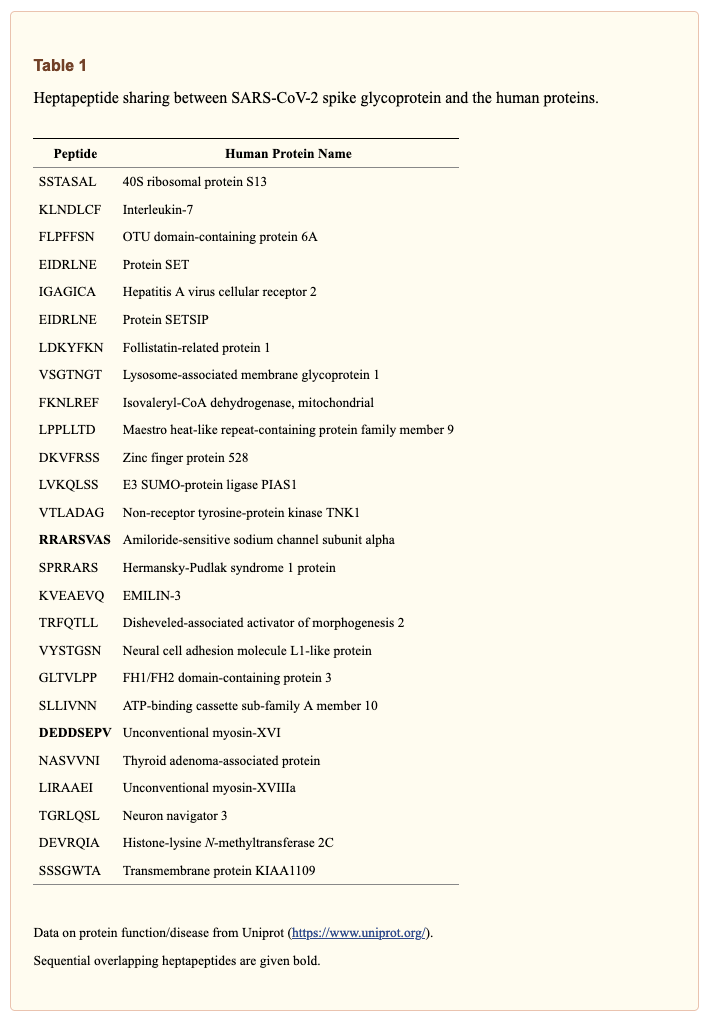 When one of the world’s most published scientists (1,750 papers to date!), also referred to as the ‘father of autoimmunity’, Dr Yehuda Shoenfeld, raises concerns about the antigen sequences in the vaccines, it’s time to listen. His concerns are just as much for the synthetic antigens (AstraZeneca, Johnson & Johnson) being injected into the body with their viral vectors (genetically modified, non-replicating chimp common cold viruses), as for the mRNA jabs (Pfizer, Moderna) which instruct the muscle cells to create them.

As the peptide sequences are not unique and contain genetic sequences that are identical to the human genome, as well as to SARS-CoV-2, the risk of the vaccines creating a heightened risk of autoimmunity is more than real. For individuals that are already susceptible to autoimmune disease, an adverse reaction to a vaccine - or the repeated triggers from multiple boosters - could well be enough to tip them over the edge. But we seem to be lone voices in what’s turning out to resemble a tsunami of a coercion.

Molecular mimicry and the autoimmune landscape

One of the main functions of our immune system is to keep us safe by responding to invading microorganisms like viruses, bacteria, fungi or parasites, chemicals or toxins. Our immune systems learn to differentiate self from non-self from birth through early childhood, and under normal conditions, cannot initiate an immune response against the cells of one’s own body. But as we’ve described above, the incidence of immune dysregulation has been rising exponentially and we're being faced with an ever more diverse array of triggers and factors that destroy integrity of our barriers (e.g. gut, skin, brain), even before being faced with the new, experimental, covid vaccines.

Molecular mimicry is one of the leading mechanisms for pathogens (e.g. infections), chemical agents (e.g. toxins, environmental chemicals, mould, fungi, covid vaccines) and other molecules (e.g. gluten, casein) to cause autoimmunity. It happens because the similarities between the foreign and self-peptides (building blocks of protein) confuse the immune system in a predisposed individual into thinking that all the sequences are foreign. The immune system then unleashes its fire power, only it ends up destroying the body’s healthy cells instead of a bunch of marauding foreign cells. It’s a case of immune warfare that induces 'friendly fire' through mistaken identity. But the consequences can be serious as the constantly expanding list of autoimmune diseases demonstrates.

This is why it should be Your Right to kNOw how your risk of developing an autoimmune disease may be impacted by the vaccines depending on your genetic predisposition, state of health and exposure to triggers.

In the natural world, various organisms use imitation or mimicry to outwit predators or gain competitive advantage. Mimicry isn’t restricted only to the outward appearance of organisms. It can also happen at the molecular level, being called molecular mimicry. For over 30 years, scientists have known that one particular kind of molecular mimicry — where genetic sequences of both a microbe and its host are shared — can lead to the host attacking its own cells or tissues in a case of mistaken identity. In such cases autoimmune disease can be an inevitability.

Autoimmune diseases can develop at almost any age, but are more common in women. They can be triggered when there’s a ‘perfect storm’ of genetic predisposition, vulnerable barriers — like a leaky gut or a chronic skin problem — and exposure to one or more triggers. These triggers can range from the foods we eat, the pollutants we inhale or absorb through our skins, the lifestyles we lead, or trauma or chronic stress.

It’s now clear that molecular mimicry can be a big problem both for those infected by the SARS-CoV-2 virus - but also from the vaccines, most of which are based on antigens built around the spike protein of the virus. The SARS-CoV-2 spike protein shares 26 peptide sequences with the human genome so molecular mimicry is more than a just theoretical possibility. Autoimmune experts were concerned about this risk early on in the pandemic and hoped it might be taken into account in the warp speed development of the vaccines. No such luck. Now we’ve not only got a loaded gun in the form of a possible mechanism — molecular mimicry — but also a smoking gun. This comes in the form of the widely reported blood clots linked to the vaccines. These are the result of autoimmune reactions that cause both thrombosis - blood clots - and cytopenia - low platelets. The condition is now formally recognized by health authorities and is referred to as ‘vaccine-induced immune thrombotic thrombocytopenia’ or VITT for short. It’s fortunately rare but there’s currently no way of predicting who’s going to get it - and it can be very serious or even deadly.

The bottom line is anyone who’s already got or has had an autoimmune disease, or has a genetic predisposition for autoimmunity, is going to be more at risk of getting a potentially life-threatening autoimmune reaction to any of the experimental, emergency authorized COVID vaccines.

In our next video in the series, we’re going to explain some of the legal and ethical implications of the growing discrimination against the autoimmune - and what we can do about it.

Please share this video widely in whatever way you can. Thank you.