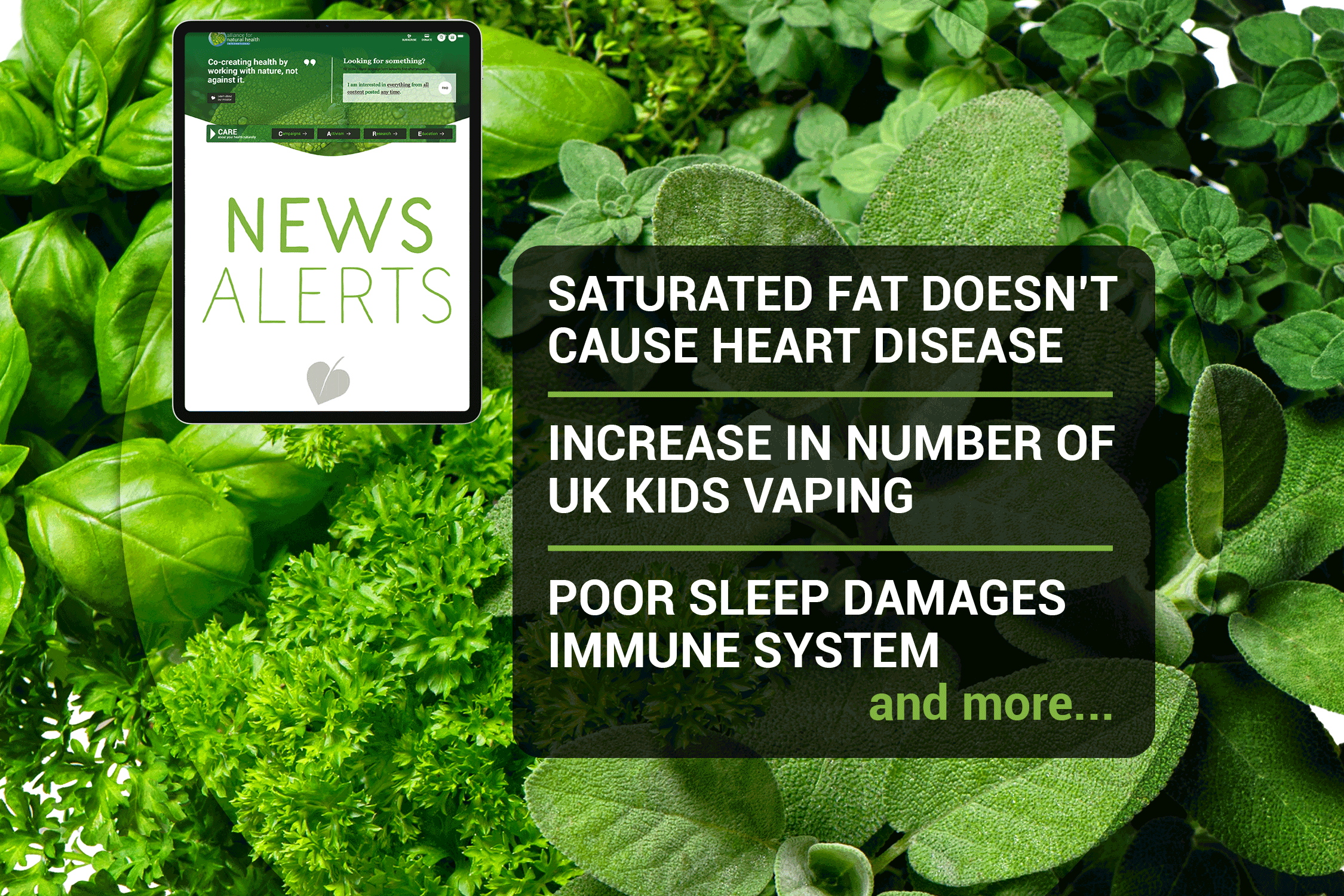 EU urged to stick to its green promises

Chemsec, a leading non-governmental organisation (NGO) highlighting the harms presented by the chemical soup we now live in, has written to Ursula von der Leyen, President of the European Union, urging her and the European Commission to ignore increasing pressure from the chemical industry and stick to its pledges made under its Green Deal and Chemicals Strategy for Sustainability to protect the environment and citizens from harmful chemicals and promote the development of more sustainable options. The letter points to increasing evidence of the threats to human and environmental health from the vast myriad of harmful chemicals used routinely in many walks of life.

Vaping: a new health crisis in the making?

Walk down any street in the UK as teenagers make their way to school and you're likely to notice many 'smoking' cheap disposable vapes known as puff bars, which come in a range of teenage friendly flavours — often along with a nicotine hit. A new survey from NHS Digital, evidences the increase in teenagers who vape. Nearly 1 in five 15-year olds admit to vaping, while there's been a worrying increase in the number of 11-15 year olds (up 2%) admitting to vaping. The survey, which spoke to 9,000 children aged 11-15, found that the use of e-cigarettes by girls had more than doubled since 2018. A survey conducted in Australia and published in the Australian and New Zealand Journal of Public Health, has revealed just how widespread the use of vapes amongst Australian teenagers is. Despite the continued assurances from public health authorities that vaping is a safe alternative to traditional cigarettes, it's already known that the chemicals produced by these devices can cause lung disease and cardiovascular disease. It's now a case of watch and wait to assess any potentially devastating harms for children and young people created by these new-to-nature chemicals.

Consistent lack of sleep can change the structure of the DNA in immune cells, which can contribute to increased levels of inflammation. Researchers studied a group of 14 adults over a 12 week period. For the first six weeks participants enjoyed an eight hour sleep. For the second 6 weeks participants had their sleep docked an hour and half. When the researchers compared blood samples taken during the two periods they found an increased number of immune cells along with significant changes in the structure of the cells. The study was then replicated in mice, which also showed that catch up sleep does not make up for the damage caused by the previous poor sleep patterns. Check out our top tips for good sleep here, here and here.

The UK's Department for Environment, Food and Rural Affairs (Defra) is reportedly considering scrapping payments to farmers for increasing and protecting natural habitats made under the Environment Land Management Scheme (Elms). The government has denied it's planning to go back on previous commitments to protect the environment. Minette Batters, President of the National Farmers Union (NFU), has angered many in the farming community after she waded into the row saying payments to farmers to support and increase natural environments should be funded by the private sector and not the government. The need to embrace regenerative farming techniques that work with, rather than against nature, are needed now more than ever in order to combat the biodiversity crisis and rebuild the health and vitality of our soils so we can continue to produce the food we need while protecting the environment.