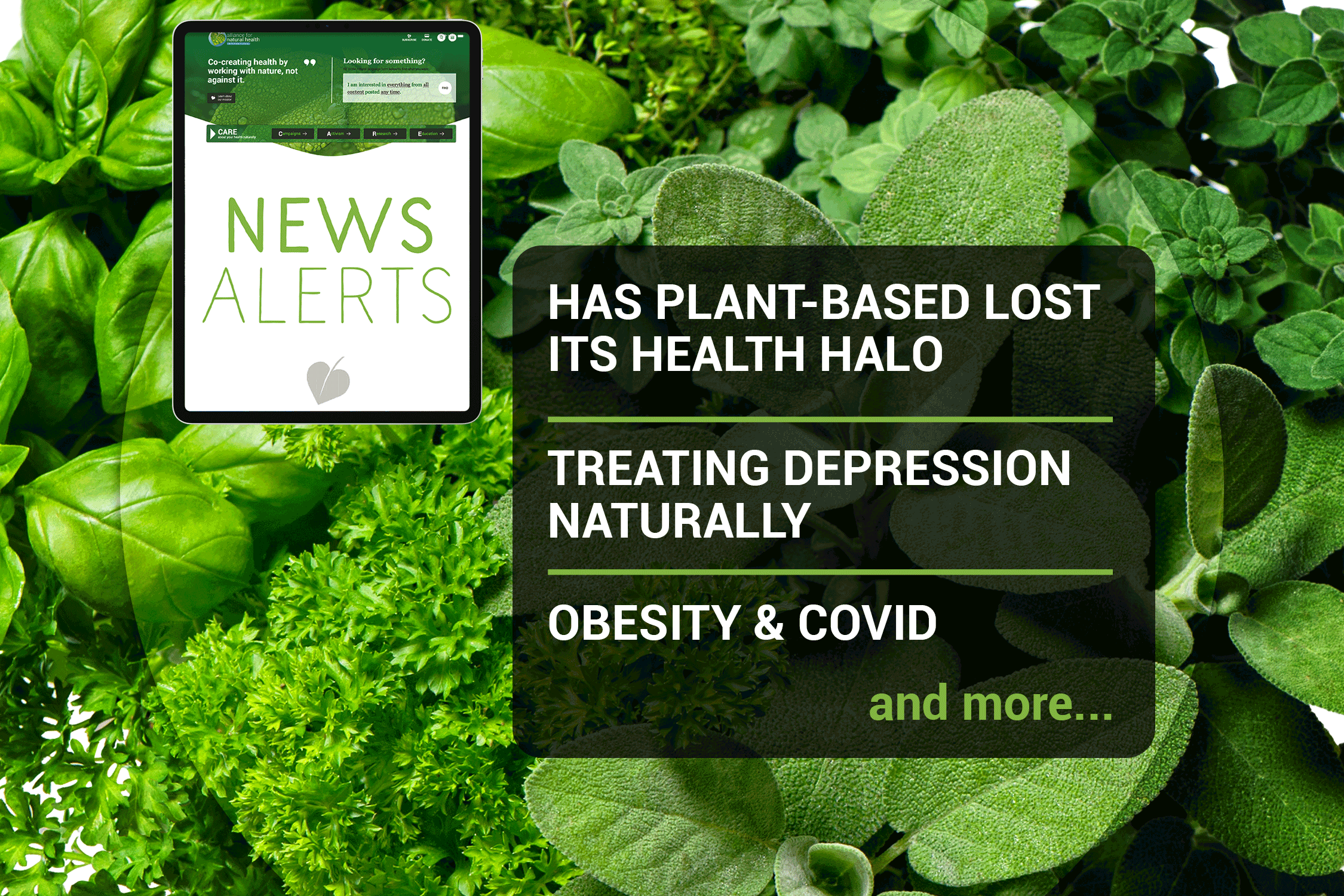 Has plant-based lost its health halo?

In a new op-ed, natural health journalist, Jim Manson, explores an increasing division in the health food world as people turn their backs on new plant-based offerings. Unlike traditional plant-based diets, the new kids on the block are industrially, ultra-processed new to nature ‘food like substances’ devoid of natural nutrients that are making billions of dollars for their producers. He asks if the criticism being levelled at such foods is fair and warranted and concludes that it’s unlikely the opposing sides will be reconciled any time soon. While a diet rich in natural plant foods is extremely healthy, Jim also offers us Michael Pollan's mantra; “If it’s a plant eat it, if it’s made in a plant, don’t”.

For the first time in 12 years, the National Institute for Health and Care Excellence (NICE) in the UK, is recommending the use of a range of first line nonpharmaceutical treatments for people with mild depression. Patients diagnosed with depression will be offered a range of options to choose from, such as cognitive behavioural therapy (CBT), exercise, mindfulness/meditation, counselling or psychotherapy before antidepressant drugs are considered. The NICE draft guidelines also recommend people should be encouraged to discuss what may be contributing to their feelings of depression. Such a shift in treatment options signals an acknowledgement that lifestyle interventions, rather than drugs alone, could be a viable strategy. We support any strategy that may lead to more personalised and empowered medicine and help patients to make changes that will benefit them in the long-term, rather than using a drug-based sticking plaster that ignores the root cause of the issue.

It has been accepted that people who are obese are at much higher risk of developing severe covid disease. A new study published in the International Journal of Obesity investigating the ability of obese patients to create neutralising antibodies, has found that only a few obese patients make good levels of antibodies against covid. Rather, they are more likely to develop autoimmune antibodies leading to patients becoming seriously ill due to their propensity to experience a cytokine storm. The study highlights the ever increasing health issues associated with obesity and emphasizes their vulnerability to a wide range of illnesses. Now more than ever, it’s essential for the promotion of health creation and regeneration rather than continuing with the current paradigm based only in disease management.