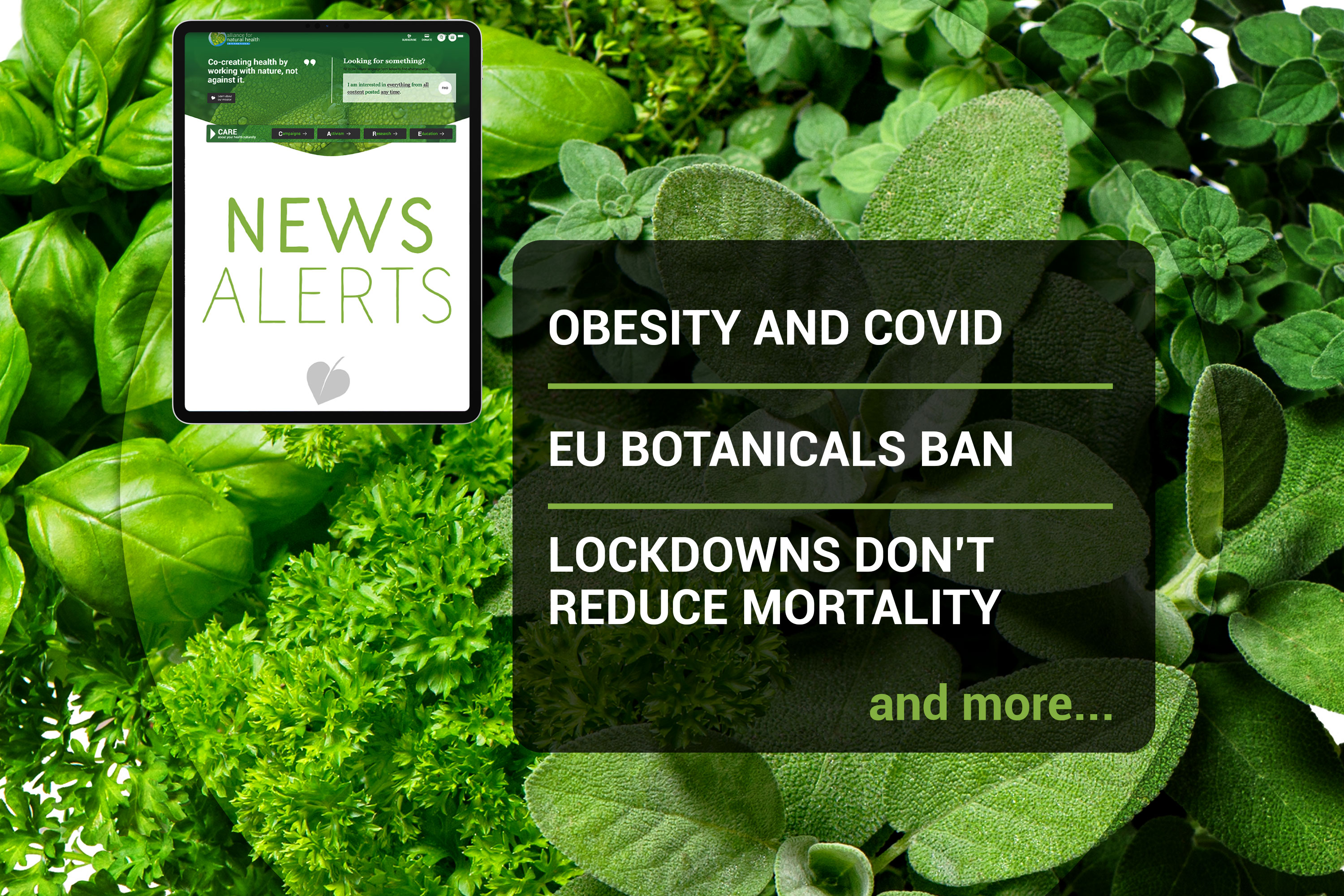 Being overweight or obese puts you at higher risk of becoming seriously ill with covid-19 and requiring hospital treatment. Released to coincide with World Obesity Day, a new report from the World Obesity Federation shows that of the 2.5 million deaths associated with covid-19 globally, 90% were found to be in countries where 50% or more of the population is classified as being overweight. In the US 30% of covid patients hospitalised with covid-19 suffered from obesity, hypertension, diabetes and heart failure according to a new study published in the Journal of the American Heart Association, led by researchers at Tufts University. Recognising the link between being overweight and at increased risk from covid-19, the UK government has magicked up another £100 million in order to support and incentivise people to lose weight. Despite all this additional budget, there is still no attempt to tackle ineffective government healthy eating advice, a large proportion of which is driving the obesity epidemic in the UK. Instead, it’s choosing to focus on encouraging people to exercise, which whilst important, cannot compensate for a poor diet. Such schemes just set individuals up to fail as they revert to old habits and regain all the weight they lost and often more. Being obese affects much more than a person’s immune system capability to overcome the virus should they become infected. Two new pre-print studies published in MedRxiv (here and here) have highlighted the negative impact that being obese has on a person’s ability to generate a robust immune response when vaccinated. However, obesity is a multifactorial condition which reaches deep into mind, body and even spirit. Reducing the problem to the lowest common denominator of calories in, calories out expenditure is like putting a finger in the dyke instead of building a new wall. Some of the solution can be found at our Food4Health campaign.

The rollout of the Oxford/AstraZeneca covid vaccine has been halted in six EU countries after reports of people suffering from blood clots. Denmark has suspended its programme for 14 days following reports of blood clots and 1 death. Italy is reported to have withdrawn a batch of Astrazeneca vaccine after the deaths of two men in Sicily. Estonia, Norway, Latvia, Lithuania and Luxemburg have also stopped their vaccination programmes as a precaution. Concerns had previously been expressed in two regions of Sweden and in France over the level of side effects from the AstraZeneca vaccine, which led to hospital staff and other front-line workers calling in sick, affecting staffing levels. Update 12/03/21: Thailand has become the first Asian country to suspend use of the Astrazeneca vaccine. Bulgaria and Romania have joined other European countries stopping their rollouts over safety concerns.

Doctors for Covid Ethics have published an open letter expressing concerns over the safety of covid-19 vaccines. The letter, which has been sent to the European Medicines Agency, warns of possible autoimmune reactions, blood clothing abnormalities, stroke and internal bleeding. Such adverse effects have been minimised by governments, health authorities and the media as they continuously reassure citizens that any side effects are minor and perfectly normal because they demonstrate that the immune system is doing what it’s supposed to.

The UK’s MHRA latest Yellow Card report published today shows 35 reports of thrombocytopenia (abnormally low levels of platelets) along with 71 instances of stroke and brain haemorrhage. Yet no pause has been triggered in the UK’s use of the AstraZeneca vaccine. Perhaps because it was developed at Oxford University and we are witnessing yet another demonstration of blatant cronyism? The MHRA implies in its reporting that harms caused by the vaccination programme are justified to protect the majority. We beg to differ. As well as considering the immediate short-term reactions being experienced, it's important to bear in mind the very real possibility of an increased risk of developing an autoimmune disease and/or suffering from antibody dependent enhancement when exposed to the wild virus in the future.

The European Commission is debating proposals to ban botanicals containing hydroxyanthracene derivatives (HADs) over safety concerns. The current move targets aloe in particular, but such a ban could potentially affect other plants like rhubarb and cascara, as well. The move stems from a scientific opinion published by the European Food Safety Authority (EFSA) in 2017 on the safety of HADs for consumption. The opinion was unable to provide advice on safe levels triggering ongoing debate over the continued sale of such botanicals to the general public. The European Federation of Associations of Health Product Manufacturers (EHPM) has published a petition calling for EFSA to be given more time to evaluate new safety studies in order to safeguard the future of the sale of botanical products in the EU. It’s imperative that consumers and businesses get behind this action. The banning of aloe would set a dangerous precedent and potentially pave the way for more botanical products to be banned by the back door, leaving consumers little choice in how they manage their health. Please sign the petition to help protect natural health in the EU and beyond.

Researchers analysing data from 87 different regions of the world conclude that lockdowns don’t prevent deaths. The new paper published in the peer reviewed journal Scientific Reports, part of the Nature portfolio, analysed combined data from Google mobility data, ourworldindata.org and covid.saude.gov.br. Many scientists have proposed alternative options to lockdowns that would have significantly reduced the impact on both economies and people’s lives. Only now is the real damage, including the loss of sovereign freedoms, from severe restrictions being more thoroughly assessed. Net indirect adverse effects including deaths from the strategies aimed at saving lives continue to look like being much greater than those purported to have been ‘saved’.

Rates of death in US adults aged 25 to 64-years-old in the US have seen a significant increase since 2010 according to a new report from the National Academies of Sciences, Engineering and Medicine. The report reaches the stark conclusion that Americans are more likely to die before the age of 64 than people in other high-income countries. These premature deaths are deemed to be mainly due to drug overdoses, alcohol abuse, suicides and cardiovascular disease. The rise has affected people across the spectrum of racial and ethnic groups, rural and metropolitan areas and age.

The national medical boards along with the Australian Health Practitioner Regulatory Agency (AHPRA) has released a joint directive warning AHPRA registered healthcare workers they risk regulatory action if they express views that could be considered anti-vax in regard to covid vaccines. The statement also encourages healthcare workers to get vaccinated. The move is yet another example of the extreme censorship of anyone who dares to question the speed at which covid vaccines have been developed and claims of safety, irrespective of the lack of long-term data in this respect.

Apart from the obvious animal welfare concerns, mink carcasses buried after a mass cull in November 2020 have triggered concerns over pollution of the environment.  Millions of farmed mink were culled amid fears that mutations of the SARS-CoV-2 virus in the mink could spread to humans and make vaccines less effective. The cull was ordered by the Danish government despite it having no authority to do so resulting in the resignation of the Agriculture Minister. Following the cull, the carcasses were buried in shallow mass graves leading to bodies rising to the surface. Fears have now been expressed over contamination of ground water from the decomposition of the mink. The government has said the mink will be exhumed in May and incinerated to mitigate the risk of pollution of water courses. Denmark is the only country, that farms mink, to have taken such drastic action. The abysmal conditions under which the mink are kept create the perfect conditions for pathogens to flourish and disease to quickly spread amongst the animals and onward to humans. Instead of trying to deal with the outcome of such a barbaric act, surely the answer is to cull the mink farms, not the mink?

The application of neonicotinoid pesticides has been found to kill and harms solitary ground-nesting bees that are not only critical to biodiversity, but are also important commercially for the pollination of pumpkin and squash. New research published in Scientific Reports potentially has wide-ranging implications for ground-dwelling insect populations. The impact of neonicotinoids on pollinators generally focuses on honey bees, neglecting ground-nesting bees and other pollinators. Researchers in the US studying ground-nesting bees found that where the pesticides were applied to the soil, there were 85% fewer bee nests, the bees collected less pollen and produced 89% fewer offspring than bees in areas left untreated. Whilst the new study focuses on ground-nesting bees, its conclusions emphasise the damage being done to a range of pollinators from the use of such pesticides. It also highlights the importance of a transition to agro-ecological methods of farming to support biodiversity and regenerate the natural environment on which all living organisms, including humans, ultimately depend.