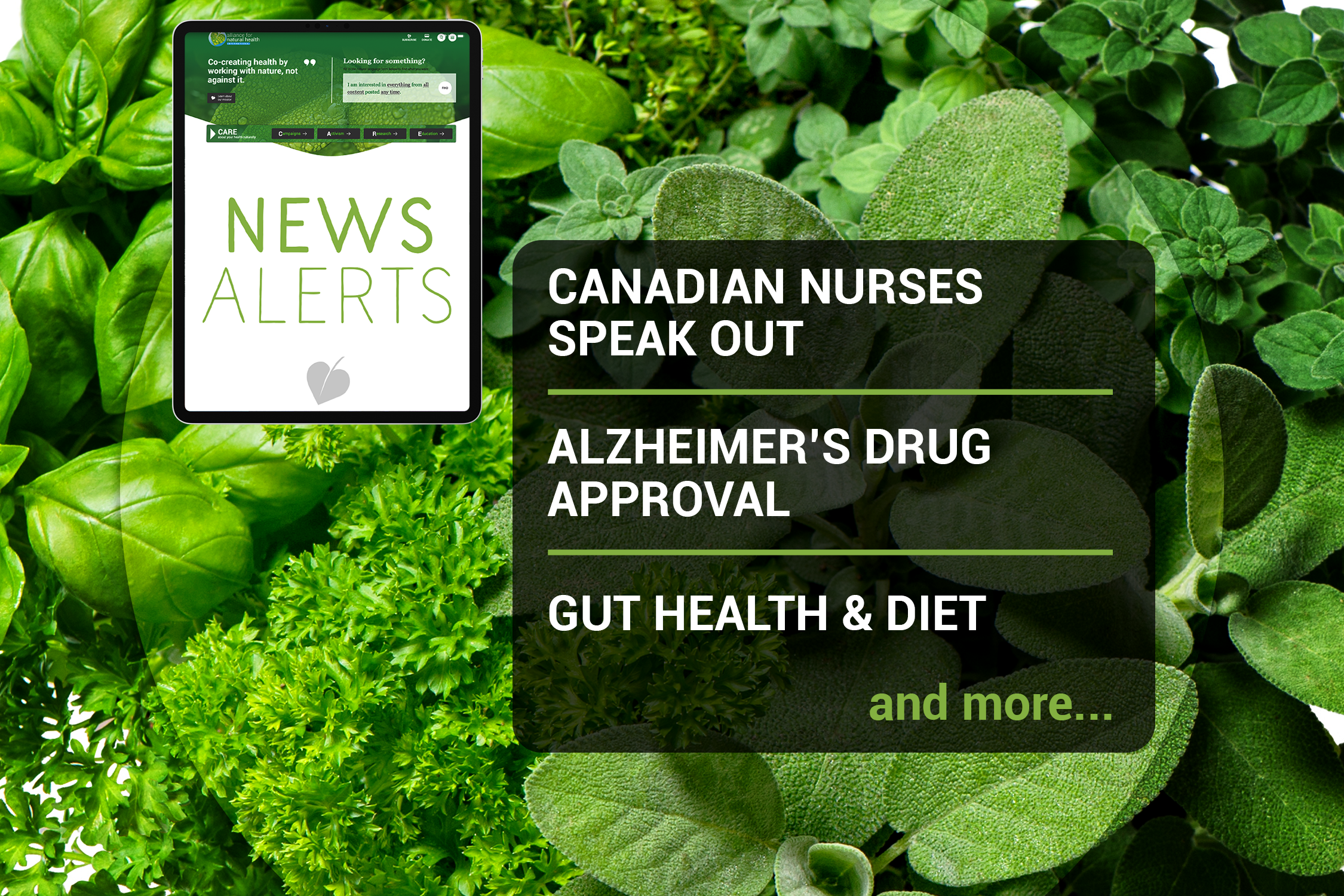 Following the lead of the Canadian Physicians for Science and Truth, brave nurses in Ontario Canada have published a Declaration against a dictat from their governing body, the Ontario College of Nurses (CNO), threatening nurses with “…punishment – investigations and disciplinary action” should they dare to speak out against measures imposed in response to covid-19. The Declaration notes the gagging order prevents nurses from effectively advocating for their patients individual care needs and removing medical freedoms. You can show your support for the stance of the Ontario nurses by signing the Declaration.

Is news of a new Alzheimer’s drug too good to be true?

News of the US Food and Drug Administration’s (FDA) decision to approve a new drug for Alzheimer’s disease, known as Aduhelm (aducanumab) in the US, has reverberated around the media raising the hopes of many that there is at long last a treatment for this debilitating condition. The drug is poised to be a cash cow for its maker, Biogen, despite the fact that here is little evidence of its effectiveness as outlined in the Geriatrics Healthcare Professionals letter calling for non-approval of the drug. There has been surprise that the FDA has made the decision to approve the drug for the treatment of all Alzheimer's sufferers rather than just those with mild cognitive impairment. Clinical trials of the drug were stopped in 2019 because they weren't showing any gain with the drug. However, following reanalysis Biogen announced the second trial had shown a benefit after new data was added. Even more shocking is that despite 10 out of the 11 members of an advisory committee voting against approval (the 11th member was uncertain) for Aduhelm, the FDA have overruled them to approve the drug regardless. Yet more revolving doors in the echelons of power? It seems that this decision has been more political than based on scientific rigour, robust trial results and ultimately citizen health. The approval of the drug is likely to further reduce the willingness of individuals to adopt strategies to deal with the causes of the disease naturally instead placing their faith in another 'saviour drug' with suspect effectiveness.

A profusion of studies have been published recently looking at the links between gut health, the food we eat and chronic disease. The first, published in The American Journal of Clinical Nutrition, reiterates the link between diets high in plant-based foods and highly diverse gut microbiota. Published in Cell Host & Microbe the second study, albeit in a mouse model, demonstrates the link between eating a Western diet and an increase in gut inflammation. Additionally, those who eat higher levels of vegetables and fruit have lower stress levels according to new research published in Clinical Nutrition. The final gut offering this week is a study published in Nature, in which researchers analysed the gut microbiomes of modern day humans and compared them to ancient North American peoples. They found evidence of microbes never seen in modern day microbiota in the ancient microbiome samples. The modern day microbiomes were found to have a far higher inflammatory load thought to be driving modern day disease such as type 2 diabetes. All of these new studies add to the plethora of science supporting the use of our Food4Health Guidelines to create and regenerate health.

The Indian health authorities issued recommendations for the treatment of mild covid-19, including the use of ivermectin, at the end of April contributing to a dramatic drop in cases. The Directorate General of Health Services (DGHA) has now made a complete about turn and removed its recommendations for almost all of the repurposed drugs previously approved stating there is no need for the use of drugs for mild cases. The DGHA's 180 degree turn unsurprisingly appears to be focusing now on high value/high profit Big Pharma drugs such as Remdesivir, which are used later in the disease process as against very cheap ivermectin, which is used to nip the disease in the bud early on. A new preprint study from the Dominican Republic supports the use of ivermectin as a preventative. Studying healthcare workers, researchers found the drug significantly reduced infection rates. For more on ivermectin and its role in treating covid-19 illness, listen to Rob Verkerk's recent interview with Dr Tess Lawrie as part of our Speaking Naturally series.