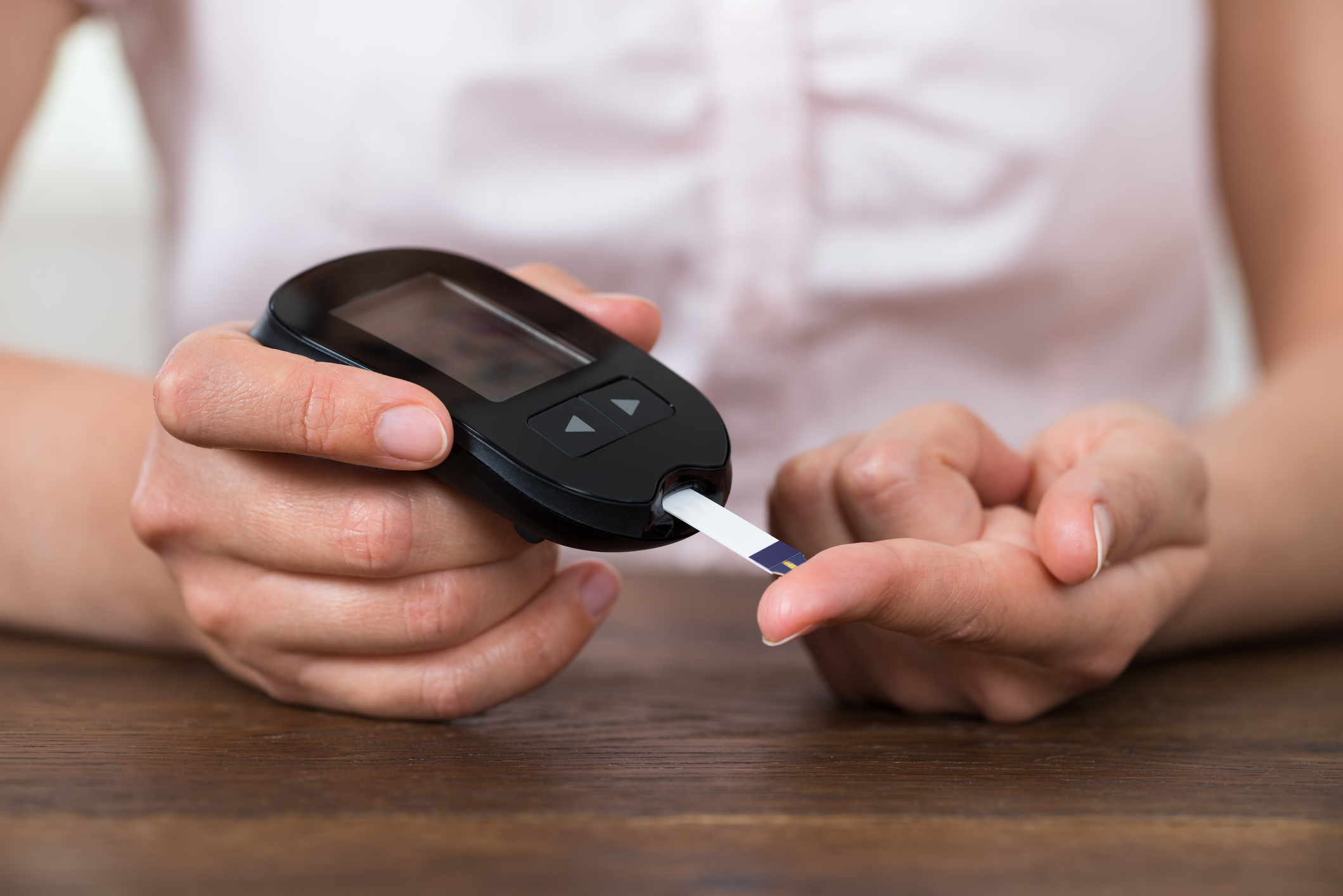 Why your doctor probably has it wrong on blood sugar monitoring

What we were being told

You know the old adage, you get what you focus on? It’s an oft used catch cry of motivational gurus like Wayne Dyer, Tony Robbins and Zig Ziglar – because it's verifiable fact. It’s got quite a lot to do with how the brain works, but there may be more to it than that; the science of intention suggesting the reasons might go beyond the physical reality.

In the knowledge that the principle applies in general terms, think what happens when you get told on an almost daily basis that we’re all getting type 2 diabetes and becoming obese.

It’s no surprise that many thought-leaders in the healthcare space are saying, we’ve got to help people to take matters into their own hands. The Evidence-Based Medicine (EBM) model of medical decision-making has worked amazingly well to help put more and more drugs into the hands of sick patients. But it’s done precious little to slow the tide of multi-factorial diseases linked to our poor adaptation to modern diets and lifestyles.

By the time someone has built up a pattern of eating donuts as a means of comforting themselves when the going gets tough – it’s too late. If people were to better understand the negative consequences of a given behaviour before it habitually pushes them deep into disease – surely that would be better than waiting for the car smash?

This brings us to the rapidly emerging world of digital health: self-monitoring with wearables and apps, electronic diaries feeding through web-based apps, and of course the ‘home use’ of medical devices. Among the most widely used devices are blood pressure and blood sugar monitors (glucose monitors or glucometers).

Just as the populace is really beginning to engage with all of this, we’re now being told – type 2 diabetics are taking their blood sugar too often. This edict has gone global.

In the UK, it was 2015 that the UK’s National Institute of Health and Care Excellence told doctors to not recommend home testing of blood sugar for most patients. This decision followed various randomised controlled trials and a Cochrane review in 2012 involving just 3000 patients. The long and short of it was that not much benefit could be found among type 2 diabetics who were home monitoring blood sugar, were on ‘antidiabetic’ (don’t you love that term?) meds like Metformin, but weren’t taking insulin.  This was reinforced in a paper by Dr Kevin Platt and others published in JAMA Internal Medicine in December 2008.

This in turn triggered three major societies, the American Academy of Family Physicians, the Society of General Internal Medicine, and the Endocrine Society did the same thing, releasing a statement that most type 2 diabetics don’t benefit from tracking daily blood sugars. All of this in direct contravention of what doctors and the public were told a decade earlier, including by some of these very societies (e.g. see American Family Physician journal, 2007).

The driver for all this is supposedly money. It’s being done under the pretence of saving money on blood glucose test strips paid for by the state/taxpayer (e.g. in the case of the NHS) or by insurance companies/premium payers where the medical system is privatised (e.g. in the USA). It’s blatant too. That’s what the JAMA Internal Medicine study (2018) was all about. It’s also what the 2015 NICE recommendations in the UK are all about.

Take some UK figures quoted by the Nuffield Department at Oxford University from 2010; the amount spent on blood glucose testing strips in England in primary care was around £150m, while about £300m was spent on insulin and £250m on antidiabetic drugs. What they’re suggesting is those type 2 diabetics on antidiabetic drugs don’t need to do home testing – the logic is because the drugs are already regulating the blood sugar.

They’re also suggesting that the shift towards routine testing of glycated haemoglobin (the HbA1c test) is all the testing you need – because it tells you what your average blood sugar control has been like over the last 3 months.

In the UK, more and more doctors have now stopped testing fasted and post-prandial (2 hours after eating) blood sugar as well as stopping oral glucose tolerance tests. HbA1c is replacing them all – and all the finer details of individual metabolic responses are being cast aside.

We have a problem, Houston

This advice flies in the face of everything that we know about the pathogenesis (disease development) of type 2 diabetes and how we might prevent or reverse it. The disease develops when we lose our ability to tolerate carbohydrates and sugars. In the early stages of the disease, our cells become less sensitive to insulin (insulin resistance). The body then can’t use the blood sugar so it starts building up in the bloodstream. It sticks to the haemoglobin in our red blood cells, hence the value of the HbA1c test. The beta-cells in the pancreas often become impaired in the process and will often lead to delayed or insufficient insulin secretion. When we lose the ability to control blood sugar properly through the rapid response of insulin, we then provide the perfect storm that kicks off the complex derangements (dysfunction) in our appetite and energy control systems that are linked with metabolic syndrome - and what’s increasingly referred to as diabesity. That’s the dual epidemic of type 2 diabetes and obesity.

The fact is – no two individuals respond in exactly the same way to carbohydrates, nor is it likely that any two people eat exactly the same food all of their lives. Genetic and environmental differences, coupled with differences in our gut microbiome are big reasons for this.

Given that restoring proper blood sugar (glycaemic) control is central to dealing with one of the biggest healthcare crises societies face – we need to get this right.

And here’s the big problem we’re faced with once doctors stop testing blood sugar levels and people are told not to worry about testing their blood sugar themselves: HbA1c is left as the main test by which people are left to manage their diet. Only the information we get from HbA1c is so ‘big picture’, in practical terms, it’s really only useful for two things:

Fasting (overnight) and post-prandial blood sugar testing by your doctor provide a lot more detail than HbA1c alone. Over and above this, you can get even more information with ‘home testing’ or self-monitoring. With the right guidance, an individual can develop enormous insights into what types of food or food combinations can be tolerated more or less easily.

Another major factor is linked to the differences in our gut microbiota. Different profiles of communities of gut microbes make us respond differently to different foods, and different changes in our diets can surprisingly rapidly change our inner microbial communities.

Health authorities and doctors should be encouraging people to home test so they can understand better their individual responses to different foods and diets. Doctors should continue to do fasting blood sugar and post-prandial blood sugar tests – not only in diagnosed type 2 diabetics but also in those who are risk of type 2 diabetes, especially those who are overweight or obese.

The trouble with the mainstream healthcare system is that it does far too little until the ‘car crash’ has happened. Stopping routine blood sugar testing both in clinics and outside them is part of the new paradigm of value-based healthcare that suggests that money can be saved if diabetics who are already on meds only have their HbA1c measured.

An upstream, health and care system – as we detail in our health system sustainability blueprint – is about health creation. It’s about how you keep people healthy with the support of an enabling collaboration of health practitioners.

NICE’s updated guidelines on blood sugar testing and the position of the three, highly influential US societies, namely the American Academy of Family Physicians, the Society of General Internal Medicine, and the Endocrine Society, works in direct conflict with health creation and disease prevention.

So – if your glycaemic control isn’t all that it should be – self-monitor as often as you consider valuable, especially with the support of a suitably qualified and experienced health professional (there’s a few of them out there, especially ones practising integrative or functional medicine!). Your overnight fasting and post-prandial levels, the latter taken 2 hours after the start of your last meal – could give you enough information to prevent you from getting diabetes in the first place. How much money and drugs could be saved if all those who are at high risk of type 2 diabetes were encouraged to do this!

One more thing – supplying someone with blood sugar sticks for a year of testing (a generous amount of time to help a pre-diabetic or early-stage type 2 diabetic to become fully healthy using non-drug, diet and lifestyle approaches) is a whole lot cheaper than decades of drug dependence. That’s not only real value-based health care – it’s also sustainable health care!