Home News Homeopaths get onto the front foot! 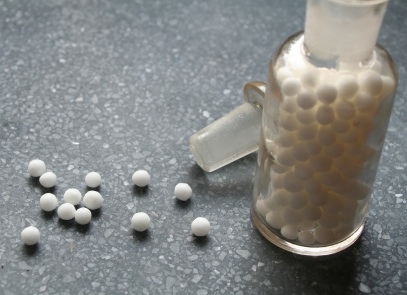 Homeopaths get onto the front foot!

Over a hundred homeopaths, scientists and journalists gathered yesterday&nbsp;at a conference at the University of Westminster in London to evaluate the scientific evidence on homeopathy.&nbsp;

Speakers at the conference, entitled Scientific Research in Homeopathy, organised by the Complementary Medical Association, included Dr Lionel Milgrom, Dr Alex Tournier of the Homeopathy Research Institute, Dr Robert Verkerk of the ANH and the heads of a number of the homeopathic associations.

The verdict? There is a substantial body of high quality evidence in the peer reviewed literature that detractors, like Professor Edzard Ernst, seem to refuse to look at. These data, recently consolidated by the Homeopathy Research Institute, can be accessed via a PowerPoint presentation downloadable from the Institute's website.

Homeopathy has been subject to ever greater attacks since Professors Michael Baum, Edzard Ernst and other doctors launched a stinging attack in May 2006.

The following links give an indication of the severity of the attacks, which have been focused to a much greater extent in the UK, compared with other European countries such as Germany and France, where homeopathy is more widely accepted by the medical profession:

During the conference, Dr Milgrom described the small number of doctors, including Drs Colquhoun, Ernst, Baum and Born, as 'new fundamentalists' given their apparent obsession with ignoring important, published research, as well as ignoring clinical experience which was a key source of evidence as determined in the original definition of Evidence-Based Medicine (JAMA. 1992 Nov 4; 268(17): 2420-5).

Dr Milgrom demonstrated that the 'new fundamentalist' approach could be summarised as follows:

Dr Tournier assessed in detail the total body of research available. He included in his presentation evidence collated by Dr Peter Fisher, the Queen's homeopath, which showed that 44% of RCTs demonstrated clear benefits of homeopathy in published, high quality human trials.  This figure is a stark contrast to just 13% of conventional medical treatment that showed benefits: see BMJ Clinical Evidence.

Dr Tournier showed that the only significant basis for the opinion that homeopathy is less effective than conventional medicine is the reliance on a deeply flawed meta-analysis by Shang et al 2005, published in the Lancet journal. This paper failed to meet the agreed (QUOROM) criteria for systematic reviews and meta-analyses, including the failure to identify or provide references to the 8 (out of 110, or 33 high-quality) trials used in the meta-analysis to demonstrate that responses to homeopathy are no greater than placebo. These were subsequently identified by the authors (Lancet, December 2005) and were reported by the European Committee of Homeopathy. Three other meta-analyses, which met the agreed criteria, showed that homeopathy was clearly beneficial over and above placebo.  These three meta-analyses are included in the Database of Abstracts of Reviews of Effects (DARE), held by the Cochrane Library.

Note: The Shang et al meta-analysis, which actually showed that homeopathy clinical trials were of a higher standard than ones on conventional medicines, has been amply criticised by numerous researchers and doctors in the peer reviewed literature, including by Frass et al 2005, Kiene et al 2005 and Peters 2005.

Dr Robert Verkerk of the ANH showed how evidence-based medicine had been side tracked from its original objectives of including the best of both individual clinical expertise and external (published) scientific evidence.  He then demonstrated how over-reliance on double-blind, randomised controlled trials could provide an understatement of efficacy, this problem applying also, but to a lesser extent, to trials on conventional pharmaceutical medicines.

Dr Verkerk summarised the key deficiencies of RCTs as applied to homeopathy under the following headings:

For more information, see the ANH practitioner pages on homeopathy.