Home News Are you being heard? Eavesdropping and wiretapping in Europe and the USA 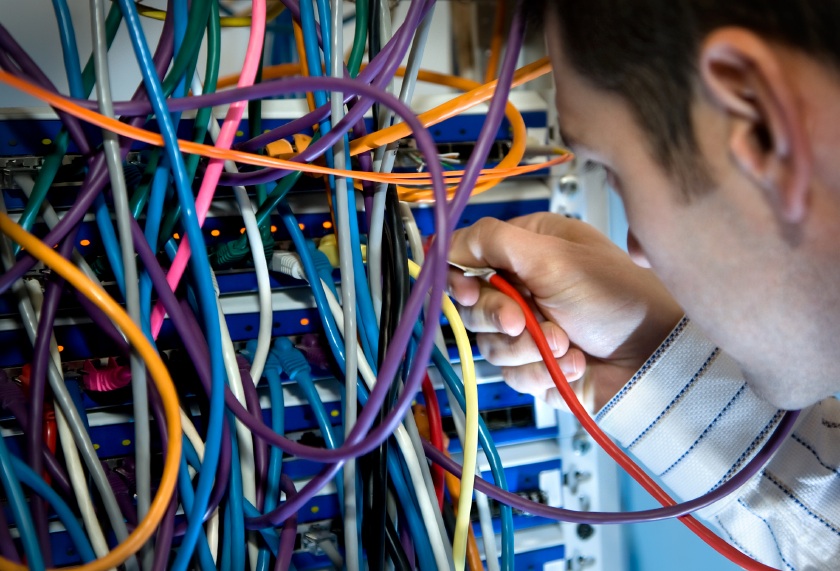 Are you being heard? Eavesdropping and wiretapping in Europe and the USA

Some Americans may feel they are cosy and safe, perhaps feeling a little sorry for the Swedes, Germans and other Europeans who are losing their rights to privacy seemingly by the minute. We show why warrantless wiretapping of all telephone and internet communications in the USA is inevitable&mdash;especially now George W is pressing so hard to get privacy data on Europeans!&nbsp;

Sweden – are you listening?

The Swedes, through a narrow parliamentary majority, voted through last month one of the most severe invasions on privacy, the signal surveillance or wiretapping law. What this means—at least in Sweden—is all telephone and internet operators will be forced to attach a large cable to the country’s government supercomputer, where the state will be able to keep a record of everything said in telephone conversations, surfed on the web or written on the internet.

All phone calls, emails and surfing habits of Swedes will be monitored by Sweden's National Defence Radio Establishment (Försvarets Radioanstalt—FRA). Not all data will be saved, but anything that is considered interesting on the basis of around 250,000 search criteria, will be saved for further investigation.

Thankfully the Swedish population are not taking this loss of their personal freedom lying down.  A two million strong protest has been lodged by email, against tactics that one would expect from the East German Stasi during the Cold War, if email had existed.

Non-Swedish readers: Do you like the idea of this? Will it make you sleep better at night? Or will you worry about what you say in every conversation or what you write in every email? Will your home or work life feel better—or worse? Are you really so worried about being blown up by terrorists that you regard this as a necessary evil? Or are you worried about how else the data might be used? We at the ANH are!

Germany – now even worse than the Stasis and Nazis?

Don’t believe for a minute this is only happening in Sweden. The Germans have been up in arms over data retention policies that came in on the back of a 2006 EU Directive. This also has a remit that is meant to protect Germans from crime and terrorism—but it also hands over data that can be used by the government for numerous other purposes!

How about those of us who want to import banned natural products, for example?

Many are saying that these laws are worse than anything used by the Stasi secret police in East Germany or even the Gestapo in the West. But, given their past concerns about being tapped, the Germans are objecting. The problem is that the EU Directive means that, over time, these laws are going to be applied across the whole of Europe—it's just that some countries are keener to move forward quicker than others—and let's face it they don't want over 450 million people engaging in a revolution at the same time!

Good Morning America: do you know that your President is in on the act?

Well, well. While some Americans might still think that they live in the most free country in the world—when the President of the United States of America decides to go public about his interest in wiretapping Europeans, you know that it’s a matter of time before the demands of our globalised society will dish up exactly the same treatment on both sides of the Atlantic.

The US government, and the Department of Homeland Security in particular, is doing its darndest to finalise a US-European pact to give it the right to access private data of European citizens—to keep you all safe from terrorists which might hanging out in Europe.

But you see the problem?

Once all the Europeans have been tapped to smitherines—all of the time, wherever they might be, through any electronic or digital medium—no warrants required—it’s going to be easier for terrorists to hide out in America. You see, terrorists don’t really mind where they are as long as they can find ways of not being tapped when they try to behave like normal, responsible citizens or visitors. So, it only follows that America will have to follow suit, so that everyone has equal treatment in our wonderful globalised world where there is nowhere for anyone who might have terrorist—or dare I say it any other subversive—tendency to hang out. Good plan Stan—or should I say George....and Tony, and of course Gordon.

Or has it already happened? Although the US and UK governments are coy on the subject, the leaks around Echelon would suggest it might be too late to stop the juggernaut. With more than 40 cases on potentially illegal wiretapping being heard by a single judge, it is heartening to see that some are prepared to fight Presidential powers to order wiretapping.

Maybe you can understand our concern over how all of this could work against anyone wanting to do something about excessively powerful multinational corporations who are working in cahoots with governments to remove our freedoms—including our right to choose natural health over patented drugs or surgery.