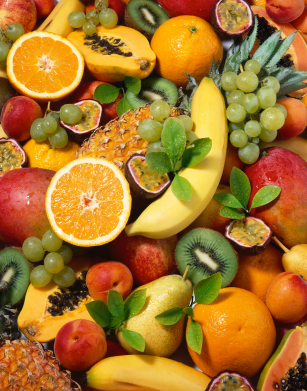 Feature: The real story of vitamin C and cancer

Tuesday 5th Aug saw yet another media frenzy over what was sold to us as breaking news.&nbsp; If you were to believe the hype, then you could be forgiven for thinking that the study released from the US National Institutes of Health showing that intravenous vitamin C is effective at destroying cancer, is totally new.&nbsp; It isn't and worse, the true pioneers of this research haven't even been acknowledged!

What was all the fuss about?

An apparently new study has been released from researchers at the US National Institutes of Health (NIH) showing that high-dose injections of vitamin C, known too as ascorbate or ascorbic acid, reduced tumour weight and growth rate by about 50 percent in mouse models of brain, ovarian, and pancreatic cancers.  The study has been published in the August 5, 2008, issue of the Proceedings of the National Academy of Sciences and these researchers have traced ascorbate's anti-cancer effect to the formation of hydrogen peroxide in the extracellular fluid surrounding the tumours, but leaving normal cells unaffected.

If you missed the original story in the papers on Tuesday then click on the following links for a selection of the coverage:

Vitamin C may be useful to treat cancer after all

Exciting stuff and hopeful too for the millions of cancer sufferers out there, but is it new and is it the full story?  We would have to say 'no' to both questions.

The Real Story of Vitamin C and Cancer

Dr Steve Hickey and Dr Hiliary Roberts of the ANH Scientific Expert Committee, and authors of three books on vitamin C ('Ascorbate: The Science of Vitamin C', 'The Cancer Breakthrough' and 'Cancer: Nutrition and Survival')  have prepared a considered response documenting the real story.

For people who have followed this matter, the media’s sudden interest comes as something of a surprise: the evidence that vitamin C is a selective anticancer agent has been known for decades. This story is important, as it illustrates how the head-in-the-sand conventional view (that nutritional supplements are useless) can lead to restrictive legislation, reduced health, and limited approaches to the treatment of disease.

However, the recent NIH study, while interesting, adds little to the studies it replicates. More interesting is the lack of historical perspective, which may detract from the people, such as Hugh Riordan, Abram Hoffer, or Linus Pauling, who deserve the credit for carrying out original research, despite conventional medicine actively suppressing their work. The groundbreaking work of doctors such as those in the British Society for Ecological Medicine, who have risked their careers to provide vitamin C based treatments for cancer and other conditions should be recognised. These pioneering doctors are often well aware of the scientific evidence and should not be described as “complementary” or “alternative”. Perhaps, one day, the media will realise the true story of vitamin C and cancer, and patients will have the opportunity to benefit.

Of note is the emphasis that intravenous vitamin C is the only form that's effective at fighting cancer.  Dr Mark Levine claims that "When you eat foods containing more than 200 milligrams of vitamin C a day — for example, 2 oranges and a serving of broccoli — your body prevents blood levels of ascorbate from exceeding a narrow range."  Dr Hickey and Dr Roberts show that his statement is false, corroborated by the NIH’s own data and is an artefact of the way the NIH group interpret their experiments.

You will be heartened to find out when you read their full response, that oral doses of vitamin C are effective and in fact are often preferable when consistently high blood levels need to be maintained.  Intravenous application has its place, but will give a high spike of vitamin C that then tails off dramatically and is therefore difficult to maintain.  What wasn't made clear in the study or the news stories is that cancer patients generally require massive intakes of vitamin C, resulting in steady high blood levels, which tumour tissues absorb, and which then generate the hydrogen peroxide that kills the cancer cells.

The ANH is committed to defending our collective right to take supplements and to use natural remedies over new-to-nature molecules (drugs), if we so choose. Over the last century, we have benefited from a large increase in life expectancy and freedom from many diseases. Much of that benefit has arisen directly from nutrition.  We need access to supplements, which provide the possibility of disease prevention without significant risk. If this basic right is removed by Codex Alimentarius, or similar legislation—for example, the draconian regulatory measures that the natural health sector is facing in Europe—even pioneering doctors will find it difficult to progress the nutritional treatment of disease. The health of most of us will suffer. We will get more illnesses, more often, and options for medical treatment of major killer diseases, such as cancer, heart disease, and stroke, will decline.

Download the full response: The Real Story of Vitamin C and Cancer.

Please forward this as widely as you can.

Back to Latest News stories