The ANH is one of eight European organisations breaking new ground at the European Social Forum (ESF), in Malmo, Sweden (17&mdash;21 Sept 2008) to become a voice for change for the natural health industry.&nbsp; For the first time, the ESF is hosting a Natural Health Forum so as to give a voice to the social and human rights issues arising from the restrictive European legislative approach towards natural health.

Meleni Aldridge, Development Manager, is representing the ANH and presenting a lecture and a workshop on Sunday 21st Sept, 9.30—12.30 pm, alongside representatives from the other eight organisations. 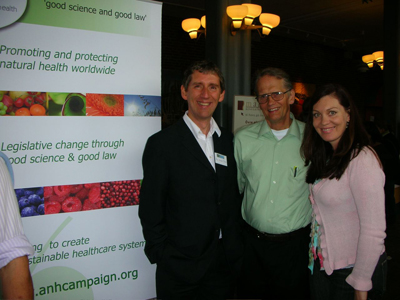 The eight organisations represented by the Forum for Natural Health are: 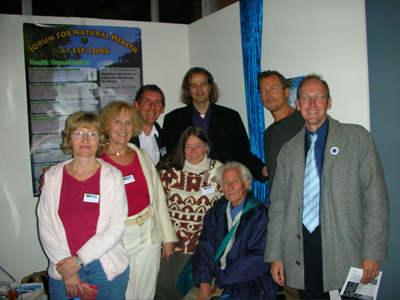 What is the European Social Forum?

The European Social Forum (ESF) is the regional counterpart of the World Social Forum and interestingly it's the same age as the ANH, having been first held in Florence, Italy, in 2002 and lastly in Athens, Greece, in 2006.  The forums have been attended by over 150,000 participants and have brought together thousands of organisations, networks and NGOs determined to make another Europe possible.  However, until now there has never been a voice representing the plight of the natural health industry and our loss of health freedoms, due to the raft of EU legislation we've seen since the Food Supplements Directive raised it's ugly head in 2002.

From September 17th to 21st, 2008, the ESF is being held in Malmö, in the south of Sweden.  The forum is by far the biggest meeting place for social movements and a progressive civil society in Europe—with the aim to create a better Europe and a better world.  More than 20,000 people are expected to participate in Malmö and during five days over 200 seminars and workshops will be mixed with culture, film, music, informal meetings, activism and demonstrations.